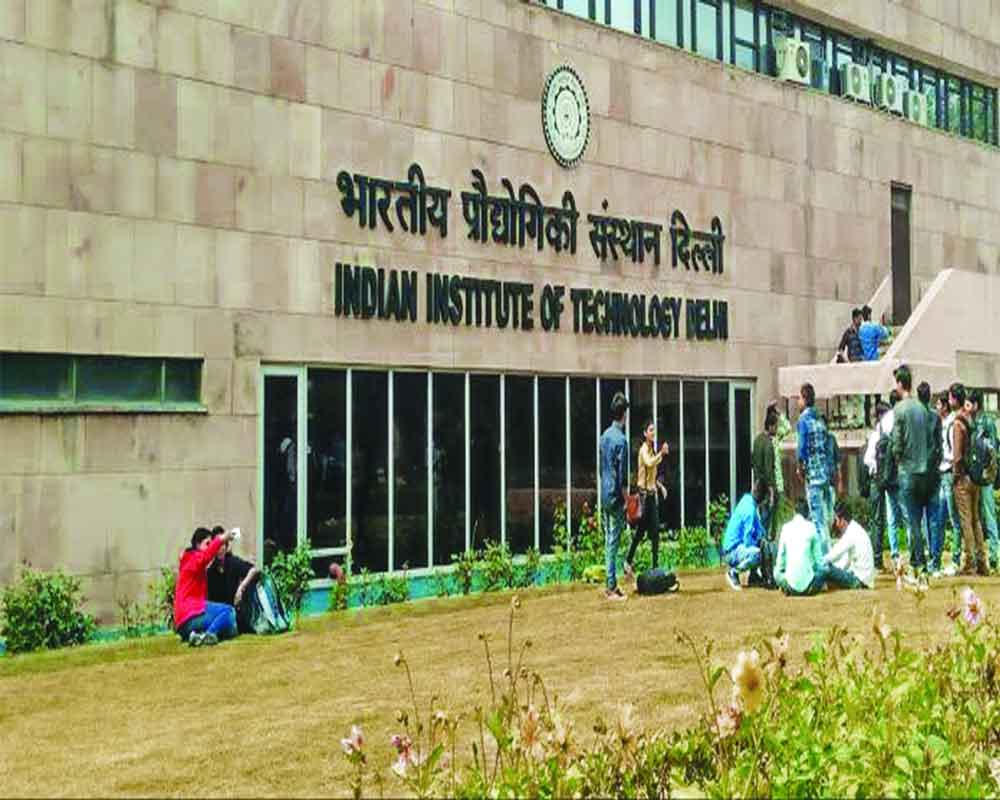 The FM will have to juggle between inclusivity and resource augmentation.  Hopefully, one day, we would deliver on allocating six per cent of the GDP to education, first made in 1968

Each year, as soon as the ceremonial halwa is served in the North Block and Finance Ministry officials are locked in, the entire nation starts asking a question which is embossed on the home page of the Press Information Bureau’s (PIB) website — what’s in it for me? Clicking the youth icon on the portal leads to a dialogue box which identifies five new initiatives under the hashtag #BudgetForNewIndia. These include the New Education Policy (NEP), National Research Foundation (NRF), the ‘Study in India’ programme, Higher Education Commission of India (HECI) and National Sports Education Board (NSEB) under the Khelo India scheme. The fact that each of these proposals can radically transform the education sector makes the forthcoming Union Budget a particularly interesting one. And, for the same reason, there is anxiety too. Moreover, some of the trends in the previous Budget outlays have added to apprehensions. Between 2017-18 and 2019-20, the share of IITs declined from Rs 8,337 crore to Rs 6,223 crore. The University Grants Commission (UGC), IIMs (Indian Institutes of Management) and the All India Council for Technical Education (AICTE) have registered funds cuts too. Should we be worried?

Let us begin by acknowledging that the mechanism through which the Ministry of Human Resource Development (MHRD) arrived at some of these schemes was elaborate, inclusive and certainly not hurried. Before the release of the NEP draft, the MHRD initiated a nationwide multi-strata debate around 20 themes each for school and higher education. Moreover, the document is refreshingly candid, forthright and does not shy away from asking provocative questions. For example, in the context of State universities, it admits to problems such as excessive politicisation and deteriorating research standards. Further, a number of recurring features across the NEP draft, themes for policy consultation and the NITI Aayog’s Strategy for New India (SNI) suggest clear thinking on the part of the Government. Training schools for teachers, recruitment and retention of faculty with research aptitude, industry linkage and so on are common to all three documents.

Similarly, there is an admission that State spending, both by the Central and State Governments, must be significantly enhanced. The NEP draft proposes an incremental increase in public spending on education at the rate of one per cent per year till it reaches 20 per cent of the total expenditure. But, in a country where educational infrastructure is yet to stabilise with respect to its demographic size and diversity, challenges are multi-pronged. Increasing the Gross Enrolment Ratio (GER) in higher education to 35 per cent by 2022-23; establishing new institutes; augmenting existing infrastructure and making Indian universities globally competitive are some of the major concerns. It is perhaps for these reasons that the Government is mulling public-private partnership in higher education and loan-based credit for expansion of facilities. The establishment of a Higher Education Financing Agency (HEFA), a joint venture between the MHRD and Canara Bank, is a step in this direction. The HEFA intends to leverage funds from the market and extend low interest loans to universities for R&D.

However, repayment of loans, even if stretched over a decade and offered interest-free, could prove an uphill task for most universities. If initiatives such as ‘Study in India’ were to succeed and India were to transform into a knowledge economy, one would expect a substantial rise in revenue generation through tuition fee. However, this will entail generous endowments for creation of world-class infrastructure and a gestation period of some years for return on investment. But according to the MHRD’s own documents, it is not fair to expect that higher education institutions will meet operational costs through student fee alone. Global trends suggest that robust infrastructure develops in countries with healthy state support. Moreover, in these countries, state support is matched by an equally generous grant from non-state stakeholders. These include corporate philanthropists and alumni. But these are either knowledge economies like Australia and South Africa or societies like the UK, the USA and Germany that take immense pride in the international stature of their educational institutions.

It should be registered with a certain degree of alarm that even though individual philanthropy is on the rise, the overall figures do not appear very encouraging for India. According to Bain and Co’s India Philanthropy Report, 2019, contributions of Rs 10 crore and above, which constitute nearly 55 per cent of the entire volume of individual philanthropy, have registered a decline of four  per cent since 2014. This is both surprising and sad as the number of Ultra-High Net Worth Individuals (UHNWIs) has grown by 12 per cent over the same period. Further, the fact that Azim Premji alone accounts for nearly 80 per cent of the aforementioned 55 per cent, goes to show that the idea of Corporate Social Responsibility (CSR) is yet to take roots in India’s corporate culture. Similarly, alumni support is too variegated to be factored in as a stable component in financial overhaul. While top professional institutions like the IITs and IIMs manage to raise huge funds through their alumni, the same may not be true of NITs and other management institutes, let alone universities specialising in humanities and social sciences. The sincerest of efforts at alumni outreach at India’s top-ranked colleges yield at most an annual alumni meet and an abysmal donation through membership subscription. Even with proactive placement cells and the best of faculty, strictly in market terms, a student with a degree in literature cannot be scaled at par with one with a degree from IIT. Understandably, their ability to pay back to the institution is considerably lower than that of an average IITian. But the picture isn’t entirely bleak. Government-aided business incubators, established at degree colleges and universities across India, have been moderately successful. If properly nourished, successful business models can provide the host institution with both direct revenue and potential alumni-philanthropists. But at the initial stages this, too, shall entail generous risk-free endowments.

At a time when we speak of unburdening our students and allowing them the freedom to explore a career of their aptitude, it is not advisable to link every academic activity with industrial output. To quote Chief Justice of India SA Bobde, universities are not supposed to function like assembly line manufacturing units. While we need capital to run a country, cultural capital is equally important for the well-being of a society. Promotion of science and industry might take the centrestage but endeavours to preserve our history, culture, modern Indian languages and classical languages shouldn’t lag too far behind. Global trends suggest that while departments of Indology are getting progressively replaced by South Asian Studies, China is strengthening its soft power by financing departments of Chinese studies. It is now up to the Indian universities to open centres of excellence where classical cultures of the country may be taught and translated. Unless UHNWIs come forward and fund a project similar to Narayan Murthy’s Harvard-based Murty Classical Library, the onus of endowments would be on the Government.

As per reports compiled by NASSCOM and PurpleLeap, both of which are cited in the MHRD document, only 25 per cent of India’s engineering graduates are employable. Even interventional training fails to brighten their prospects. Opening more technical institutions without emphasis on quality would only create a national backlog of technocrats with a sense of entitlement and huge education loans to pay forward. As is promised in the NEP draft and SNI, serious efforts must be made to improve teaching standards in India. This alone will solve many of the problems that afflict the education sector as only inspired teachers can churn out a globally-competitive workforce. Teachers should be encouraged and empowered to undertake research and writings. At the same time, NRF should not end as another bureaucratic superstructure with every power to stall projects and no resource to leverage.

Undoubtedly, the Finance Minister will tread a tightrope, juggling between inclusivity and resource augmentation.  Hopefully, some day, we would deliver on our national commitment of devoting six per cent of the GDP to education, first envisaged in 1968.

(The writer teaches English at the University of Delhi)