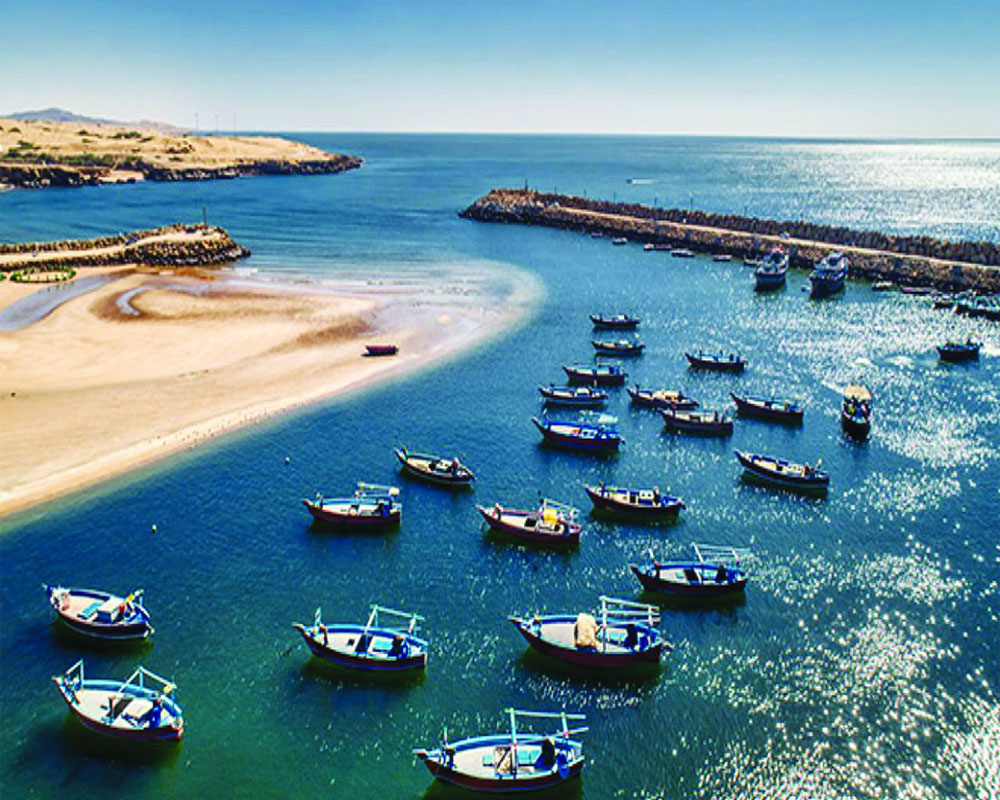 If Trump can be persuaded to see the Baloch quest and Iran as potential allies that could take the Makran coast away from China, it would put a powerful brake on the latter’s ambitions

Indian analysts seem indifferent to the threat of India losing the railway line from Iran’s Chabahar port to Afghanistan and Central Asia and suggest that New Delhi should focus on ties with Arab countries that provide energy security and jobs to millions of Indians. The view that India must choose between the Sunni Arab world and Shia Iran is myopic and contrary to established Indian diplomacy. Certainly, lakhs of Indian Muslims annually visit Saudi Arabia for hajj/umra but the lockdown imposed in March revealed that thousands of citizens visit Karbala and Najaf that are sacred to the Shias. Many work in Iran. Indeed, Commander Kulbhushan Jadhav (retd) is believed to have been abducted from Chabahar and pushed across the border into Pakistan.

The stalemate in India-Iran ties is due to US sanctions that cover countries engaging with Tehran commercially. India secured an exemption for the Chabahar port, which may not cover the railway, and stopped buying the light Iranian crude suited to its refineries after the six-month grace period ended. The freeze on its oil revenues seriously hurt Iran’s economy, forcing it to seek ways to end its economic and diplomatic trauma.

Tehran moved cautiously, leaking “news” about a $400 billion deal with China, which seemed credible given Beijing’s huge investments across the globe. An unverified 18-page document gave the details of a 25-year Iran-China agreement that Chinese President Xi Jinping had proposed during a visit to Iran in January 2016. It mentioned a $280 billion investment in Iran’s oil and gas industry and $120 billion across various sectors. Beijing would receive crude oil and gas at discounted prices for 25 years.

New Delhi was alarmed at the possibility of China funding the railway and depriving India of its coveted alternate route to Afghanistan and Central Asia, bypassing Pakistan. Envoy Gaddam Dharmendra rushed to meet Iranian Speaker Bagher Ghalibaf and Vice Minister of Roads and President of the Railways, Mohsen Pourseyed Aghaei, to salvage the Chabahar-Zahedan (and possibly Zarang) line. Also at stake is a free trade zone to serve the landlocked Central Asian states. Further, the Farzad-B gas field was discovered by ONGC Videsh in 2012 but its development has been stuck in wrangling over Iran’s desire for two pipelines as opposed to India’s insistence on a single pipeline. This is purely a commercial dispute and Tehran needs to be reasonable.

But for Chabahar and related projects, India will have to pioneer some deft diplomacy to break the deadlock between Washington and Tehran or sacrifice its regional ambitions forever. It is no secret that Islamabad is now firmly in Beijing’s sphere of influence; its deafening silence on the treatment of Uyghurs in Xinjiang and refusal to bring its citizens back from Wuhan after the pandemic in order to save China’s face leave no scope for doubt on this score. India did not blame China but rushed to bring its students back from Wuhan; now, the Chinese aggression in Ladakh has dramatically altered the situation.

An independent Balochistan offers a way out. At the time of the Soviet invasion of Afghanistan in 1979, American scholar Selig Harrison had the prescience to realise that the turmoil in Kabul would bring Pakistan’s Baloch problem to the forefront (In Afghanistan’s Shadow: Baluch Nationalism and Soviet Temptations, 1980). Till his death in 2016, Harrison urged Washington to support Baloch independence in pursuit of its own interests in the region but successive administrations from Nixon-Kissinger remained invested in Islamabad.

Now, the China-Pakistan axis has eroded Washington’s relationship with its non-NATO ally. Baloch resistance to Islamabad’s unceasing atrocities and resentment against the China-Pakistan Economic Corridor (CPEC) that encroaches upon their land and resources give America an opening. For, Balochistan is the geostrategic region without which Pakistan is just a landlocked landmass, of no use even to the Army that controls it.

As Italian scholar Valeria F Piacentini observed in 1945, Balochistan is at the crossroads of two “axes”, east-west and north-south, of three macro-regions: Asia, Africa and the Mediterranean basin. It forms the hinge between the Indian sub-continent, Central Asia and the Euro-Asiatic steppes and the Iranian plateau; as also the link between regions that gravitate towards the Indian Ocean and its western “sea routes”, the Persian Gulf and the Red Sea.

This is why London wanted Balochistan to be part of Pakistan and nudged MA  Jinnah after the Khan of Kalat proved obdurate. Balochistan was annexed in 1948. The CIA-MI6 operated from Balochistan to overthrow the then Iranian Prime Minister M Mossadegh after he nationalised the Anglo-Iranian Oil Company. Washington used Balochistan for its proxy war against Soviet forces in Afghanistan and opened war against the Taliban.

Gwadar Port, China’s big prize and raison d’être for the CPEC, belongs to Balochistan. Chabahar is part of the same Makran coastline. If US President Donald Trump can be persuaded to see the Baloch quest and Iran as potential allies, that could take the entire Makran coast away from China (depriving it also of the military base it is building in Jiwani peninsula off Gwadar). It would put a powerful brake on China’s relentless acquisition of ports and bases across the Indian Ocean littoral.

Iran is a catch for Beijing because like Pakistan, it can join the Belt and Road Initiative (BRI) by land and sea, giving it access to staggering geostrategic space. Tehran could link Beijing with Ankara, which offers access to the Mediterranean Sea and the nations of North Africa, Central Europe and Europe that comprise its littoral. The Mediterranean Sea opens into the Atlantic Ocean via the Strait of Gibraltar; this could bring Beijing closer to Washington than ever envisaged by the State Department or Pentagon. Beijing in Chabahar would also have access to the Arabian Sea, Strait of Hormuz and Sea of Oman, besides a shortcut to its military base in Djibouti. A US-friendly Balochistan and Iran would end this dream run.

Interestingly, in June 2020, Moscow arrested Valery Mitko, president, Arctic Academy of Sciences, for allegedly giving China information about submarine detection, a reflection of Moscow’s anger at Chinese ambitions in the Arctic region. Washington has also arrested citizens in prestigious institutions working covertly for China. It should investigate whether the tales of Russian interference in the 2016 and 2020 presidential elections originated from “friends” in institutions that received lavish Chinese funding. Perhaps Russian President Vladimir Putin has signalled as much.