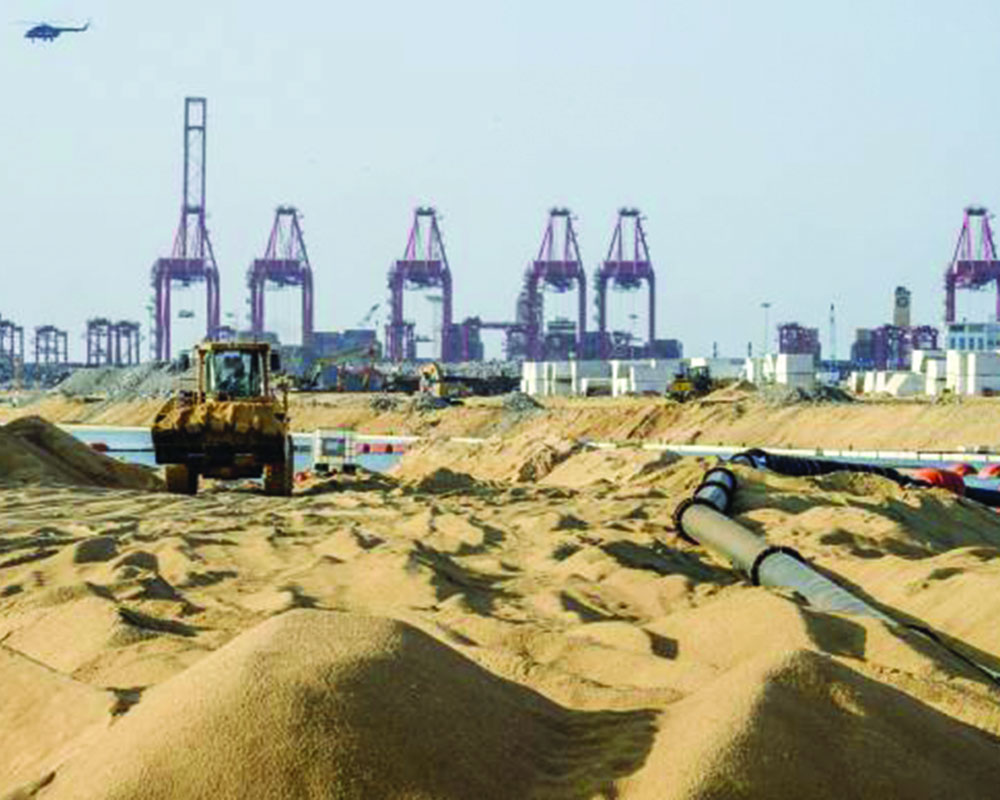 As its domestic strain increases, Beijing may turn more aggressive abroad to show that it is unperturbed by the pandemic or slowdown. That its chutzpah is unparalleled

The unbearable tragedy at the Galwan Valley has little to do with territorial claims and is instead a distraction “with Chinese characteristics” to cover the fact that Chinese President Xi Jinping’s flagship project, the Belt and Road Initiative (BRI), is floundering. At the National People’s Congress in May this year, Beijing announced a military budget of $178.6 billion for 2020 and said it would grow by 6.6 per cent year-on-year, while foreign affairs spending was cut by 11.8 per cent. The military budget stood at $175 billion in 2018 and $177.5 billion in 2019. Helena Legarda, analyst at the Mercator Institute for China Studies (MERICS) mused, “Beijing clearly does not feel safe enough domestically or internationally to slow down its military buildup and modernisation, even at a time when the economy is suffering.”

China’s outstanding debt claims are estimated at $5.5 trillion, that’s 40 per cent of its Gross Domestic Product (GDP), according to the Institute of International Finance. The institute estimates that China’s debt-to-GDP ratio rose by 11 percentage points in 2019 and is now pegged at 317 per cent. It could be higher as the calculations do not include all categories of debt. Moreover, China’s reported GDP seems too high and the excess of liabilities over assets of China’s financial institutions has not been factored in.

Data for the first quarter of 2020 showed a hike in bad loans, defaults and delayed repayments as the Coronavirus hit the economy and first-quarter GDP shrank for the first time in China’s recorded history. The rise in defaults was despite lenders agreeing to delay $124 billion in repayments from smaller companies. The International Monetary Fund (IMF) predicts the Chinese economy would grow only 1.2 per cent in 2020-21 as against 6.1 per cent in 2019-20. However, at the National People’s Congress in May 2020, Premier Li Keqiang said China would not set a target for GDP growth for 2020-21. He announced a stimulus of $672.4 billion, which many considered inadequate but China cannot afford more debt.

China’s economic slowdown began before the Coronavirus pandemic derailed the world economy. After the second Belt and Road Forum meeting in Beijing in April 2019, several Western think-tanks scrutinised BRI finances from public records and found an opaque web of reckless lending, restructured loans, renegotiated loans, debt forgiveness, refinancing and deferrals. Now, Zou Jiayi, Vice Minister at the Finance Ministry, who repeatedly warned about the debt risks from the project, has been asked to make the BRI “more manageable and financially practical.” Observers expect it to be sharply downsized, with viable projects getting priority and the rest ignored. The objective is to somehow avoid a massive default.

The BRI has become fiscally unsustainable because China’s policy banks gave huge loans to fragile States and then extended and even expanded credit lines. The Washington-based consultancy, RWR Advisory, notes that around $461 billion has been given for transport and energy projects from the Horn of Africa to Central Asia from 2013 under the BRI umbrella.

China’s total lending to African Governments, firms and State agencies is around seven per cent of its external debt, valued at $2.06 trillion at the end of 2019 by China’s State Administration of Foreign Exchange. Ernst & Young estimates that Chinese firms invested $72.2 billion in Africa between 2014 and 2018. Herbert Poenisch, former senior economist, Bank for International Settlements, put the total outstanding lending by Eximbank in all countries at $285 billion. Hong Kong-based bankers believe that possibly the Government “does not know how much it is owed or by whom.”

Lending slowed down even before the COVID-19 shock. Logan Wright, director of China markets research at Rhodium Group, reported that net outbound lending has been negative since 2019; lending by mainland policy banks to Africa dropped after peaking at $29 billion in 2016. Commerce Ministry data showed that the number of overseas contracts signed by Chinese construction firms for BRI-related lending fell sharply in 2018, reflecting the growing unease in Beijing that the BRI was “way out of control.” A Hong Kong banker said that by 2019, China had exhausted its ability to maintain the momentum. Beijing’s solution to fund BRI by lending in renminbi did not work as most borrowers only wanted dollars.

This compelled China to increase its dollar-denominated external debt. The COVID pandemic put Beijing in the unenviable position of being asked to forgive some, or even all, of its loans. At the G20 in April 2020, China offered to freeze all debt repayments for the world’s poorest countries until end-2020, the first time Beijing joined a global debt relief initiative. But it refused to include distressed loans disbursed by Eximbank or China Development Bank in the G20 programme. Analysts expect massive downscaling of the project. A few new and viable projects will be launched; the rest sidelined. Lending to Africa will be tightly controlled,  but gaps could be met by “new actors” such as technology firm Huawei.

The Coronavirus has made it impossible to ignore the warnings. The Bank for International Settlements warned in 2016 that excessive credit growth in China posed the risk of a banking crisis within three years. In December 2017, the IMF warned that China’s growing debt-dependency could trigger a new global financial crisis as credit growth had outpaced GDP growth, corporate debt was 165 per cent of GDP and household debt had risen by 15 percentage points of GDP over the past five years.

Columnist Gordon G  Chang believes that China’s foreign exchange reserves could be less than claimed as there have been derivative transactions to hide the quantum of dollar selling to support the renminbi and stuffing of non-liquid investments into its reserves. The increased budget of the People’s Liberation Army (officially by 6.6 per cent) is an extra burden  though deft management has marginally increased foreign exchange reserves to $3.09 trillion in April 2020 from $3.06 trillion in March 2020.

As its domestic strain increases, Beijing may turn more aggressive abroad — Ladakh (India), South China Sea, near Taiwan — to show that it is unperturbed by the pandemic or slowdown. Its chutzpah is unparalleled. In June 2020, Naypitaw discovered to its chagrin that China is covertly building a Hong Kong-size city in Shwe Kokko fishing village in Kayin State, on the banks of Moei river, its border with Thailand. Possibly it would be used to leverage Myanmar debt at a future date.