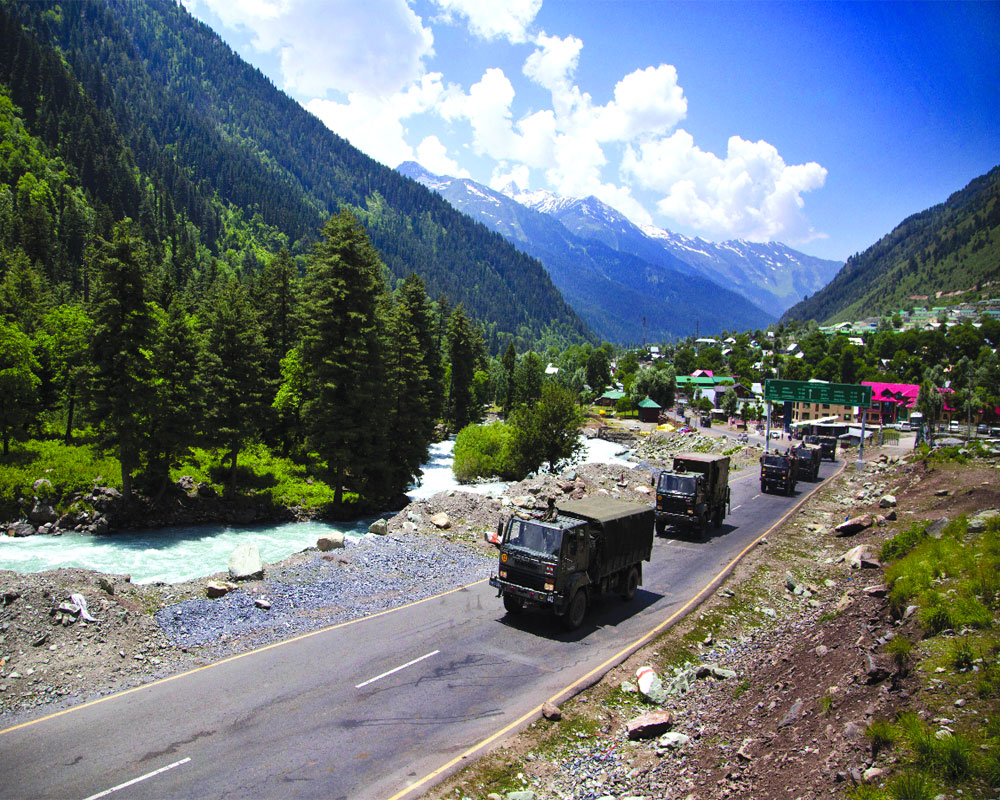 China is on the full course of aggression. It is an old habit for the Middle Kingdom. However, it does it in the guise of “Peaceful rise”, and “China Dream”.

The latest episode of Chinese brutality across the Line of Actual Control (LAC) in Eastern Ladakh simply demonstrates the fact that the Xi Jinping regime has become desperate to grab more and more territories. Xi is a megalomaniac. He wants to be everything—President, Chairman of the Central Military Commission and the head of the Chinese Communist Party (CPC). Unfortunately, the Chinese parliament i.e. National People’s Congress (NPC) passed much talked about legislations to remove the two terms limit imposed on Presidents since the 1990s.

Therefore, this allows Xi to remain in power for ever and he does not need to retire in 2023. Thus his power grab has been so complete that the CPC voted to enshrine his name and political ideology in the Constitution of the country. This truly elevates his status to what had been enjoyed by Chairman Mao Zedong from 1949 to his death till 1976.

These all instances are very critical for the international community as they altogether have granted Xi freedom for unilateral actions with impunity. This is a unique diversion in Chinese political order from what had been known as the “collective style of leadership” that existed till 2012. The latest example is the current Covid-19 pandemic that has engulfed the world since December. In fact, China has taken full advantage of the crisis to extend its control over more Indian territories on this front of the LAC. Despite having all the existing diplomatic and military understanding so far, the People’s Liberation Army (PLA) has come across the LAC in Eastern Ladakh.

However, Delhi may repeat the same mistakes Nehru did if it trusts the Chinese. Starting from 1947, both the politicians and policy makers sitting in Delhi had the impression that the top national security threat will always come from Pakistan. Hence the forces were always geared to prepare and take on challenges emerging from the Indo-Pak border. It is to be noted that even our first Prime Minister Jawaharlal Nehru and Defence Minister VK Krishna Menon thought that China could never pose a threat to India. Thus Menon wanted our full defence forces to be always alert on the Indo-Pak border front only, not on the border with China, or in any point on the McMahon Line. Further, Nehru emphasised on his friendly relationship with Chinese Premier Zhou En-lai just before the Indo-China War in 1962. Thus the misjudgement and complacency that the early leadership developed towards China had cost us dearly in 1962. After the war in 1962, Nehru himself acknowledged in Parliament that our defence preparations on the eastern front were much weaker than what we had in the western border. Looking at the current LAC stand-off, it seems India has not learnt lessons from its past mistakes and misjudgements of weak presence on the eastern border.

Chief of the Army Staff General Manoj Mukund Naravane recently expressed his concern in Delhi over India’s readiness to counter challenges emerging from two fronts — China and Pakistan. It is absolutely true that India has to deal with two prominent geopolitical rivals for now, apart from other small irritants, like Nepal, now raising their ugly heads. So, why to wait and watch? It’s an urgent moment for the nation to see things and reassess its strategic vision towards the threat coming from Beijing.

The very nebulous nature of the border between India and China should have cautioned us much before. It is more than 4,000 km border that we share with China starting from Ladakh to Arunachal Pradesh. And since 1962, incursions have been taking place all along this border irrespective of whichever party was in power. In 1975, during the time of Indira Gandhi, there had been an apprehension that China might come up to aid Pakistan to settle the disturbances in East Pakistan. Fearing that Indira had immediately signed the Treaty of Peace, Friendship and Cooperation with the USSR to assure help from Moscow. In reality China did not move in that direction. In 1988, former Prime Minister Rajiv Gandhi landed in Beijing for a much better understanding and then to settle the border disputes, but hardly that could bear any significant fruit.

Of course, we have mutual understanding and a relative calm along the border for some time, but the Chinese has started developing massive infrastructure facilities all along the border with India. Miserably, India could not match the pace and be ready to fight infrastructure facilities in comparison to its counterpart. However, since 1962, and particularly after the 1990s, successive Governments have spent large amounts in enhancing our defence portfolio backed by superior information and technology. It must be said here that with the opening of our economy, what has followed is our desire to be there in the club of elite powers in the world. And this has definitely moved us on a fast-track growth, making us being heard across the world. After the fall of the USSR in the 1990s and the end of the Cold War, the global power calculus has changed.

And India had to come out of the closet of the Non-Aligned Movement (NAM) and had to look for a possible rapprochement with the US. However, it took time for Delhi to come out of the Nehruvian dogma for quite A long time. During all these years, Beijing grew bigger and has made its presence felt all across the world. The West has failed to read the Communists in China because the successive leaders in Beijing in the post-liberalisation phase have been able to adjust the market economy to that of their socialist ethos. So the western assessment of falling of the Communists and China opening up to the democratic front had all fallen flat.

In fact, the US and the rest of its Western allies have indirectly helped China to become a global power. And along with these powers, today India is paying the price of having an ever emerging power on its eastern front. So we have to deal with Beijing and particularly the Xi’s imperial designs.

After 1962, Chinese incursions have taken place in 1967, 2013, 2014, 2017 and in this year itself. And every time, the PLA has been successful in forcing into our sovereign territories all along. The reason behind for such regular incursions is that this entire set of frontier is not settled in most of the places. After 2013 and 2014 incursions, the status quo ante was restored with much difficulty, both through diplomatic and military parleys.

For now, what the PLA has done in Eastern Ladakh, particularly in Galwan Valley is unimaginable. Such actions on the part of the Chinese Governments violate the signed agreements of 1993, 1996, 2005, etc, for maintaining peace and tranquility on the LAC and on the McMahon Line. Further these violent overtures put our 45 years of bilateral understanding to a halt. The current land grab spree by the Xi regime has contradicted the agreements reached between both the countries in Wuhan and Chennai summits in 2018 and in 2019 respectively.

Certainly, today’s India under the Narendra Modi Government is not that weak India of 1962. Our forces are well equipped. We are globally better placed. With our advancement in science and technology, especially in the field of information, communication and space research, we are a power of global reckoning. Our statecraft and diplomacy can easily mould global public opinion and make us heard around the globe. Much more than what draws home our strength is we have a large mass fully aware about China’s nasty game plans.

Can we trust China anymore? What to do next? How can India make sure that the PLA does not grab our land anymore? Surely we can’t trust Xi and his team. For now, we need to look for peaceful solutions. When both the sides are negotiating for disengagement at the current situation, even satellite imagery shows that the PLA is once again building up structures on the point where our 20 soldiers and an officer were martyred. So, we need to make our preparations for any eventuality and which we can do much better now than before. We cannot be complacent anymore and retain our positions all along the LAC. It is not a time for blaming the Government. It is time for showing our total strength. We should not waste our time for political blame game. Let our forces stand up to any misadventure that comes from the other side of the LAC. Meanwhile, our diplomatic efforts and military preparedness must go on an equal footing.