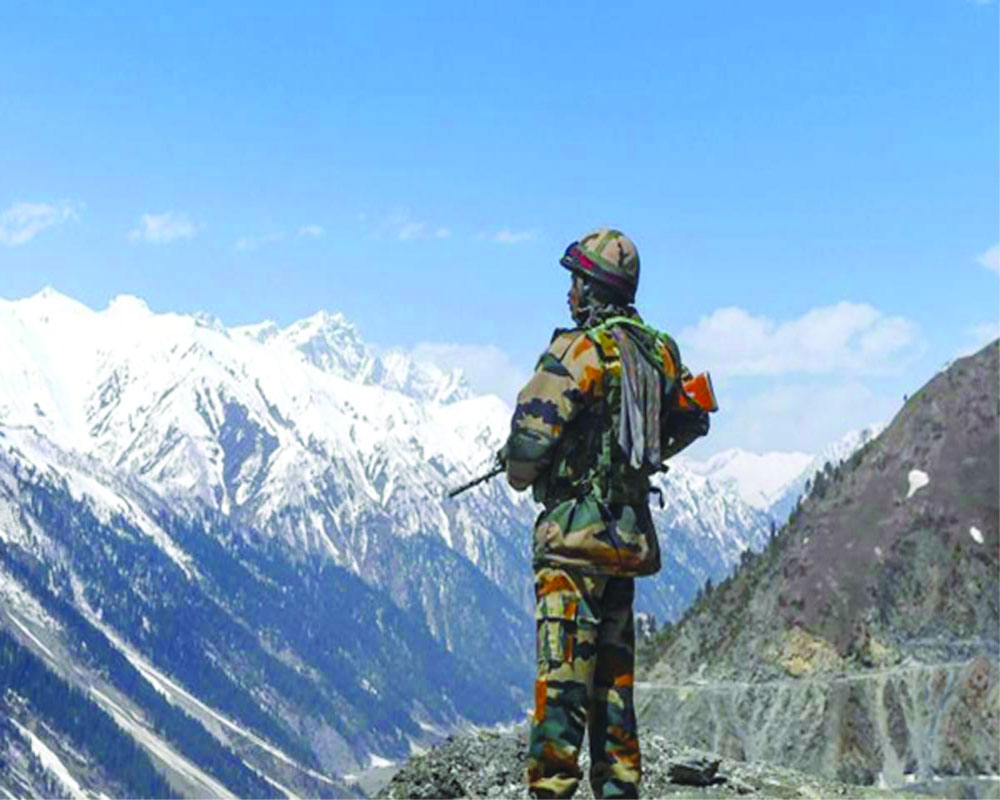 Beijing will continue to make tall claims, hoping to coerce us in a bloodless war. New Delhi must encircle it in the neighbourhood

For years together, China’s intimidatory tactics and surreptitious salami slicing of territories had gone unchallenged along our Himalayan border. A logistically disadvantaged India meant that China could keep a fairly low-cost vigilance operation and easily push its ultimate aim of controlling the Karakoram, Central Asia and beyond with Pakistan as the key conduit. But that has changed recently. Irrespective of the clash at Galwan, infrastructure development in border areas, particularly Ladakh, has been ramped up on our side over the last few years. Better roads have meant that we can rush supplies and reinforcements to our frontier posts and amass a presence quickly, something which was China’s forte for long. With its strategic edge compromised and now that our troops have shown in Galwan that they are as adept in mountain warfare and capable of giving a bloody nose to marauders, Beijing has realised that its ambush tactics can no longer “shock and awe” us. And given that the nature of the Line of Actual Control (LAC) is not codified despite India’s best efforts in forcing China to a discussion on it, perceptional differences mean India is now more vociferous about its rightful claims, too. Post-Galwan, it is determined to not give up its acquired positions and ridges and stare down at China with the same gusto. This explains the rather hyperbolic and impassioned war cry by Chinese President Xi Jinping, asking his troops to be ready for war, while his administration objected to the opening of 44 bridges in Ladakh and Arunachal Pradesh, saying they were “the root cause for tension between the two sides.” This came barely a day after Beijing declared that it considered both Ladakh and Arunachal Pradesh illegal. Of course, India categorically rejected this latest missive, saying China has no locus standi to comment on its internal matters. This even as Minister for External Affairs Subrahmanyam Jaishankar said that since peace talks with China were still on, he would not like to hazard an assessment. But his measured response was contradicted by Xi’s provocation, clearly as part of his relentless effort to wear us out in the war of perception. For the first time, if anything, this betrays China’s anxieties over what it had assumed would be a cakewalk, namely browbeating India. It may even tempt India into a limited theatre of war and then try to extract a give-and-take formula but it is getting exasperated with us refusing to bite the bait. The Siachenisation of Ladakh would cost it, too. Hence the stepped up rhetoric in the hope of getting some leeway in Ladakh. At best, the diplomacy is just a diversionary tactic as Beijing will not forfeit this geographical wedge between Gilgit-Baltistan in the west (Pakistan-occupied Kashmir), where it is  invested in the China-Pakistan Economic Corridor (CPEC), and Aksai Chin in the east. It is an irritant to its regional supremacy, strategically and economically. And it wants an unhindered run of the highway from Xinjiang to Tibet, 179 km of which is under Indian shadow. As it is, by agreeing to a buffer zone, we have ceded our right to monitor forward areas in the Pangong Tso region. We should be wary of the fact that the People’s Liberation Army (PLA), which has been pitching tents, building roads and marking territories since 2013 and which takes orders from Xi himself, intends to keep the LAC hot. And challenge us routinely on a battle of nerves, hoping to coerce us in a bloodless war if possible.

India is already working on a multi-pronged global approach to rein in the dragon’s territorial and economic imperialism. It is challenging China in the Indian Ocean Region (IOR), neutralising the latter’s maritime conduits and engaging with South and Southeast Asian nations that have been held hostage by Beijing’s debt-trapping economic bailouts. And to counter our greedy neighbour’s “string of pearls” diplomacy, which means having strong military and economic ties with all our neighbouring nations and laying siege to our national interests, we, too, have rolled the dice. The Government is bolstering defence cooperation in the neighbourhood, leasing out a submarine to Myanmar and arming it with torpedoes. We have begun ramping up the naval strategy around the Malacca Straits, which happens to be China’s trade and strategic corridor. India has deployed its vessels to keep a check on any activity of the Chinese Navy and is planning to maintain hawkish patrols through autonomous underwater vessels, unmanned systems and sensors. It has got more active in the Quad initiative with the US, Japan and Australia and is using its international goodwill as a nation that respects “rule-based order” to build a case against China’s “wolf warrior” tactics. Diplomatically, India should be transactional in its approach to China and lay down in no uncertain terms that the latter’s avarice for global domination would only push the second-largest Asian entity towards the US-led bloc. In fact, we have to be overt about our strategic partnership with the US but it wouldn’t be too invested in a theatre where it is not the dominant player. Besides, it may not want India to become too formidable in its quest to blunt China. Russia, for all its deepest desire to counter-balance China’s growing heft and leverage itself vis-a-vis the US, is compromised by economic dependencies. So, India is pretty much on its own and has to use every multi-national forum, alliance and bilateral ties to make enough noise about the asymmetric relationship with China. And it must girdle up with nations that are directly under our neighbour’s threat in the region to stand up and be counted.