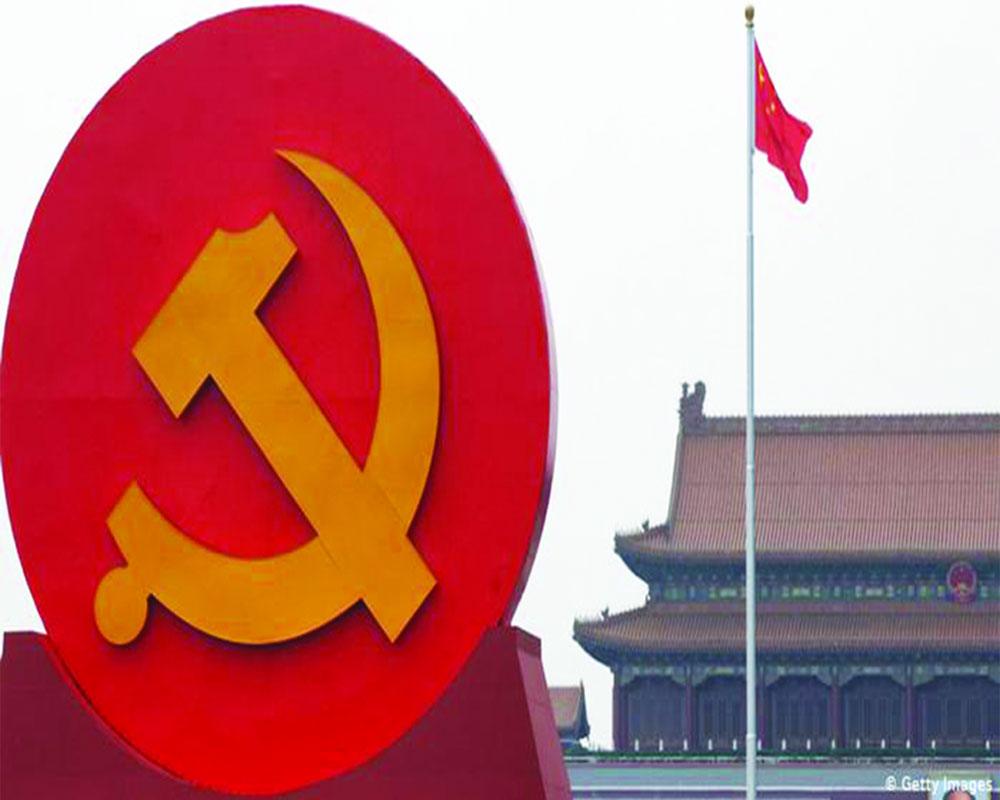 Autocracy, whether Russian, Soviet or Chinese, acts as a perpetual inebriant and keeps the rulers out of contact with their people. This disconnect is an eternal fault of dictatorship

Paradoxically, Chinese President Xi Jinping appears to have been inspired by the old imperial tradition that “everything under the heavens belongs to the emperor.” He has got himself elected as the emperor by the Central Committee of the Communist Party of China. Like him, Joseph Stalin, a Russian dictator (1924-53), dreamt super dreams. Before World War II, Russia was a normal European power. There was no superpower in Europe. It was the American influence on the continent during and after the war that gave rise to this new geopolitical concept. Moreover, many Russians believed that they had primarily won the war because they reached Berlin first; perhaps so did Stalin. Thereafter, presumptuously, Moscow postured as a superpower equal to the US. America had the atom bomb and, therefore, the Soviet Union had to have one, no matter the cost. By 1952, the Pentagon had exploded a thermonuclear device. Stalin was impatient and regardless of the cost proportionate to the Soviet economy, a thermonuclear bomb was ready in 1953. That was not really beating the US and, hence, the Sputnik, the world’s first artificial earth satellite, was floated in October 1957. Here, the US appeared overtaken in the space race.

Stalin died in 1953 but his spirit of superpowerdom, no matter the cost, carried on, to the extent that the First Secretary, Nikita Khrushchev, thumped his shoe on the table at the United Nations (UN). He also told the US, implicitly the entire capitalist world, that “we shall bury you.” No matter who the First Secretary or the Prime Minister was, the intoxication carried on merrily until Mikhail Gorbachev became the First Secretary. He immediately knew that his country was well past bankruptcy and called for Perestroika (reconstruction) and Glasnost (openness). But hardly could anyone realise that it was former US President Ronald Reagan and his programme of “Star Wars” that finished the Soviet economy. It was a competition in escalation of arms that the Soviets could not afford and fell by the wayside. To try and revive it, India’s then Prime Minister, PV Narasimha Rao, doled out $1 billion to Moscow when Boris Yeltsin was the President. Meanwhile, the 16 Soviet Republics that made up the Union broke up.

Had Joseph Stalin continued to believe that he was a “European” and not “superian”, would such an eventuality have come to pass? The empire the Tsars had so assiduously built over two centuries crashed in 1990-91. Uncannily, it took at least three decades until after the World War II before the US devised a clear-cut, simple strategy to defeat the Soviet Union. That began when former President Ronald Reagan came to power in 1981 and soon condemned the Soviet Union as an “evil empire” and decided on an arms race to test how far the Soviets could sustain such a race. They could not build anything similar to what the Americans had envisaged ie, platforms in the skies to fire lasers at and destroy incoming ballistic missiles. The Soviet rulers could apparently not understand what was going on. All they knew was that they were short of every kind of necessity, food, consumer goods and industrial manufacturing of sophistication. Yet, they did not cut down on their military budget. In fact, former President Mikhail Sergeyevich Gorbachev of the USSR reiterated his predecessors’ policy by stating that his country would “match the Star Wars build-up of the US.” Evidently, he was oblivious of the economic situation his country was in. There was no comparison between the economic strengths of the two powers and the inevitable crash of the USSR happened.

Nevertheless, it was also Gorbachev, the last of the Soviet Union’s First Secretaries, who was the first one to see the rot within his country’s system. He embarked on Perestroika, which meant reconstruction. Well-wishers of Russia would have wished that he had stopped at Perestroika and not coupled his reform programme with Glasnost or openness or democracy. These two reforms together led to chaos rather than any improvement.

The contrast was seen in China under Deng Xiaoping, wherein he confined his country’s reforms to Perestroika. Of course, Deng’s words were: “The colour of the cat does not matter so long as it catches mice.” To this day, over 30 years later, there is no real Glasnost in China. There has been Perestroika all the way but no freedom or democracy. Those classes, who have enriched China and themselves through these reforms, obviously feel powerful. The question is: Will they remain subservient in a communist regime or seek a democratic vote before long?

Communist China has pursued the same autocratic path as has been its tradition for the last 22 centuries as was the Russian from time immemorial. The Soviet regime was called a “dictatorship of the people.” Before 1917, it was the imperial rule of the Tsars. The modern rulers probably presumed that the old blood runs in the veins of the modern youth, whether rich or poor. In reality, the soil is ideal for dictatorship so long as the society is feudal. The time the Soviet Union turned an industrial autocracy, inefficiencies began to show up. The Soviet rulers did not have the vision to detect this decline. World War-II, under the love of mother Russia to an extent, enthused the workers and concealed the deficiencies. In this context, the worst enemy is the absence of democracy. Rulers do not obtain any feedback from their people. Those, who provide such feedback, do so through the screen of terror.

The other factor is that autocracy, whether Russian, Soviet or Chinese, acts as a perpetual inebriant and keeps the rulers out of contact with their people. In the bargain, they should have plenty of time to think about governance; although they miss out on what their people want. This disconnect is an eternal fault of dictatorship. The commissars have suffered from it; the Chinese less so and the Russians more. Perhaps they have learnt a lesson from the Soviets.

Another fault of autocracy is the immediate feeling of power in the ruler. The wiser person restrains himself. While retiring, Deng had advised his successors to “hide their strength and bide their time.” Three of his successors namely, Zhao Ziyang, Jiang Zemin and Hu Jintao followed this advice. They took care not to annoy the US. China traded prolifically with the West and deposited dollars with Washington. All was hunky dory.

President Xi Jinping, however, is given to ambition and has had himself declared emperor and, thus, made it clear that he is recalling the entire past imperial era of his country. The Chinese call themselves the “Middle Kingdom” and their emperor has represented the heavens on earth. Earlier American Presidents, confident in their country’s supremacy, did not take much notice of all this. However, US President Donald Trump is a businessman by vocation and recently, the world has been ravaged by the COVID-19 virus that began from the city of Wuhan in China. Business is an exchange of goods or services for money and not for anything else, including diplomacy or flattery. But recently, China veered from the path of business to that of overt power. In the process, it has very few friends other than North Korea and Pakistan.

This may not be the fault of the communist ideology because history has seen any number of dictators drunk with power and embarking upon disproportionate campaigns, leading their countries to ruin.