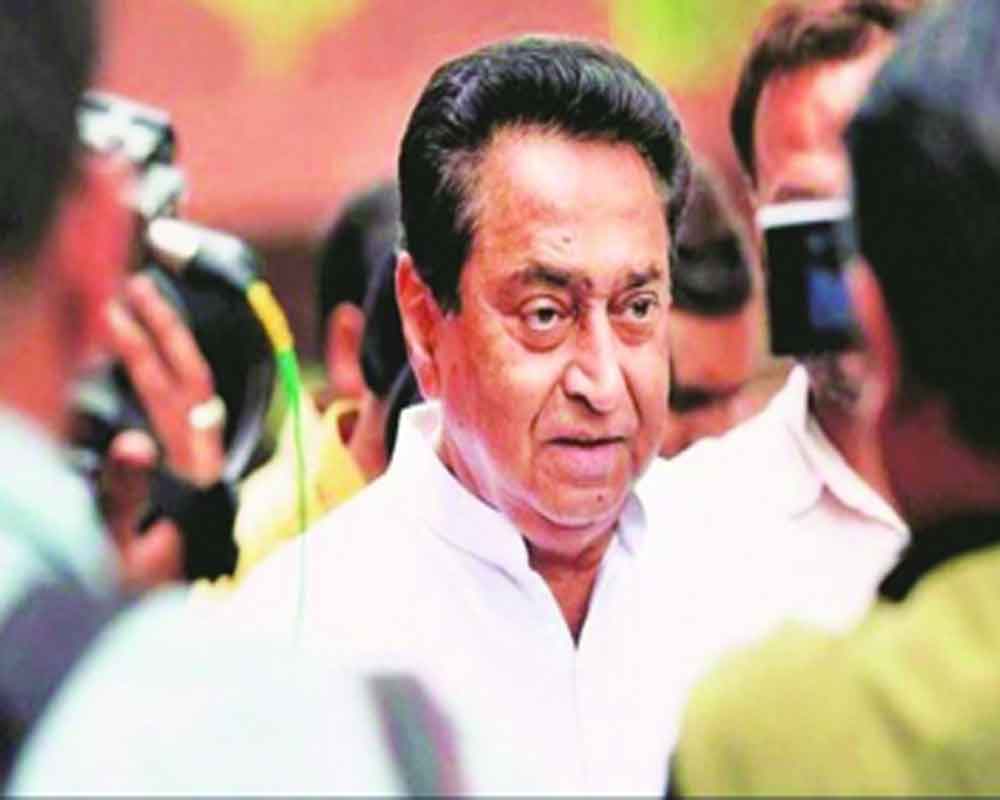 With two States, where it was a ruling entity either in coalition or singly, out of its grip, party needs to take final call

Madhya Pradesh Chief Minister Kamal Nath’s resignation may appear to have been taken under duress because of the BJP’s Operation Lotus, or toppling elected Governments by breaking ruling parties and buying over MLAs. He may have claimed that he was gracious under destructive pressure and took the moral high ground of the BJP “murdering democracy.” Even then, it would seem like he is shifting the blame to an externality rather than looking at the cracks in his own house. One must remember that the Assembly elections of 2018 had thrown up a badly split verdict that set the coalition politics rolling with the Congress itself guilty of buying support from the Samajwadi Party (SP) and the Bahujan Samaj Party (BSP) and just about scraping past the BJP’s 107 mark. So it is not like the Congress, for whom winning States and restoring its federal matrix is more a necessity than an indulgence, crouching as it is in a pit of national irrelevance, didn’t know what was coming. Or what needed to be worked on. It is a gross failure of the central party leadership to continue status quo rather than break the mould, trust its old coterie of leaders to manage affairs rather than embolden young leaders, who had not only worked the ground but had won the people’s faith that they could renew and rescue the party. Both Jyotiraditya Scindia in Madhya Pradesh and Sachin Pilot in Rajasthan had electoral verdicts to prove that they could be just as credible in capability, rebuilding and outreach. Still, Congress matriarch Sonia Gandhi gifted the chief ministership to old hawks like Kamal Nath and Ashok Gehlot. These courtiers of the dynastic party had long built their indispensability through a transactional relationship of managing their home turfs and generating enough political capital to strengthen the central leadership. At the time, the leadership had counted on this dependence to deliver power, ignoring that this continuity would cost it dearly. The young Turks, all itching in their middling years to deliver the goods, were rebellious and determined. All that the central leadership’s obstinacy and fears of a split by the old guard achieved was delay the inevitable. Had there been a breakthrough change, the Turks would be with the party and emboldened, crafted a new model of governance. Even a peerage that respected its members. As the Madhya Pradesh imbroglio has shown, there was no love lost between Kamal Nath and Digvijaya Singh. The Congress’ tailspin may have happened after 22 MLAs flew to Bengaluru last week and resigned after Scindia quit his party of 18 years. But trouble was brewing much before. Kamal Nath miscalculated, thinking managing legislators was a shopping expedition. But the Scindia loyalists have proved that even the grassroots workers need new direction. Scindia has undoubtedly made a politically convenient choice. But by being just another leader of the State BJP, he wants to forget the irrelevance of the many party posts that the Congress had placated him with. If this is still not a lesson for Congress, then its stakeholders better prepare for more sell-offs.

As for the BJP, the party won’t stop short at anything to destabilise its hold on the heartland. Madhya Pradesh, in particular, is intrinsically a Hindutva factory, where the ideology resonates among people easily. The Sangh Parivar’s leaders have always been rewarded, even brutal hardliners like Pragya Thakur. And there will be acceptability for some like Shivraj Singh Chouhan, a three-time Chief Minister who should be returned to power, because he has an enviable performance record that has scripted the State’s turnaround story. In fact, there was a time when his proactive policies, although not as well publicised as Narendra Modi’s Gujarat model of governance, and clean image helped him beat anti-incumbency. His asset of being a doer-politician is also his liability as the Modi-Shah duo do not want his persona to outshine their own. In fact, Chouhan had put together the numbers, too, when the Congress staked claim in 2018 but was not allowed to emerge taller in crisis. Already names of Narottam Mishra and Union Minister Narendra Tomar are in circulation, the former asserting his centrality a la BS Yedyurappa in Karnataka. Mishra comes from the Gwalior-Chambal region and may want a prize for gifting the party a rare moment of stealing a dear friend of Congress crown prince Rahul Gandhi. Tomar happens to be close to Chouhan. Maybe it is time for the BJP leadership to shed its biases and entrust the party fate in the hands of a ground warrior like Chouhan. Most importantly learn from the Congress failure to back the winning horse.