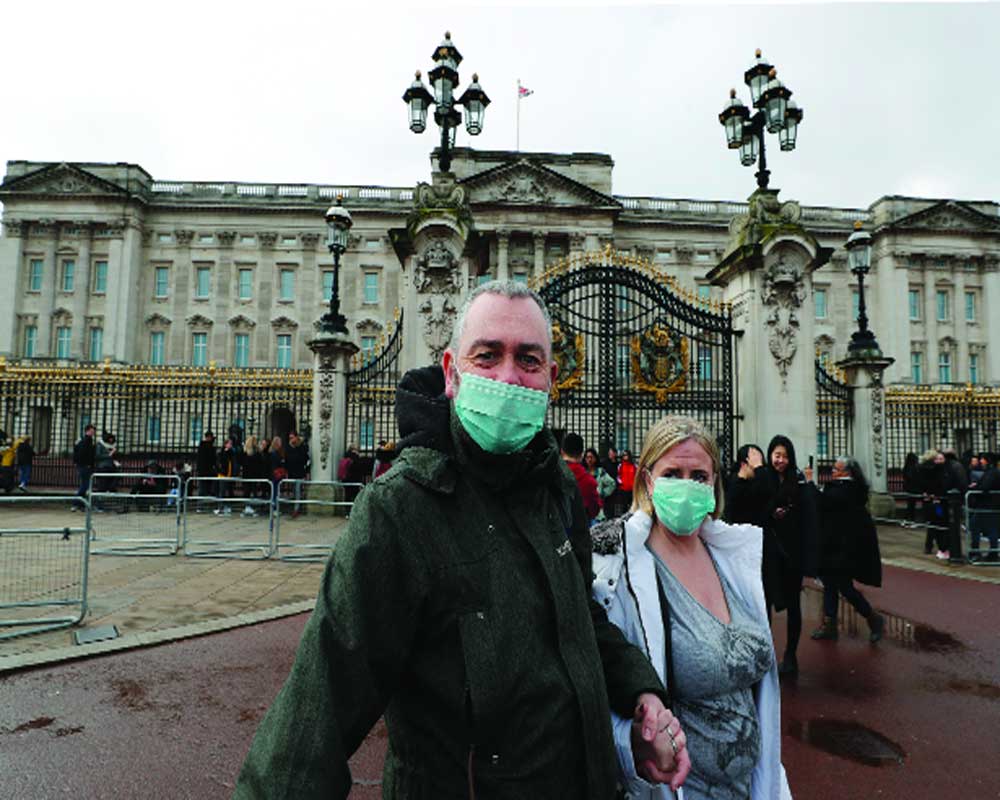 The coronavirus scare has hit India but patchily. The Central Government and many State Governments have acted with a sense of urgency, taking drastic precautionary measures that some consider excessive and others insufficient. The mixed reactions are inevitable since the WHO-declared pandemic is still to assume a virulent presence in the country. There are still a very large number of people who believe that the coronavirus is a phenomenon that will somehow bypass India. In Parliament, an Opposition MP stated on the floor of the House that rural India will not be affected because of its lifestyle and, in case, Ayurveda is there to take care of our illnesses. The other popular theory is that coronavirus thrives in a cold climate and that the approaching summer will protect India.

The MP who spoke about about India’s wholesome rural lifestyle may well have been prescient and prophetic. The fact is we don’t know. The Centre and many States don’t want to take chances and have operationalised a number of steps from immigration controls and crowd control to awareness programmes. They quite rightly believe that over-reaction is better than complacency. I believe they are right, despite the short-term adverse economic consequences of confronting a strange disease about which we know so very little.

Of course, in some States life goes on as usual. I am in Kolkata over the weekend and find that very little has changed, except the disappearance of hand sanitisers from retail outlets. Political life, for example, seems to be totally unaffected and no one has dared as yet to suggest that the forthcoming civic body elections, due in mid-April and late-April be postponed till things have returned to relative normalcy. Maybe the rescheduling of IPL cricket — always a big draw in Kolkata — will be the proverbial game changer.

There are many sociologists, political analysts and social scientists who are spending their waking hours agonising over a lost ‘idea of India’ and praising the bravery of the women of Shaheen Bagh. I would urge them to divert their minds to studying the impact of coronavirus or at least the coronavirus scare on popular psychology. Is the panic exclusively middle class and confined to those who spend time monitoring global news? Or, has it started triggering real fear in the minds of those who are otherwise too busy earning a livelihood? It would be instructive to know.

India, it is generally admitted, has reacted with a sense of urgency. This is despite the negativism of some Opposition parties who seem to lack discerning skills. The Congress, for example, seems to be determined to pin the responsibility for the pandemic on the Modi Government — an approach that is reminiscent of the negativism during the Kargil war. But this is unlikely to wash. I think in such situations people do look to Governments to set the tone and even if the message takes time to percolate downwards, it slowly does get there.

The anxious bewilderment in India is in sharp contrast to the panic that has overwhelmed Europe with reports that the number of those infected could touch a million and more. We have read of the grim situation in Italy and there are reports of panic buying and hoarding of essential supplies of food and medicine. In London, friends who are in the vulnerable demographic bracket are quite voluntarily refraining from social contact and over-stocking their larders with daily necessities that, naturally, includes toilet paper. If the scare recedes in a fortnight or so, people will look back at the precautionary steps with some amusement. However, if it persists, the impact on society could well be quite dire. I read in a British paper that the social fabric of Ancient Greece was demolished by an epidemic. We also have the examples of the Black Death and the influenza epidemic after World War 1. Will Europe lose its status as a global power if this epidemic is not contained soon? I mean European countries have ageing populations and aren’t demographically equipped to fight the coronavirus unless a medical cure can be quickly found.

As of now, the world is preoccupied with containing the spread of the virus to think of anything else. No one has seriously applied their minds to the enormous consequences of the pandemic. There are whispers of what is going to be the effect on China. Will it end Beijing’s hegemonic dreams? We have not heard a whisper from Russia. How will it impact that country which has never given up hopes of staging a dramatic return to the global high table. And what will be the effects on globalisation, as countries and communities retreat into their shells as a form of self-preservation?

The next few weeks will witness a radical departure from our set routines. Everyone will have more time for home and their families as outdoor diversions come to be restricted. Maybe this is as good a time as any to reflect on the state of modern civilisation and contemplate alternative approaches. The coronavirus may be a virus but it is also a warning.