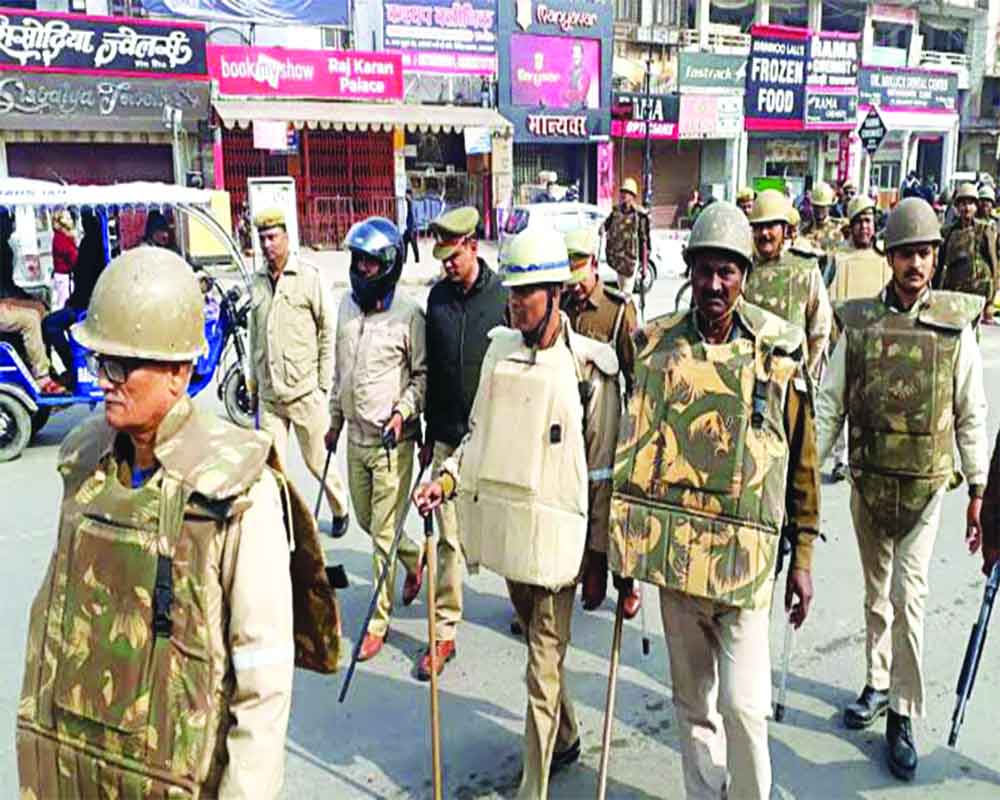 Section 144 of the CrPC cannot be invoked arbitrarily only with an intention to prevent a peaceful demonstration. If so, the same constitutes abuse of power

The curbs imposed in the erstwhile State of Jammu & Kashmir (J&K) after the Centre’s abrogation of provisions of Article 370 of the Constitution of India were challenged and a plea was filed in the Supreme Court (SC). The apex court, in a recent judgment held that disagreement does not justify destabilisation and power under Section 144 of the Criminal Procedure Code (CrPC) — restricting five or more people from gathering at one place — cannot be used to curb legitimate expression of democratic rights.

The apex court also observed that, “Liberty and security are always at loggerheads. It is the court’s job to ensure that the citizens are provided all rights and security.” It further held that Section 144 of the CrPC is a remedial and preventive measure and must be subject to the test of proportionality. Any order must adhere to the principle of proportionality and would be subject to judicial review.

Of late, we have witnessed that across the country, and not just in Kashmir, Section 144 is being invoked indiscriminately to contain legitimate protests against the National Register of Citizens (NRC) and the Citizenship Amendment Act (CAA), by the State police machinery and by the powers that be. Once Section 144 is imposed in any area, all civilians are barred from carrying weapons of any kind, including sticks, sharp-edged metallic objects or firearms in public places and only the police and other security personnel are allowed to carry weapons in areas under Section 144. More importantly, violation of Section 144 is liable for punishment of up to three years in jail.

As prevention of a crime or riot is the duty of the administration, the power conferred under Section 144 is absolute in terms of maintaining law and order. In some cases the Magistrate or the officer concerned may perceive a threat based on the material evidence available, which is invariably disclosed in the order.

However, it cannot be presumed that there would be a breach of peace merely because there is a protest. Hence, if there is no material evidence available for invocation of Section 144, such an order is in violation of Article 19 (1) of the country’s Constitution and therefore it would amount to infringement of the basic fundamental right of freedom of expression. Hence, Section 144 cannot be invoked with an intention to prevent a peaceful demonstration.

Section 144(1) contemplates that in cases where — in the opinion of a District Magistrate, a Sub-Divisional Magistrate or any other executive Magistrate specially empowered by the State Government in this behalf — there is a sufficient ground for proceeding under the said Section and immediate prevention or speedy remedy is desirable, such a Magistrate may, by a written order, stating the material facts of the case and served in the manner provided under Section 134, direct any person to abstain from a certain Act.

The Magistrate is also empowered to take a certain order with respect to certain property in his/her possession or under his/her management, if he/she considers that such a direction is likely to prevent, or tends to prevent, obstruction, annoyance or injury to any person lawfully employed or danger to human life, health or safety or a disturbance of public tranquillity or a riot or an affray.

A reading of the aforesaid order shows that the Magistrate or any officer passing an order under Section 141(1) of the CrPC has to state material facts and also his consideration that such an order would prevent disturbance of public tranquility. The emphasis is on the likelihood of breach of public peace. Though the Code of Criminal Procedure, 1973 repeals the Code of Criminal Procedure Code, 1898 (Act Number V of 1898), Section 144 of the old code was retained in the new code.

Freedom of expression is an indispensable component in a democratic society. Pandit Jawaharlal Nehru, in his historical resolution containing aims and objects of the Constitution to be enacted by the Constituent Assembly, said, “The Constitution should guarantee and secure to all the people of India among others, freedom of thought and expression.”

The Supreme Court, in the Madhu Limaye case, while examining the scope of Section 144 of CrPC of the old code vis-à-vis Article 19 of the Constitution, had held that the power extends to making an order, which is either prohibitory or mandatory in nature and the urgency “is the only criteria that can justify the order under the said Section.”

The urgency should have a nexus with the likelihood of breach of tranquility. The Magistrate has to pass an order reflecting his objective consideration. The apex court also held that the power under Section 144 is not flowing from the administration but is a power to be used in a judicial manner and it should stand further judicial scrutiny.

The apex court, in the Ramlila Maidan incident, had emphasised that the degree of threat involved for invoking the provision should be a real threat to public peace and tranquillity. The provision cannot be invoked merely on imaginary or mere likely possibility. The material facts that are to be stated in the order should disclose that there is a real threat to peace or else the Magistrate or any officer does not have any power to invoke the said provision.

Similarly, the court in the State of Karnataka Vs Gowri Narayana Ambiga case held that the freedom of speech and expression must be broadly considered to include the freedom to circulate views by word of mouth, in writing or audio, video instrumentalities. This means that a gathering of a group of people raising slogans falls within the ambit of Article 19(1) of the Constitution.

In the Baldev Singh Gandhi Vs. State of Punjab case, the top court held that situations may arise where responsible persons or those who hold elected offices feel that it is their duty to criticise the law promulgated as unconstitutional and against public interest and invite people to come forward

for discussion and the same is protected by Article 19(1) (a) of the Constitution.

While invoking Section 144, the Magistrate or any other officer should be conscious of the fundamental right of a citizen under Article 19(1) of the Constitution. The Magistrate has to rarely invoke such a provision in a democratic society which always takes into its fold healthy dissent. It cannot be invoked arbitrarily only with an intention to prevent a peaceful demonstration. If so, the same constitutes abuse of power. Therefore, the State police machinery henceforth has to be conscious of the aforesaid law laid down  and should not indiscriminately invoke Section 144 to prevent a legitimate peaceful protest.

(The writer is Advocate, High Courts of Andhra Pradesh and Telangana)