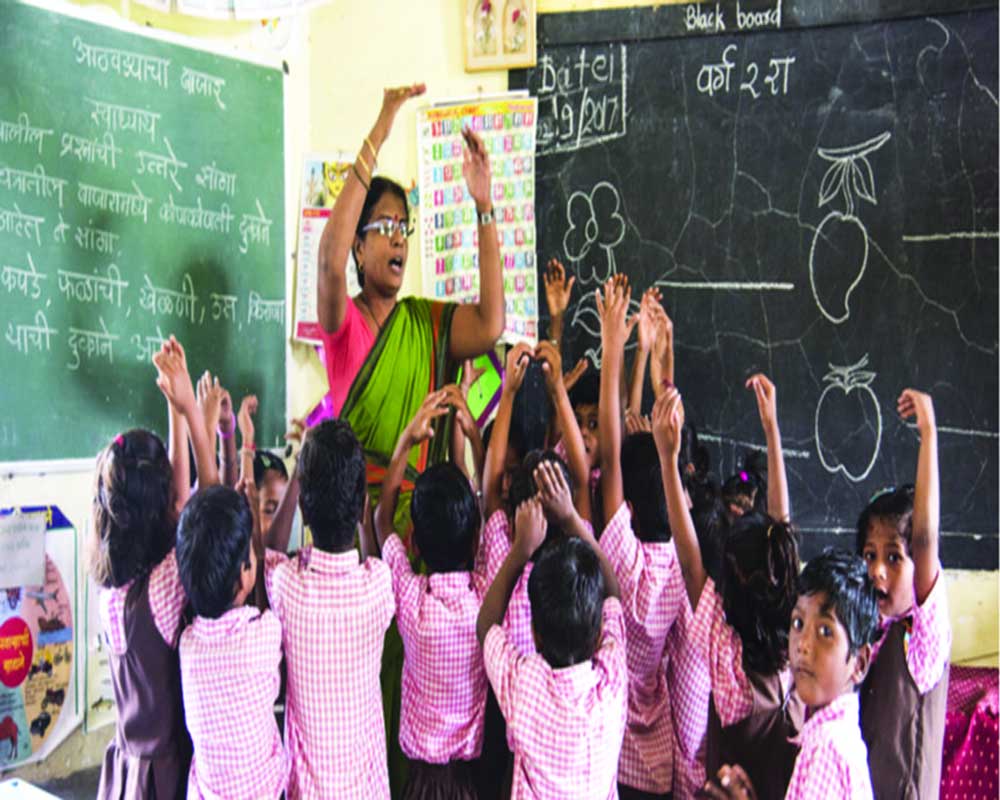 The National Education Policy looks promising but to achieve all that has been promised, we need a panel that includes professionals who understand schooling. Not bureaucrats

Overall, the National Education Policy (NEP), 2020, is a good policy document as it promises a slew of changes that can lead to a major makeover of the education sector. It takes into account all sections of society which were hitherto left unattended. In the times to come, such groups of learners will be mainstreamed and will stand to benefit from the new education system. Some of the major aspects of the NEP, which I think can have a transformative impact, are as follows:

First, the age criteria for admission to the primary school was six years. By this time, children already lose more than a thousand days of learning. Early years are crucial for a child’s development and losing these phases has proved to be very damaging. Most children, who dropped out of school, were first-generation learners and had joined the school at the age of six. The Government’s decision to include Universalisation of Early Childhood Care Education (ECCE) into the NEP will do a lot of good to the children, especially those coming from humble backgrounds.

Second, it was inappropriate to put all the learners into one category as “school children.” Children change as they grow and so should the pedagogical structure. In the new NEP, it has been decided to include children aged three-eight years into one group. This group of children will also be put under a school curriculum, which has been recognised globally. Hopefully, teachers, too, will be made available soon. The next group will be those children aged eight to 11 years ie, those who attend classes III to V. The following group of learners will comprise children in classes VI to VIII ie, those in the age group of 11 to 14 years. Above the age of 14, children will belong to the secondary class and teacher competencies for this group of children will be different.

The new pattern of schooling will be 5+3+3+4, which should be relevant for the children and they should be able to enjoy each stage of their learning process. The challenge, however, will be to prepare teachers for each level and they need to be adequately remunerated, too. Teachers at the lower levels should be paid equally so that the less qualified do not come for teaching at lower levels. Considering the poor performance of the National Council for Teacher Education (NCTE), preparation of teachers will be a challenge.

Third, education in the mother tongue up to at least class V is a welcome and landmark move. Most children used to drop out of schools because they were given instruction in a dominant language of the region.  Take the example of Bihar, where the mode of learning was Hindi whereas most children speak local languages like Magahi, Maithili and Bhojpuri. The Government’s aim to provide education during the early years will make the children feel less displaced (from home to school) and retention will be easier. This will directly benefit the less privileged children. This move was a long time coming. The Kothari Commission Report of 1964 had recommended that the first language to be studied must be the mother tongue or the regional language. However, successive Governments did not pay heed to implement the three-language formula in schools.

Fourth, the system of bundling of courses like physics, chemistry with either mathematics or biology at the senior secondary level has been done away with. Children can now opt for any combination of subjects as per their choice. This will also dissuade a large number of children from dropping out of senior secondary because they could not cope with the mathematics syllabus.

The rigid formation of streams such as science, arts and commerce will wither now. Learners will be able to choose subjects from any discipline, including vocational subjects, to get certified. This will help learners, who wish to get into vocational areas after the completion of their school education. At present, the curricular and non-curricular areas cannot be combined. In future, this shall be possible. This will help reduce the drop-out rate and at the same time lead to the creation of self-employment opportunities.

Fifth, formative assessment has been a major stumbling block for school education. Children felt pressured as the emphasis was on rote learning. The new NEP has taken cognisance of the erroneous system of assessment and has decided to provide multiple chances to the learners to write and accumulate grades to finally get certified.

It appears that the final assessment will be done to test the actual competency, which children can undertake without pressure or the stigma of failing the examination.

Sixth, assessment has been under smoke all through. Now, a self-assessment will be done along with peer assessment of every child. The teacher will also be assessed unlike the present system where only the teacher evaluates the child and the child has no clue how he/she is judged. The child as well as the parents will trust the new system of assessment.

Seven, the less privileged and the specially-abled have received special focus in the NEP all through. For the first time, the latter will be put into a different track of schooling, which will help them use their potential and get recognised.

Eight, in a similar move, a large number of girls, who have traditionally been marginalised, will get due attention. The NEP 2020 established the “Gender Inclusion Fund” to help the less privileged girls. The policy also promises to upgrade the Kasturba Gandhi Balika Vidyalayas (KGBV) up to class XII. The KGBVs are fully residential schools for girls from humble backgrounds but who are very bright and deserving. This scheme has brought a difference to their lives. With this new initiative, girls will be able to directly enter college and reap the benefit of schemes in higher education, which at present go unused because they discontinue education after they come out of the KGBV.

In the true sense, the NEP 2020 is an Antodyay school policy. Every child, wherever he/she may belong to, will be catered to. However, to achieve all that has been promised in the NEP 2020, we will require a body of professionals who understand schooling. School education is at present managed by Government officials and school education department of the Central or the State Governments. The officials get transferred frequently. The school sector has been demanding a national body at par with the University Grants Commission or what has now been proposed as the Higher Education Commission of India (HECI). This time, too, their plea has unfortunately been ignored.

It can be confidently said that the new NEP scores on several counts — be it the universalisation of education, promoting regional languages or the introduction of a new circular. All such moves will help improve governance and improve the overall quality of education.

(The writer is a professor of education, IGNOU. Views expressed are personal)