EU down but not out in global order

EU down but not out in global order 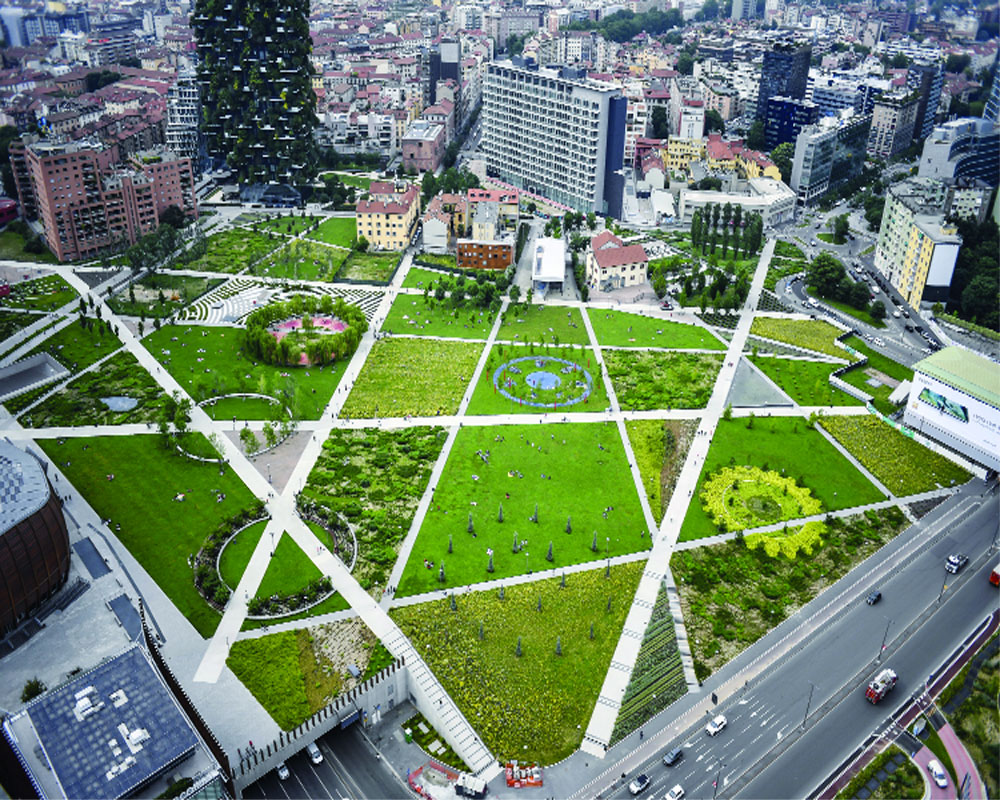 Covid-19 pandemic poses a new threat to European unity. Many of the members of the EU are mulling over self-imposed protectionist policies in regard to migration as their systems are already too overburdened

The strength and unity of the historic European Union (EU) may be history soon. With the Covid-19 pandemic, many of its member nations would find it difficult to be even in the union itself. It’s not only the current crisis, but also a sustained economic downturn since the setback of 2009 that could finally push the survival of the EU to the brink.

The coronavirus pandemic has pitted the members of the EU against one another. For example, by early March, Germany, one of the few nations in Europe to manufacture medical masks, immediately cancelled plans to export these protective gears to fellow countries. This badly affected Italy which was then in the midst of Covid-19 attack. Then the worst was the fighting between two regions of Spain i.e. Barcelona and Madrid. The autonomous and nationalist Government of Catalonia wanted to close the border between the region and the rest of Spain. But it could not do as Madrid came armed with emergency authority.

By May, when the virus almost swept Spain and many parts of Europe, many EU nations like Germany, France, Austria and Italy reestablished their almost forgotten border checkpoints. Alas! At a time like this, since the Second World War, surely the EU as a unit is performing very poorly. Sadly, Brussels, the EU headquarters, is aimlessly looking for a strategy. It has not been successful in bringing its flocks together. It looks like as if the Union is on the verge of bankruptcy and collapse.

By mid-2019, some analysts rightly pointed out that falling production in very many Eurozone manufacturing units, surveys portraying increasing gloominess among some top business leaders, and lastly, an increasing contraction in world trade had a direct impact on the already tottering economic structure of the continent. Therefore, the perilous state of the Eurozone economy was very much clear even in the last year itself and many of its leaders such as German Chancellor Angela Merkel and President of France Emmanuel Macron knew about it.

At the moment, a quarantined and partly opening Europe is learning that all the major countries of Western Europe, except Germany, could hardly offer any realistic solution to Covid-19 and its immediate fallout. On other hand, the European leaders are nervous about the way US President Donald Trump is trying to change the course of action of the existing global order. Many strategic experts in Europe strongly believe that Washington is all out to destroy the EU. In the beginning of the last year, Mike Pompeo, the Secretary of State’s wooing of some of the East European nations was considered an attack on the Union’s existence. In fact, it’s a hard ideological battle for the EU to encounter in the coming days. This also sharpened an East-West division within the EU. This was preceded by Trump’s 2017 Warsaw Speech, infused with nativist nationalism. Again in the year 2018, his strong measures to impose tariff on EU goods, and his tearing up of critical global agreements wherein the EU has serious stakes was the Iran Nuclear Deal, the Intermediate Range Nuclear Forces Treaty (INF), etc. Further, his open encouragement to Brexiteers and a warning to withdraw from Syria was once again a call to threaten the very identity of the EU. When John Bolton was Trump’s National Security Adviser, his anti-EU narrative was on full display when Pompeo paid visit to Budapest, Bratislava and Warsaw. After Trump’s coming to power, America is giving warm welcome to the rightwing populist governments that the EU has put on notice for long for their democratic backsliding. Another significant aspect of Pompeo’s visit to Eastern Europe was that these countries were formerly a part of the Iron Curtain. All these moves could be rightly calculated as insults thrown at old allies like that of the Union. Also such diplomatic overtures from the US could be read as a new power game that Washington wanted to unleash so as to mar the unifying efforts of the EU. Such policies would only exasperate the EU nations as this would only embolden the demagogues in Europe.

Is it so that Germany can alone save the EU? It’s not possible for Merkel alone at the moment. But, Germany has the Eurozone’s biggest economy that accounts for more than a quarter of the bloc’s output. It has the largest number of people and the most workers who indeed set the course of the continent’s economic engine. Many of the EU countries like France, Italy, Belgium, Slovakia, Sweden and the Netherlands, all of them count Germany as their top business partner.

EU’s decline is no more a cock and bull story anymore. As the US is withdrawing from some of the key global summits and treaties, the last exit point maybe the World Trade Organization (WTO), the EU would find it equally difficult to bear the heat from China and Russia. Trump’s theatrics are simply bunkum. Simply taking on China and on global institutions at a time Covid-19 is engulfed the world is highly deplorable. Yes, it is well-understood that these invectives towards China are all about winning the next term for the White House. But then derailing a liberal order which the US itself has been pioneering and guarding for almost more than seven decades is inconceivable. Why an America of the 21st century is trying to push itself to self-isolation? Why Washington is not partnering with Brussels to set the stage for a multi-polar world order? America’s grand confusion at global stage and current chaos, emanating from the Covid-19, is seriously impairing the stability of the liberal world order wherein the EU’s stake is certainly too high.

Further, the trade war between America and China may also affect the EU as well. Trump’s tariffs on a number of Chinese imports and on steel and aluminum from Europe have already disrupted the supply chains across Europe. This also has unsettled the plans of  many top management houses who readily take early decisions in regard to their investments for new factory spaces and the number of workers to be hired around the year.

Needless to say that strutting the EU project to its members and to the world could invite serious challenges at this moment. Even then, it would be completely wrong to conclude that the EU may evanesce soon from the seat of global leadership. With the devastation of the Covid-19, mass migration, right-wing upsurge, record low growth, Brexit, emergence of Russian subversion, anemic defence spending, and finally lack of unity among the members, one can easily point a finger at the grand signs of disarray. In the fight between the US and China, the role of the EU is definitely secondary and declining. If the world is not unipolar today, in a multipolar world order with the strength and growing economic might of emerging nations like India and China, the EU has very little relevance to put forward.

Beyond all these negative narratives, Europe always remains relevant. Its transcontinental presence of soft power, military and economic might can hardly be matched by the US or China. To conclude, we can safely say that Europe is the “invisible superpower”. The Covid-19 crisis may take longer and surely hamper in rechristening the EU. But it is a temporary phase. Europe had seen many such disasters in the past. And these advanced nations with their superior health, administration and leadership would stage a comeback at the global stage. It’s a misnomer to advocate that the EU can’t act as a superpower. It’s a fact that Europe is not a sovereign state like India or the US, but when it comes to any point of crisis, it always acts as a single entity. After Russian invasion of Ukraine, many international pundits opined that Moscow might turn towards the east i.e. China because of its economic might. But these experts were proved wrong. In mid-2015, China’s trade accounts for only 14 per cent of Russia’s trade whereas only three European countries combined i.e. Germany, the Netherlands and Italy accounted for more than 20 per cent of Russia’s trade. Thus Kremlin looked again towards Europe, not Beijing. And the misconception that China has become more important in Russian power calculus was just brushed aside.

The Covid-19 poses a new threat to European unity. Many of the members of the EU are mulling over self-imposed protectionist policies in regard to migration as their systems are already too overburdened. This and the post-Covid Europe will definitely witness the rise of more nationalist narratives. But this is not a new trend. The EU is too resilient to handle such roadblocks in remaining united and strong. Despite such tremors, its core formal institutions such as single market, environmental and other public regulations, the common trade policy, agricultural policy, foreign aid, and common border control mechanisms have still stood untouched. What Dani Rodrik advocated should stay not only as an evergreen theme, but as a working spirit to both the European leaders and to its people at this moment of Covid-19 crisis: “From Europe came democratic values, social solidarity and for all its current problems, the most impressive feat of institutional engineering of the century, the European Union”. Hope it does. Long live the European unity.