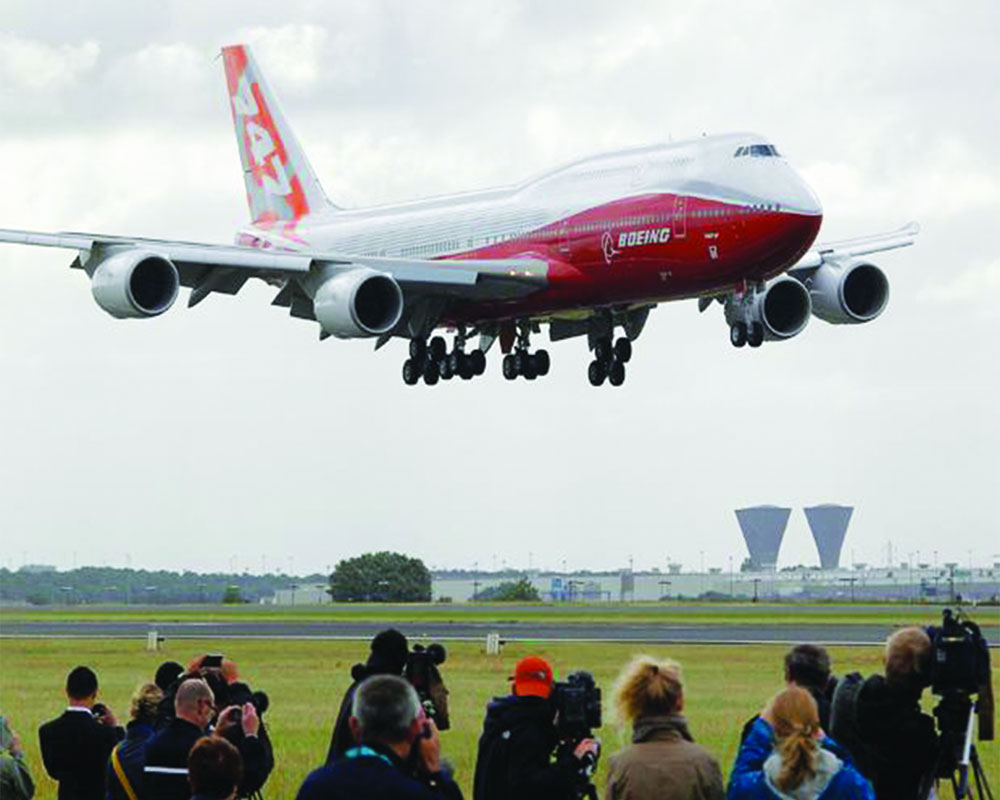 The Boeing 747 is being withdrawn from passenger service. It changed aircraft design, made flying affordable and pushed airports to improve their facilities

The British Airways’ announcement that it is going to retire its fleet of Boeing 747s from commercial passenger services hit many aviation fans pretty hard. I have probably flown more passenger miles in the British Airways’ 747 aircraft than on any other airline. In the past few months, two other iconic operators of the Boeing 747, Australian airline Qantas and Dutch airline KLM, also announced that they flew their last jumbo flights. In the last couple of years — thanks to the emergence of more point-to-point flying, higher frequency and the sheer efficiency of modern twin-jet aircraft like the Boeing 787 and Airbus A350 — more and more 747s are being retired across the world.

Air India withdrew the jumbo flight’s operations a couple of years ago but has been using it for some Haj and Ummah-related duties. Most other American, Asian and European operators have retired the plane from service. However, there are exceptions like Air China, Lufthansa and Korean Air, which operate the newer 747-8 variant, and a couple of other airlines such as Thai Airways that operates the older 747-400. In fact, my last 747 flight was unexpectedly on the Thai Airways from New Delhi to Bangkok and back last year in October.

The global aviation industry is in a meltdown after the Wuhan virus laid waste to the global economy. Global aviation was a primary vector in the spread of the virus and many nations sealed their land borders. Others like India banned all flight operations though limited repatriation flights are still being carried out.

Many airlines have read the writing on the wall and they understand that even if a solution, such as a vaccine to this accursed pestilence is found, traffic will not recover for months, may be even years. The Boeing 747 is too large an aircraft for reduced traffic. This means higher operating costs. As for Airbus A380, airlines are quickly retiring these aircraft, too. Air France, the airline of the nation where the A380 is put together, just retired all of its Airbus A380 fleet, the youngest being a decade-old. Airlines will tell you that it is cheaper to fly two Boeing 787 Dreamliners than a single 747 or Airbus A380.

While cargo variants of the 747 are still flying in great numbers, both those built at the Boeing factory outside Seattle, Washington, and those planes converted from passenger operations to freight, have halted operations. After all, the 747 was initially conceived as a cargo plane and the iconic “hump” on the aircraft was there to allow the nose to be lifted up for the cargo to be loaded. Cargo operations with the 747 are likely to continue for many, many years because there is no direct replacement for it. In fact, most international air cargo operators still follow a “hub and spoke” model for cargo travelling between major airports.

The last convoy carrying fuselage and wing sections of the A380 has reached the final assembly line in Toulouse and the aircraft will be completed in a couple of months. Even then, the single largest operator of the A380 aircraft, the Dubai-based Emirates Airline, is retiring its oldest twin-deck behemoths. But it is ironic that the Boeing 747, which undertook its maiden flight in 1969, would have significantly outlived the Airbus A380, a plane built with typical European arrogance to one-up the US. The A380 is undoubtedly an amazing engineering and technological achievement unlike the Boeing plane, but is an unmitigated commercial disaster.

The Airbus A380 line will close soon as the last nine planes are prepared for delivery. In the 15 years since the factory opened its doors, a mere 251 entered commercial service. Boeing is expected to close its 747 lines in 2022, with 16 aircraft (all cargo variants) remaining to be delivered. Around 1,558 planes have already been delivered since 1970. And while the current options such as the 747-8 have little in common with the earliest model —100 and 200 variants — just one look, and you know that it is 747. I think (I do not believe that I am alone here) this is the single most important reason that the 747 is seared into our memories; it looked unique when it was first flown and it still does with the hump at the front and its sharply swept wings.

There was an aesthetic beauty in the 747, which the A380 simply does not have. The latter is functional but not pretty. Truth be told, I rarely got to fly in 747s of late, the move to withdraw it from service across the world having begun in the early 2010s. Of course, those two flights to Thailand were a pleasant surprise, a couple of British Airways flights across the “pond” stuck in a middle seat less enjoyable. But I did experience that ultimate joy of an aviation fan. I have flown on the upper deck of a 747, which is one of the single most fun things one can do.

The last time I did that was on a British Airways evening service from Chicago O’Hare to London Heathrow. As far as my memory goes, I think I just slept throughout that flight. I never knew it was going to be the last time. Even as global air travel boomed during the past decade, a lot of that was due to the rise of low-cost airlines, hopping and skipping around the world with their gigantic fleets of Airbus A320 and Boeing 737 aircraft.

While it will be interesting to see what happens to these airlines, even Indian ones, in the aftermath of the Chinese contagion, international air travel, too, has changed. In no small part, thanks to the emergence of more point-to-point flying and ultra-long-haul flights.

A decade ago, a non-stop flight to and fro from India to the US was just about possible with a load of penalties. Today’s Boeing 777 and 787s and Airbus’ A350 can make the crossing with a full load in just 16 hours. Imagine travelling from New Delhi to San Francisco in the 1970s and 1980s when the 747 had just begun service. An Air India or Pan American 747 would have taken you to New York’s JFK after stopping at least two-three times. You would have to change planes at JFK and then make the cross-country hop across the US, may be with another stop or two. Travel time with stop-overs may have been around two days.

Before the pandemic started, both Air India and United Airlines had non-stop services between the two cities, 15 hours from take-off to touchdown. Sure, that might seem like a lot of time without any “fresh air” but there was no need to walk bleary-eyed with screaming children across a strange airport, dealing with security and waiting for hours through weather delays and the risk of lost baggage, thanks to the multiple connections. But without the Boeing 747, none of this would have happened. The 747 made large-scale international commercial travel viable; it democratised travel in a way that was previously unimaginable. It is because of the Boeing 747 that there was a huge wave of migration of engineers and doctors out of India in the 1970s and 1980s.

The 747 made flying affordable; it made global airports improve their facilities, jetbridges that connect planes to the terminal became a standard feature at airports as did massive automated baggage handling. Airports built bigger runways and larger infrastructure to cater to the masses that a single jumbo jet brought in. The 747 changed aircraft design; the high-bypass turbofan engines developed for it transformed aviation. It led to the development of the trijets Douglas DC-10 and Lockheed L-1011 Tristar by rival companies.

It is the development of the high bypass turbofan, which literally sips fuel compared to older engines, that led to the creation of all modern planes such as the Boeing 777, which has the largest engine in commercial service. The 747 was the “Queen” and the world of aviation comprised its subjects. Even though fewer and fewer 747s remain in the skies ferrying passengers, the legacy of the Boeing 747 is one that will continue for a long time to come.