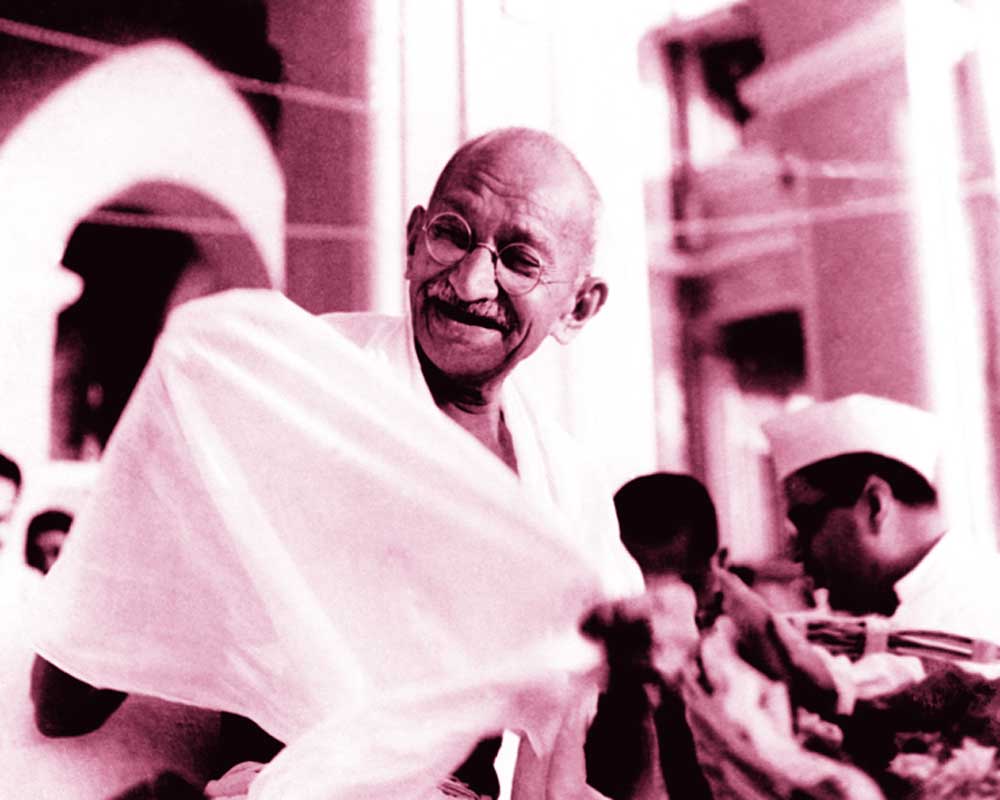 The idea of putting Gandhi on the Budget cover page by Kerala Government may have many connotations, but one thing can certainly be said. More than seven decades after his death, Gandhi refuses to die. Some may find fault with Gandhi’s ways, some may make uncharitable remarks against him and some may move the Supreme Court to direct the government to confer Bharat Ratna on Gandhi. Either way, Gandhi lives on. Evaluating Gandhi is a tall order. It is better to try and understand him. The beauty of Gandhi’s personality is that even his sworn detractors realise that you cannot negate Gandhi. As a course instructor teaching Business Ethics to management students for over two decades, I have found Gandhi fitting in the curriculum even without a mention of the name. The same is true for the Ethics course for the Indian Administrative Services. There cannot be a course on Ethics without Gandhi. There was a time when Gandhian thought was a part of the curriculum for the civil services. Even if it is not so today, Gandhi’s ideas remain the essence of the course. The things Gandhi stood for are difficult to capture in a piece or even a volume and naturally people find it difficult to understand him. The Ahimsa centre at California State Polytechnic University in Pomona, US has been actively pursuing Gandhian ideals ever since it was established in 2004. It is rather strange that Gandhi is less researched in his own country. One opinion that is often expressed to describe Gandhi’s views are that they are too idealistic to be practiced. Nothing can be further from truth. Gandhi was a practical idealist. Those trying to dismiss him as impractical are simply trying to negate the truth. Even if Gandhi’s ideas were too ideal, the point is that there is little sense in setting a wrong benchmark in the name of practicality. Lest we forget, at the turn of the millennium two decades ago editors of several globally reputed periodicals asked historians to rank the greatest leader of the twentieth century. Gandhi’s name figured at the top. In Gandhi they found the right leadership qualities. Isn’t it fallacious that you know what is right and advocate what is wrong? The debate on Gandhi often veers around wrong points. Gandhi was a votary of values based leadership, and a practitioner, too. Practicality and morality can harmoniously go together. Machiavellianism and Gandhism are two different approaches and both are possible. Only one has to believe. Realism may not necessarily be non-idealism. Gandhi epitomised the most desirable managerial quality that is widely talked about these days in management jargon as ethical leadership. It is not about idealism versus realism but idealism as realism and it can provide answer to most of the problems the world faces today. The problems of the world in the present times are problems of faulty leadership styles than anything else. Ego driven rather than ethics driven. Gandhi accomplished what he could by sheer dint of his moral courage. That is what we need today. Gandhi is recognised as a global icon and will remain so whether people like it or not.