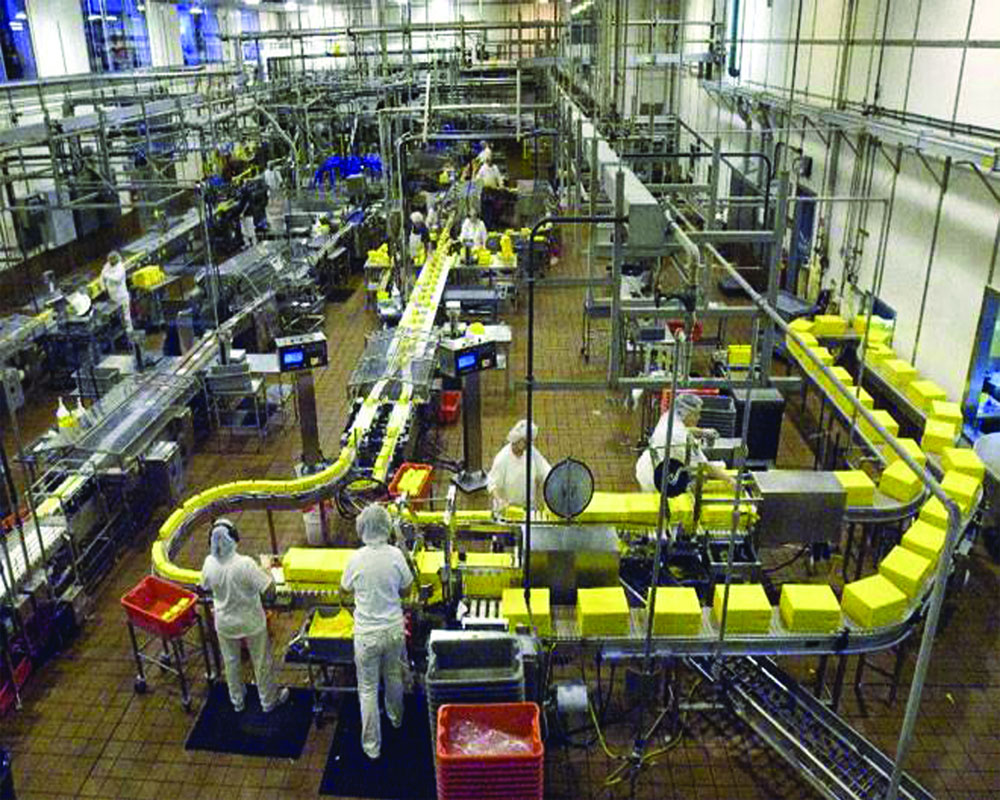 Amid the pandemic scare that has laid unprecedented challenges before nations across the world, some Indian States show the way to attract investments

As the Coronavirus moves remorselessly across the world and medical experts surmise that it could be with us for another two to three years, its lasting legacy will be painful for those at the bottom rung of society, those marginally above and those in the middle. With three successive lockdowns, India has managed to keep mortalities low but now, as tentative moves are made to reopen the economy, the anticipated spike in cases has begun.

Civil society across the nation rose as one to ensure that no one went hungry in the cities; at least two nutritious meals were provided daily in every cluster where unemployed labour resided; those with facilities to cook themselves were given dry rations as State agencies chipped in. Without the Herculean efforts of ordinary middle class men and women, it would have been impossible to avert starvation deaths in such a large country but India did it.

Events of the last few days, however, show that India’s poor, the migrant and daily wage earners got tired of standing in lines for food amid growing uncertainty over employment. It is one thing to line up for food cooked for a religious occasion as community sharing is deeply ingrained in Indian tradition but these hard-working souls felt their self-respect undermined when the lockdown was extended, twice. Ironically, State transport to their distant homes arrived almost simultaneously with the resumption of some economic activity. Sadly, some felt so homesick that they began walking; 16 migrants fell asleep on a railway track in Maharashtra and were mowed down by a freight train at night. It was nobody’s fault but the incident added to the national anguish.

Overall, the economic forecast is grim. Understandably, many small businesses and small manufacturers could not sustain without income but many well-off organisations also announced lay-offs. Amid the gloom, Madhya Pradesh, Uttar Pradesh and Gujarat announced major reforms to attract investments to their States.

In Bhopal, Chief Minister Shivraj Singh Chouhan made major changes in the Agriculture Produce Marketing Committee (APMC) to put the producer-farmer on top of the trade, rather than the middleman or APMC that have traditionally pocketed their profits. Henceforth, farmers can sell their crops to any buyer if they can negotiate higher prices than the Government-stipulated minimum support price (MSP), or go to the mandi for MSP. This will benefit farmers with higher quality crops.

Madhya Pradesh has also permitted private mandis with trading facilities, yards and even cold storage chains; they can operate throughout the State on a single licence. These mandis will charge a single fee for a transaction and won’t pay commissions for crops purchased at non-base locations. The prevailing prices in all mandis will be made public. While mandi tax rates remain and farmers will have to bear some cost of sales, the new rules help promote Farmer Produce Organisations (FPOs). An electronic retail facility will allow farmers to find buyers outside the State, on the lines of the e-National Agriculture Market (e-NAM) launched by the Prime Minister in 2016.

Simultaneously, Chouhan has tweaked labour laws for the next three years to attract industry to the State. He has put an end to “inspector raj” by relaxing departmental inspections and paperwork and allowed factories to structure shifts to maximise productivity. The Madhya Pradesh Industrial Employment (Permanent Order) Act, 1961, is being modified to exempt factories employing up to 100 workers from the provisions of the Act. All new factories will be exempted from vexatious provisions in the Factories Act, 1948.

Uttar Pradesh Chief Minister Yogi Adityanath, too, is aggressively wooing investments, suspending the Uttar Pradesh Temporary Exemption from Labour Laws Ordinance for three years. This will impact both existing and new industrial units. The State hopes to attract industry that may withdraw from China in the wake of the COVID-19 pandemic and revive its flagging economy. However, it has clarified that it is retaining important legislations such as the Bonded Labour Act of 1976, Employee Compensation Act of 1923, Building and Other Construction Workers’ Act of 1996, Maternity Act, Equal Remuneration Act, Child Labour Act and Section 5 of the Payment of Wages Act. But the enforcement wing will not be permitted to raid factories on minor grounds.

Gujarat has avoided the Rajasthan route that permits factories with less than 300 workers to retrench workers at will, though it allows units in special economic zones (SEZs) to lay off workers without Government sanction, regardless of the number of workers; however, in 2015, it increased the wages due to retrenched workers from 45 days to 60 days. Gujarat also amended the definition of “employer” under the Minimum Wages Act to cover outsourcing agencies and contractors, among others, who will have to pay minimum wages to contractual workers.

The State is racing to woo new investments by announcing a 1,200-day holiday from labour laws (barring Minimum Wages Act, Industrial Safety Rules and The Employee Compensation Act) for new units. Chief Minister Vijay Rupani has made approvals for setting up new industries completely online, to be granted within 15 days and land allotted within seven days. The idea is to attract industries and multinational companies from Japan, the US, Korea and Europe that may want to relocate from China.

The Bharatiya Mazdoor Sangh (BMS) and other labour unions are concerned that States are using the need to empower industries to snatch away the rights of the workers. They warn that at a time when over 100 million people are jobless, such measures may not bring economic revival as lack of employee welfare systems and in the absence of dispute settlement mechanisms, labour productivity could be impacted. The Centre, however, is enthusiastically backing the reform measures as the industry has long been demanding labour reforms. In fact, the Confederation of Indian Industry was quick to welcome the moves, though only time will tell if these measures can kickstart the economy.