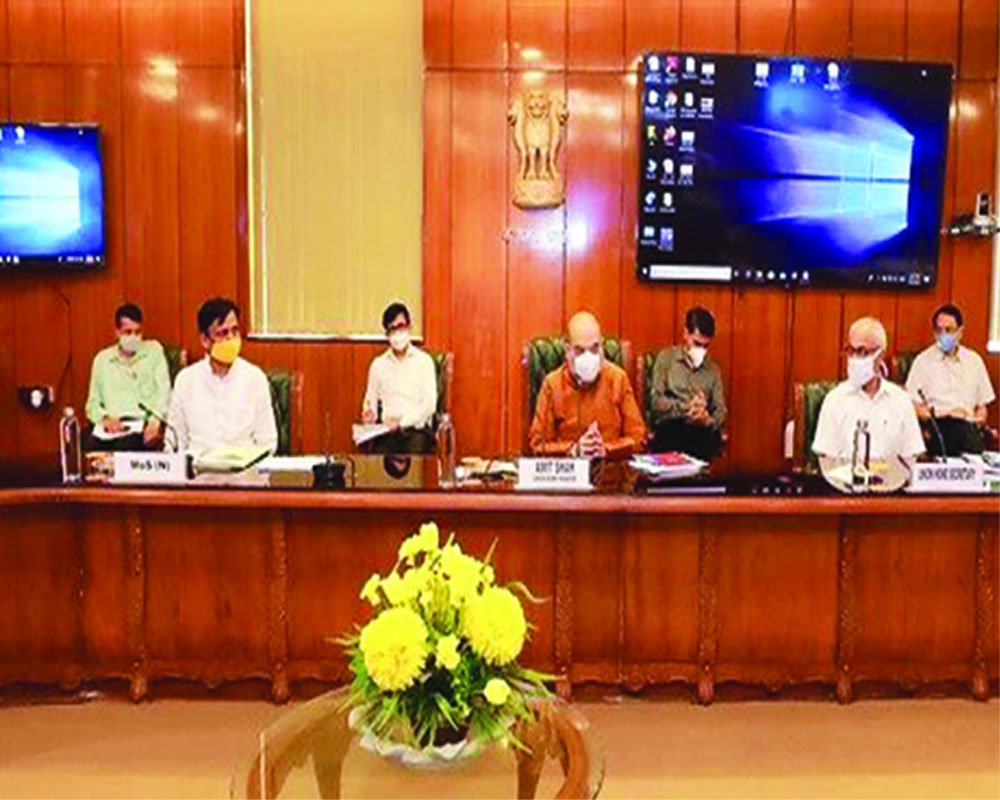 The timing, motive and the very structure of the five-member committee formed to make changes to criminal laws are questionable. Greater transparency is needed

There is a famous parable that is believed to have originated in the Indian sub-continent and finds a mention in ancient Buddhist, Hindu and Jain texts. The story is of a group of blind men, who encounter an elephant for the first time when the animal is brought to their village. Having no idea about its shape or size, the blind men decided that they must inspect the animal by touching it in order to paint a picture in their minds. One blind man put his hand on the trunk of the elephant and said that the animal was a thick snake. Another touched the elephant’s ear and said that it seemed like a type of fan. A third blind man, who touched the leg of the elephant, said that it resembled a tree trunk while another felt its tusk and thought the animal was like a spear. The parable deals with how our subjective experiences, while they may be true and honest, have an inherent limitation. They fail to account for the truths and experiences of other people. The parable is an appropriate metaphor for the law-making process adopted by the BJP Government at the helm.

A recent example of this myopic approach to law-making is the constitution of a five-member Committee for Reforms in Criminal Law, which has been set up by the Union Ministry of Home Affairs at the National Law University, Delhi. The panel includes the Vice Chancellor and Registrar of the university as well as the Vice Chancellor of Dharmashastra National Law University, Jabalpur, renowned criminal lawyer Mahesh Jethmalani and a former district and sessions judge from New Delhi. The committee’s primary role is to recommend changes and reforms to the criminal laws of the country by examining the procedural, evidentiary and substantive rules.

Let me be clear, no one can deny the fact that there’s an urgent need to reform our criminal laws. However, the manner in which the committee has been formed, the way it is expected to operate and the limited perspective that it will offer leave a lot to be desired. With regard to the formation of the committee, it has been established under the directions of the Union Home Ministry, which essentially has under its purview the very organs that have violated a number of criminal laws while carrying out their functions.

This is especially surprising because law reform is typically the domain of the Ministry of Law and Justice. This Ministry forms commissions, which consist of lawyers, bureaucrats and other relevant stakeholders. In fact, in the past, several law commissions have recommended changes to the criminal laws in their reports. So, it is not clear why this role was suddenly usurped by the Union Home Ministry.

The second issue relates to the manner in which this newly-formed panel was constituted. While the need to reform criminal laws has been felt time and again, it is unclear why such a necessity arose at the time of a global pandemic, when every fifth case of COVID-19 is reportedly an Indian. The committee has commenced online consultations barring a few people who may not be able to participate through this mode. Thereby, it has automatically excluded the very people who are most affected by the abuse of criminal laws and the due process. Not only is the commencement of the consultation suspectible but the time given to the committee to prepare its report — six months — is reflective of a cruel sense of humour where unfortunately, the joke will be on everyday citizens, who are subjected to outdated criminal laws on a regular basis.

The third matter relates to the  constitution of the committee itself. It is shocking how north India-centric and more specifically Delhi-centric the committee is. What is even more appalling is that the committee lacks diversity as there is no woman or any member from the minority or the marginalised sections of society on the panel. These are the very people who disproportionately are the victims of criminal laws.

For example, it is staggering that the committee will be debating on things like whether marital rape should be excluded from the domain of rape laws. However, women practitioners of criminal law have not been included in its panel. It is precisely for this reason that a number of retired judges, senior advocates and women lawyers from all across the country have written to the committee, expressing concern about its blinkered nature.

Unfortunately, the committee is a reflection of the BJP’s approach to governance where it is assumed that India is not a diverse, vivid populace but a homogenous block; where discussion and debate are an unnecessary time lag. It is precisely this approach that was visible when a monumental disaster called demonetisation was inflicted upon us. While the well-to-do and the upper middle class managed just fine with easy access to funds, it was the poor and the unorganised sector that bore the brunt (and is still bearing) of perhaps the most ignorant policy decision in recent memory.

The fact that cash in the economy today is higher than it was even during pre-demonetisation levels is an embarrassing reminder of the Government’s high-handed, rushed and negligent approach.

However, the Government does not appear to have learnt  from its mistakes and looks to be sticking to its dogged approach. In some cases, however, there are institutions like the High Court of Karnataka, which, while examining a challenge to the draft Environment Impact Assessment notification, expressed displeasure on the Central Government’s stand that it will not publish the draft EIA notification in regional languages and will consider staying the notification.

Ultimately, we can only hope and pray that the Government pays heed to these concerns raised by civil society and institutions, who wish to ensure representative law-making. If the Government fails to do so, you and I will be left holding the tail of the elephant while the Government calls it a rope.

(The writer is a former IPS officer, a former MP and currently a member of the AAP)