Insanity has a physical form (or two)

Insanity has a physical form (or two) 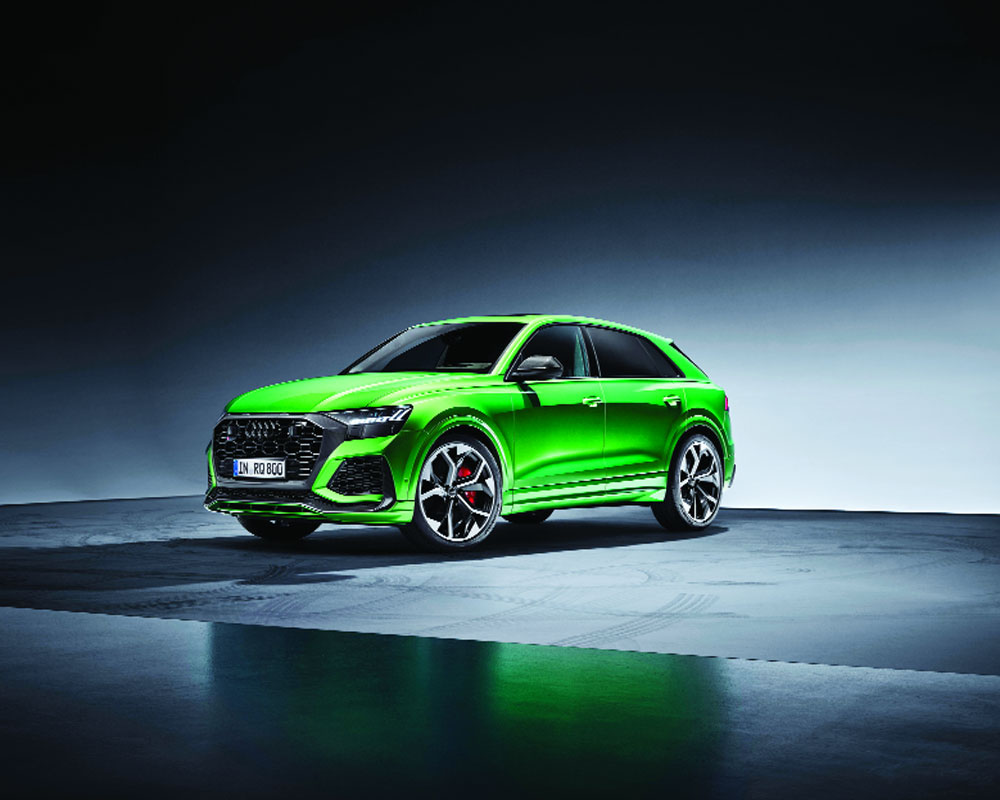 Sometimes, it is best not to ask why. Because sometimes there is no logical answer to why

Logic should dictate that no car should have an engine producing “600” horsepower. Let me put that number in a bit of perspective for you. The two top-selling cars in India for the month of October were the Swift and the Baleno from the Maruti stable. They both feature the venerable K12M engine that produces 82 horsepower. So both crazy cars that I am featuring here produced seven times more power than India’s best-selling cars. There is no logical reason for the Audi RSQ8 and the BMW X5M Competition to exist. But they do, and my god, are these two cars utterly, butterly maniacal.

First. Let us look at the Audi RS Q8, which is definitely the best looking vehicle in Audi’s line-up right now and when Audi’s crazy engineers at the RS division got their hands on it, they made it into a vehicle that is as comfortable on the ramp as she is in a fighting cage. A stunner that can crush your windpipe in a MMA bout — not someone to be messed with. The twin-turbocharged four-litre V8 engine spits out 600 horsepower onto the asphalt, but could quite as easily hum along on the highway as well. It won’t be an economical drive, but that is what you get when, well, logic doesn’t apply.

Then again, the RSQ8, even with its unique paints compared to the regular Q8 is what you’d call a “sleeper”, sure the 23-inch wheels are a bit of a giveaway but Audi’s RS cars have never really tried to stand out from the normal. Until you press your right foot down, the RSQ8 moves. It can touch 100 kilometres per hour from a standing start in just 3.8 seconds and if you take the performance pack, this car can touch in excess of 300 kilometres per hour (it is limited to 250 kmph in regular trim). Although there is nowhere you can do that legally in India, the Buddh International Circuit’s straight is too short and unless you can access Delhi Airport’s newer 4,000-metre runways, doing so in this country is nearly impossible. Actually, for that matter, hitting 300 anywhere in the world is rather impossible other than some small select stretches of German autobahns (controlled-access highway systems in Germany). The price for this insanity — just `2.07 crore ex-showroom. But tell what, this is cheaper than other vehicles with a similar amount of power, almost a crore cheaper than its slightly more powerful Italian cousin, the Lamborghini Urus and much less of a show-off.

But the RSQ8 is not cheaper than another rival from Germany, the BMW X5M competition. The X5M may not have the looks of the Audi. Think of the BMW as Stipe Miocic and the Audi as Valentina Shevchenko, sorry for my UFC references here, but both these cars are like UFC fighters are to the normal human population. Actually, the BMW goes just fast even though it has a teensy-weensy bit more power. An additional 25 horsepower but since it is bigger boned (and bigger engined, with a 4.4 litre V8), it needs it. It is however, at `1.96 lakh, one small hatchback cheaper than the Audi.

I drove the BMW X5M Competition for a couple of days, and one aspect that where the BMW certainly does shine out over the Audi is that it definitely looks the part. Forget the standard M-wing mirrors and rear diffuser, the press car’s Tornado Red paint scheme really stands out of the crowd. You cannot mistake this for a standard X5 even if the owner puts an outsourced ‘M’ badge on the car.

Also, quite honestly BMW’s overall infotainment and display package is superior to the Audi’s although I do like the lower touchscreen interface on the Audi. But those are minor things if you buy vehicles like this. Last week, I asked what the raison d’etre for the BMW X3M Competition was, well for these bigger, badder SUVs they exist to turn dinosaur juice into noise, and both cars deliver a stunning soundtrack. At traffic lights, people who know will look at you and want to hear the soundtrack. There was a delicious irony in the fact that I drove the X5M Competition a few days after BMW unveiled their future all-electric SUV, the BMW iX. More on that in another column.

Of course, money makes little or no difference when you buy such cars. Fuelling them with high octane fuel will not guarantee much range and the figures you’ll see on your fully digital displays that thanks to the cavernous fuel tanks both cars enjoy. The folks who actually put the money down to buy vehicles that defy logic and physics wouldn’t read columns like this. But if they accidentally came across this, well, these cars will not and do not need to answer anyone. Heck, even Batman doesn’t question the inmates in Arkham Asylum.