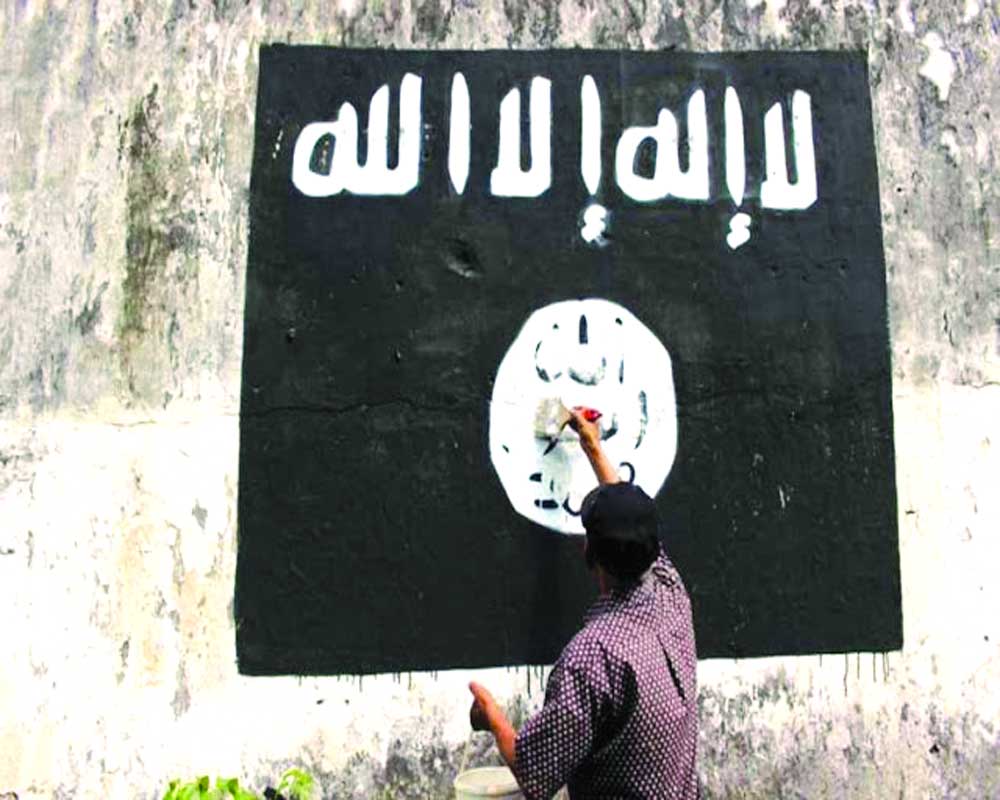 The terror group stands to gain much from the assassination of Iranian General Soleimani, who was the face of armed resistance against it in Iraq and Syria

Not very long ago, December 2017 to be precise, the world was celebrating the defeat of the Islamic State (ISIS), the deadly face of terror that had compelled the world powers with differing strategic interests to come together to defeat it and along with it the idea of a medieval Islamic Caliphate. The ISIS had succeeded in recreating it by capturing swathes of territory in Iraq and Syria, including oil fields, refineries and mine fields of strategic minerals.

The aura of the ISIS was such that it not only attracted thousands of jihadists from different parts of the world, including Europe, but also dared to challenge the might of the United States (US) by executing and beheading American citizens. The menace of ISIS grew so fast and rapidly that the entire world was unanimous in countering the threat posed by it. Qaseem Soleimani, an Iranian General, was the face of armed resistance against the ISIS in Iraq and Syria along with the USA, Russia, Turkey and its European allies. Soleimani contributed in a big way in the defeat of the ISIS. The US and Iran, adversaries in the Middle East, identified a common enemy in the ISIS and effectively fought together against it to eliminate the terror group’s de facto state in Iraq and Syria. However, realpolitik soon overtook the strategic convergence of interests with Iran and the US almost at the verge of a war with a renewed Middle East crisis.

The ongoing US-Iran crisis reached the peak last month with US President Trump authorising the killing of General Qaseem Soleimani, the head of Iran’s Islamic Revolutionary Guard’s elite Quds Force and an American ally in the fight against ISIS while he was on a visit to Iraq. This raised the tensions between the US and Iran to a new level with the future of the US forces in Iraq in the doldrums.

It also let loose many Shia militias which Soleimani had carefully raised and groomed to counter and challenge the ISIS. Their focus all of a sudden shifted from combatting ISIS to their newly-emerged enemy, the US assets and troops in the Middle East. Under the threat of Iranian retaliation, even the focus of Americans and others has been diverted from the ISIS and other radical Islamist jihadi terror groups for the time being. If at all there was a clear winner of the ongoing US-Iran conflict, it was undoubtedly the terror organisation. It has provided the ISIS with the much-needed oxygen as well as time and space to reorganise and regroup.

As a result, the US and its allies now face the dual threat of Shia militias and the Sunni radical Islamist jihadi terror groups led by the ISIS. The fall of Soleimani has provided them a new opening. The growing demand of ejecting US forces from Iraq has further complicated the security scenario in the region and in the process hurt the efforts to counter ISIS which have suffered a serious blow.

My assessment when Iraq’s Prime Minister declared a final victory over Islamic State in December 2017 was that the “ISIS may have been defeated but it was not destroyed. It may have been disseminated but was not dissolved.”

According to Goldenberg, an American diplomat who had served as Special Advisor in the Middle East between 2009-12,  “The ISIS retains an underground presence and could take advantage of the chaos of an American withdrawal or a US-Iranian conflict to improve its position in Iraq.”

The assessments are seeming to be proving true with increased frequencies of terror attacks by the ISIS after the elimination of General Soleimani. The upheaval created by his killing has given rise to such conditions in Iraq that the ISIS is ever-willing to exploit.

The weakening of the Shia militias as a consequence to absence of Soleimani’s charisma as well as sterling leadership qualities will definitely weaken the Iraqi Government which would create a space for the ISIS and other Sunni terror groups to stage a comeback in the region.

Moreover, the US focus shifting towards defending its bases in Iraq and the security of green zone, will allow the terror group to manoeuvre more freely. The ISIS fighters, who had dispersed and gone underground are now rebuilding and re-emerging fully recuperated as a potent threat in form of insurgency, Improvised Explosive Devices, bombings, targetted killings suicide attacks, sniper attacks and lone wolf attacks. It is too early to assess if they would continue with this tactics or attempt once again to establish an Islamic Caliphate.

The US is trying to put up a brave front by denying any surge in the activities of the terrorist organisation due to its own activities. It is also obstinately claiming that most of the recent attacks by the group may have been planned well before the killing of Soleimani (because of the time and resources required to plan and execute such operations, more so when the ISIS is suffering from a unified command crisis and dispersion of its fighters). But the fact remains that with a divided focus it has become increasingly difficult for the US to contain the terror group.

The flare-up in the US-Iran crisis has certainly provided opportunity to Abu Ibrahim al Qurayshi — the newly- appointed successor of the assassinated long-time ISIS leader Abu Bakr al Baghdadi — to strengthen his grip and revitalise the terror outfit to intensify its attacks in the region.

Under Qurayshi’s leadership, the group may also attempt to regain lost territories in Syria and Iraq depending on the resistance it faces, as this would give the new chief an opportunity to establish his hold more firmly over the group and prove his mettle.

The ISIS attacks on US-backed Kurdish-led Syrian Democratic Forces have also intensified during the last month. The group is also trying to restore and rejuvenate its social media wing, its main source of funding and recruitment. Disturbingly, the terrorist group’s propaganda sites are on the rise on various social media platforms and apps.

The re-emergence of ISIS would have a definite impact on the Afghanistan-Pakistan region (Af-Pak region) with its consequential fallout for India and regional peace and stability in South Asia.

Soleimani’s successor, Brigadier General Ismail Qaani, is an old hand at fomenting trouble in Afghanistan and Pakistan. Solemani himself had played an active role in Afghanistan by cooperating with the Northern Alliance to fight the growing might of the Taliban. In a later turn of events after the American invasion of Afghanistan, Iran courted Taliban to fight the Americans and other Western troops in Afghanistan. General Qaani, who till as late as 2018 was the Iranian deputy Ambassador to Afghanistan, was instrumental in managing Iran’s Afghan policy.

Pakistan has also been accused of cross-border terror in Sistan- Baluchistan by Iran. Tehran is opposed to the rise of any Sunni-fundamentalist regime on its eastern border and with Pakistan now assisting the US to forge a deal with the Taliban, Iran has further been angered.

Shia-Sunni violence in Pakistan and persecution of Shias remains a constant point of friction between Iran and Pakistan. Thus a US-Iran conflict may have an impact in the situation in Afghanistan with Iran turning a blind eye to the rise of ISIS in the Af-Pak region as a complimentary threat to the US. In the process, Iran will try its best to derail the Afghan peace process. While Iran may have its own axe to grind in Afghanistan and sort out Pakistan as well for promoting the American interest in the region, rise of ISIS will have adverse impact on India’s security.

ISIS may well use Pakistan and Bangladesh as launch pads to renew its threat of Ghazwa-e-Hind. India will have to be cautious and watchful and at the same time strengthen its intelligence apparatus to counter the emerging challenges.

(The author is a Jammu-based veteran, political commentator, security and strategic analyst)