Let them show the way

Let them show the way 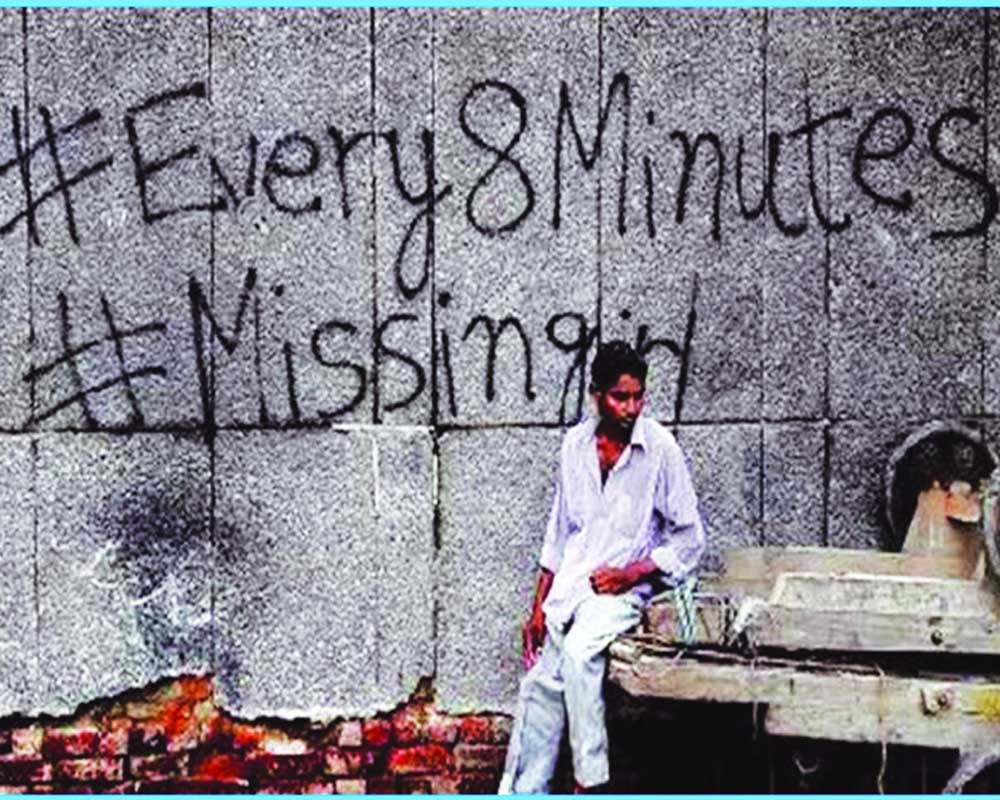 Twenty seven-year-old Nilofer is a single mother to one girl, a vegetable vendor and an activist. She became an activist in the course of survival, when a few years ago, she found herself ostracised by her family and community. She was being punished for having been a “corrupt woman” who eloped with her lover, got sold by him to a brothel in Pune and subsequently managed to escape after three failed attempts.

Far from finding respite, Nilofer found herself incarcerated in a shelter home for “rehabilitation” where she was told to learn bookbinding, tailoring, knitting and basic computer skills so that she could find a job after she went back home.

When she returned home after non-governmental organisations (NGOs) and the shelter home set her free on the Government’s order, she found that her battle for rehabilitation had just begun. For her family, Nilofer was a source of endless shame and stigma and to make matters worse, her newly-acquired skills did not bring her any employment. While some Panchayat members and officers in public administration offices sympathised with her, others were apathetic or even stigmatising.

Months later, she was approached by another woman, who had a past like hers. She introduced Nilofer to a survivors’ support group, which also became a band of activists fighting for their survival and punishment of their traffickers. Today, her support group is part of a federation of collectives of survivors of human trafficking called Indian Leadership Forum Against Trafficking (ILFAT).

ILFAT’s membership is 2,500 and counting as more and more survivors join from Odisha, Jharkhand, Bengal, Bihar, Andhra Pradesh, Tamil Nadu, Chhattisgarh and Uttar Pradesh. Other collectives from Rajasthan, Madhya Pradesh and Karnataka have also reached out to ILFAT after the organisation was written about in various newspapers and online media.

What is common between them is their experience of being promised safe and good employment, being entrapped and forced into various kinds of labour, being physically and sexually tortured, being intimidated and threatened into submission and even if they found an escape, their ordeal with State protection systems or the lack of it.

What is distinctive between them is that they were trafficked into different contexts — some into brick kilns, some into bangle factories, some as agricultural indentured labour and others forced into sex work. They are young and old, women and men, girls and boys, and they were mostly landless, caste-disadvantaged and of minority identities.

The Government has largely remained immobile when it comes to anti-trafficking policies and laws. Legal reform efforts have been embroiled in controversies and the State’s attempts to get the Trafficking of Persons (Prevention, Protection and Rehabilitation) Bill, 2018 passed lapsed in the Rajya Sabha.

There are diverse perspectives on how human trafficking should be looked at and addressed. For many, the issue is not one that can be addressed through the criminal justice system and requires a structural adjustment approach. For others, anti-trafficking policies and laws are a guide for the State and its moral guardians to aggress upon sex workers. And yet, for others, it is a crusade against traffickers, against male sexual privilege (the social legitimisation of indomitable male sexual appetite that must be met through prostitution of women or trans-women). And in these ideological and political battles are left out people like Nilofer, Rajeev (a 28-year-old man who had been trafficked from western, drought prone Odisha to brick kilns in Tamil Nadu) and Sukma (a young girl from Jharkhand who had been trafficked into indentured domestic labour in Delhi).

That they never received any rehabilitation services, that they are yet to receive compensations, that they have no legal aid from the Legal Services Authority, that they are incarcerated in shelter homes, that they have not received any treatment for depression or anxiety disorders or Post Traumatic Stress Disorder, and that public health, law enforcement, welfare and the private service providers, mostly NGOs, have little accountability for their non-responsiveness, are matters relegated to conferences and workshops for funders and NGOs.

Their voices only find expression in news reports showing them with covered faces talking about their ordeal. They are never taken on board to draft policy, monitor its implementation and inform the State about what works and what does not work.

Therein lay the genesis of ILFAT, in how survivors of trafficking came together and advocated the passing of the anti-Trafficking Bill. Though the Bill was passed in the Lok Sabha, to the disappointment of ILFAT members, it was never tabled in the Rajya Sabha. Hence IILFAT’s primary demand once again, as a forum of survivor leaders is that the comprehensive law like ToP Bill 2018 come back, be passed and made into a law.

ILFAT members believe that a comprehensive law against trafficking must be inclusive of all forms of trafficking, right from forced and bonded labour, sex trafficking to begging and servitude. Currently there is a multiplicity of laws, which deals with different forms of trafficking under the different laws in silos. Some laws define and penalise only one part of human trafficking and punishment of our traffickers is weakened by fragmented prosecution of this organised crime under different laws. It has been observed that multiplicity of laws is indeed weakening the implementation of these laws on the ground. Some parliamentarians say, quite rightly, that the anti-trafficking policy must not try to curb inter-State migration. Others feel that focus needs to be put into making enforcement stronger and more robust.

The National Investigation Agency (NIA) Amendment Bill recently made NIA the nodal agency to combat human trafficking. The Ministry of Women and Child Development is working on a new draft of the Bill to address previously-expressed concerns over the last Bill and the NITI Aayog expressed interest in the new draft Bill after meeting with ILFAT members.

The way forward may be to take survivor leaders of human trafficking as partners in anti- trafficking policymaking and its monitoring, not to treat them as hapless victims but as people who have lived the phenomenon and trust their wisdom and commitment for a future that is safer for their children, for all children.

(The writer is a researcher, facilitator, certified coach and practitioner of behavioural sciences who works on issues of gender-based violence and personal growth)