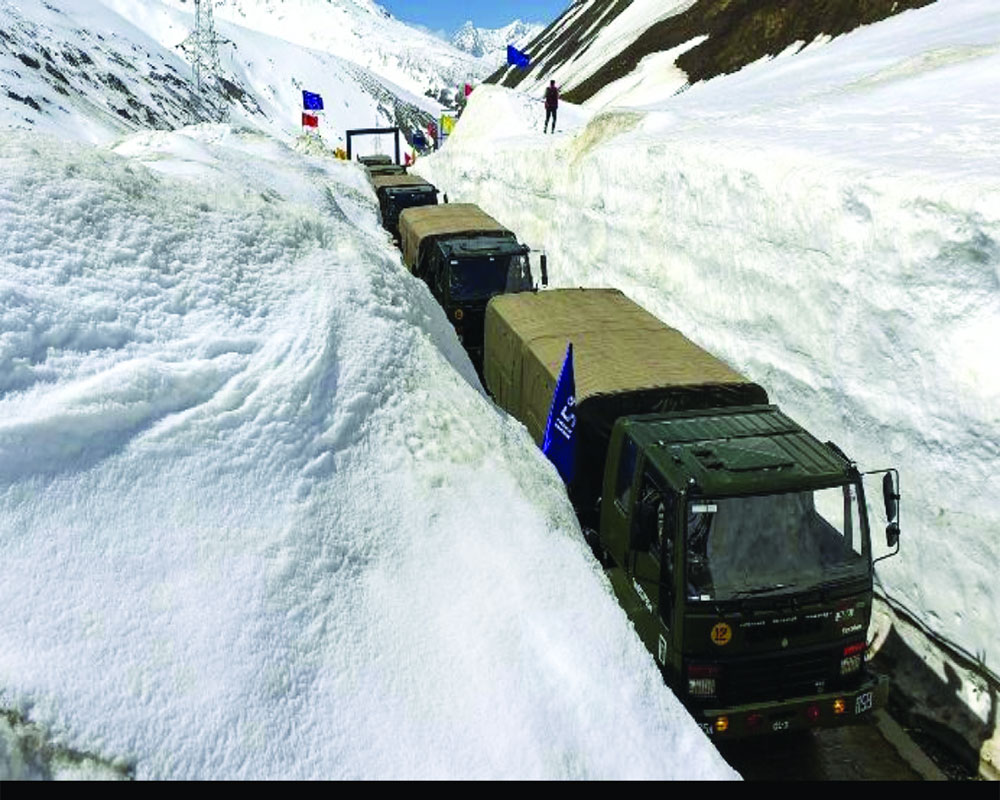 With no face-to-face discussion taking place between the two nations, a grand bargain cannot be expected in the near future

In the absence of a face-to-face meeting between Prime Minister Narendra Modi and Chinese President Xi Jinping, likely due to the Shanghai Cooperation Organisation (SCO) and BRICS summits at Moscow going virtual, it is External Affairs Minister S Jaishankar, who is talking to China through interactions with think tanks and media over his book, The India Way, completed before the current standoff in east Ladakh.

The last and only high-level face-to-face meeting was at Moscow on September 10 between Jaishankar and his counterpart, Wang Yi, which sealed the stalemate along the Line of Actual Control (LAC) on troop withdrawals with a standstill agreement following India’s pre-emptive occupation of seven Chushul heights on the Kailash range that rattled the People’s Liberation Army (PLA). The eighth round of Military Commander’s talks, which have become military-diplomatic with the inclusion of Foreign Ministry mandarins from both sides, expected next week, is unlikely to revive the comatose Disengagement and De-escalation Process (DDP) that has created buffer zones and prevented Indian forces from patrolling up to their claimed LAC. The PLA has unilaterally promulgated its 1959 claim line, annexing 1,000 sq km through multiple intrusions in April and May which India, in denial, has not acknowledged. The Chinese negotiators have creatively avoided the use of acronyms like LAC (instead use “border areas”) and the Restoration of Status Quo Ante (RSQA) (instead use “permanent disengagement”). Six months on, both sides are hunkering down for a harsh winter with China smiling.

So what precisely is Jaishankar telling China? First, that the peace and tranquillity in border areas have been deeply disturbed by the deployment of 50,000 Chinese troops on the LAC, which is a critical security challenge. Second, the strategic framework and security protocols crafted for peace and tranquility since the 1980s are no longer working. Third, the tragic Galwan clash and firing shots in the air occurred for the first time in 45 years. Fourth, India is not asking for resolution of the complex boundary question but only a peaceful border, which is a pre-requisite for normal bilateral relations. Fifth, India doesn’t have a reasonable explanation for the change in Chinese behaviour even after two informal summits. These are extremely reasonable urgings, even conceding concessions to China, as expediting the boundary question was always upfront. Collectively, this message reflects India’s faith in dialogue and diplomacy despite Chief of Defence Staff (CDS) General Bipin Rawat’s threat — accompanied with a fusillade of missile tests — of military option if diplomacy failed.

Let’s be clear, war was never on the table. Neither side wants conflict, especially China, which has got what it had sought by cheating, through unarmed combat and firing shots in the air. The Chinese statement on complete disengagement at friction points (PLA intrusions) and need for early de-escalation (Moscow declaration) are mere words unlikely to be translated into deeds so that as both sides acknowledge, “differences do not become disputes.” But the LAC and border areas are already disputed. Beijing has said that the root cause of tension is India building infrastructure in disputed areas and making Ladakh a Union Territory, when another reason is the loss of face at Doklam, where Indian soldiers prevented PLA from constructing a road through a disputed area. New Delhi has rejected Chinese statements on non-recognition of Ladakh and Arunachal Pradesh with assertions that both are integral parts of its territory.

Another issue Jaishankar revealed is about a recent  Chinese confidential proposal, which has been considered by the China Study Group. Kite flyers advocate de-escalation taking priority over disengagement before the onset of winter. China wants both sides to withdraw tanks and artillery, which will deprive India of terrain and equipment advantage for mechanised warfare, especially around the critical Depsang plains area where PLA has made its deepest intrusion, opposite the strategic Daulat Beg Oldie airbase and garrison, which China views as a launchpad against Aksai Chin. An additional reason for not withdrawing is the difficulty in bringing back tanks and guns over snow-covered passes. With trust completely shattered by PLA breaking existing protocols, no Indian commander will risk forfeiting a battlefield asset unless de-escalation is inclusive of “complete and full disengagement” amounting to RSQA. Tanks and guns at above 15,000 ft at minus 40 degrees centigrade in winter make for a mad first.

With Bihar elections around the corner, the game of denial and bragging by the Government over LAC has started. Home Minister Amit Shah, the trigger for the stand-off, is claiming no one can snatch an inch of land when large swathes have already been snatched. Wonder what Modi, who cleared China of any perfidy, will say during the election campaign.

The American onslaught against China, led by Secretary of State Mike Pompeo, is gaining momentum in sync with Donald Trump’s election campaign. Pompeo and his team have called China all sorts of names and accused it of bad behaviour. The US National Security Advisor, Robert O’Brien, has said talks and agreements will not work to change Chinese behaviour.

Meanwhile, China is on a high alert on multiple fronts with all its five theatre commands in a state of war readiness. Jinping visited the Marine Corps that he set up on taking over as the Commander-in-Chief. The second face-to-face ministerial meeting of Quad was held in Tokyo this month and while Pompeo called China aggressor, Jaishankar steered clear of taking any position of alignment. The US-India 2+2, the third ministerial dialogue, will start next week in New Delhi, when India will sign the fourth and final foundational agreement — Basic Exchange and Cooperation Agreement (BECA) — which is about geospatial information on employing armed drones (to be procured from the US) and Cruise and Ballistic missiles. BECA will deepen interoperability and facilitate access to US defence technology. India’s decisions on BECA and finally including Australia, after 13 years, in the Malabar naval drill, which includes the US and Japan, indicate that strategic choices are being made and risks being taken in ensuring strategic autonomy does not turn into strategic ambiguity — a Jaishankar prescription. On the other hand, Wang has already reacted to Quad and its likely militarisation. Initially, he called it “bubble and foam and nothing more” and is now calling it “Indo-Pacific NATO” from Asian NATO earlier. For China, the expanded Malabar exercise is a critical step India has taken in confirming Chinese suspicion that India has become a US ally.

That the occupation of Chushul heights and expansion of Malabar let India negotiate from a position of strength is wishful thinking. On the LAC, India is alone. Any Chinese proposal on de-escalation without disengagement amounting to RSQA will be unacceptable. With only virtual summits on the calendar, no grand bargain can be expected even as soldiers battle for survival in snow deserts.