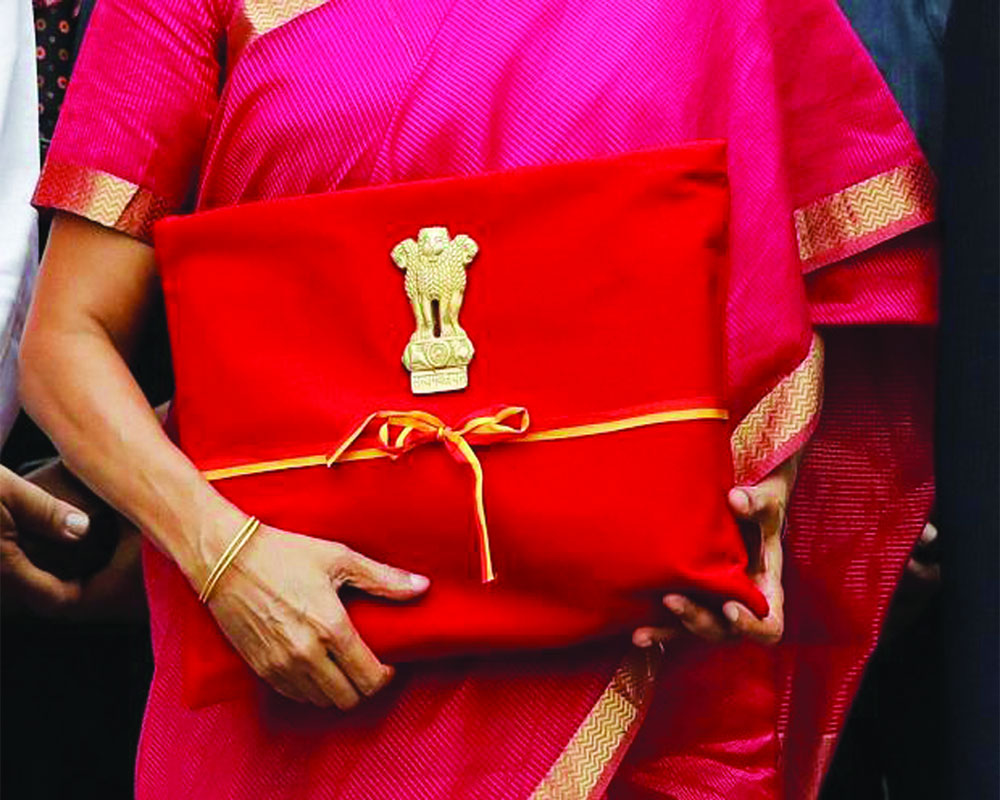 It is natural to expect an economic rebound in FY 2021-22. But it is vital to take a pragmatic view based on an objective assessment of how the situation unfolds on ground zero

The green shoots seen in October, in particular the rise in the Index of Industrial Production (IIP) by 3.6 per cent, have prompted agencies to revise their growth assessment for the current financial year (FY) from the minus 9.5-10.5 per cent projected earlier to minus 7.5-8.5 per cent, now. For the FY 2021-22, when the impact of the virus is expected to subside to a large extent due to the availability of the vaccine, it is only natural to expect an economic rebound. However, it is necessary to take a pragmatic view based on an objective assessment of how the situation unfolds on ground zero.

To begin with, the Gross Domestic Product (GDP) growth had already started sliding from the third quarter (Q3) of the FY 2018-19 and continued all through the FY 2019-20, culminating in a low of three per cent during its last quarter ending March 31. During the whole of 2019-20, the growth plummeted to a decade low of 4.2 per cent, down from an average 7.5 per cent recorded in the previous five years.

A nationwide lockdown in March dwelt a body blow by bringing most of the economic activities to a grinding halt. As a result, there was a precipitous decline in GDP growth by 24 per cent during Q1 of the current FY ending June 30. The slide continued during Q2 ending on September 30, though the deceleration was modest at 7.5 per cent (courtesy the graded exit from the hard lockdown).

However, the crucial point is that even if growth rebounds to the seven per cent-10 per cent range, the resultant GDP would have merely recuperated to the 2019-20 level or about Rs 14,500,000 crore or $2.1 trillion. The Union Budget for 2020-21 was prepared with an overarching focus on making India a $5 trillion economy by 2024-25, a target that Prime Minister Narendra Modi set at the start of his second inning in May 2019.

To reach there, the economy needed to grow close to 20 per cent per annum consistently over a period of five years — a rate never seen before even in a single year. It was totally unrealistic. Now, with the setback of 2019-20 and 2020-21 and India likely to remain stuck at $2.1 trillion during 2021-22, the target of $5 trillion by 2024-25 is unrealistic. For now, we need to analyse the reason behind the slowdown during these two years apart from the Covid-19 impact. The two determinants of growth are demand (this includes private consumption, Government demand and exports) and investment.

During 2019-20, thanks to the massive loss of jobs and declining incomes, even as private consumption suffered, an increase in Government spending failed to offset this loss. A number of fiscal measures announced by Finance Minister Nirmala Sitharaman in August/September 2019 (steep reduction in corporate tax, tax refund to exporters, sops for the real estate sector, support to housing finance companies and so on) besides monetary policy support, including reduction in the repo rate by 1.35 per cent, failed to provide the required demand boost.

During 2020-21, both the Reserve Bank of India (RBI) and the Centre unleashed their firepower to counter the effect of the virus. While the former cut the repo rate again by 1.15 per cent and injected mammoth liquidity  close to Rs 8,00,000 crore besides granting a six-month moratorium on repayment of banks loans, the latter came up with stimulus packages announced by Sitharaman in three tranches in May, October and November. These packages inter alia targeted MSMEs (micro, small and medium enterprises), NBFCs, power distribution companies (PDCs), migrant labour, agricultural credit, the lower middle class, agriculture infrastructure and farm reforms, structural reforms in coal, minerals, civil aviation, defence, fertilisers and the Mahatma Gandhi National Rural Employment Guarantee Act (MGNREGA), health and the State Governments’ resources and public sector reforms. Together with the RBI’s support, including on-tap Targeted Long Term Repo Operations (TLTROs) of Rs 1,00,000 crore announced on October 11, these add to a grand total of nearly Rs 30 lakh crore or 15 per cent of the GDP.

This is in addition to the demand boosters announced in the Budget presented on February 1. Those included inter alia changes in personal income tax to leave more money in the hands of individual assesses, abolition of Dividend Distribution Tax (DDT), concessions for MSMEs (including innovative steps for timely payment of their dues and increase in financing especially through “invoice financing”), start-ups, exporters and the real estate sector.

Given the canvas of the reforms/measures and the “seemingly” large quantum of money promised for all affected segments, it is only natural to expect a rebound of the economy  after the impact of the pandemic is reduced and eventually dissipated. However, it is necessary to make an objective assessment of how many of the above policy announcements and measures have been operationalised on ground zero.

First, in several areas, the Government has merely camouflaged expenses on existing schemes under the stimulus package. For instance, Rs 75,000 crore under PM-KISAN, Rs 90,000 crore to PDCs to enable them to clear their pending dues to power generators, Rs 65,000 crore to clear pending subsidy dues to fertiliser manufacturers and so on. Second, of the total package of Rs 30,00,000 crore, the actual outgo by way of budgetary support is just about Rs 4,00,000 crore.  Out of this, a major slice of Rs 1,50,000 crore is for providing free food — five kg per person per month to over 80 crore people covered under the National Food Security Act (NFSA) and one kg pulse per household to 16 crore households. Being help in kind, it does not put cash in the hands of beneficiaries; hence it does not boost demand.

Third, an overwhelming share of the stimulus is in the form of loan from banks and Financial Institutions (FIs). For instance, Rs 3,00,000 crore to MSMEs or identified stressed sectors under the Emergency Credit Line Guarantee Scheme (ECLGS), loan of Rs 75,000 crore loan to NBFCs, housing finance companies (HFCs), microfinance institutions (MFIs), Rs 30,000 crore additional emergency working capital (upfront) to farmers for crop loans from the National Bank for Agriculture and Rural Development (NABARD) and so on.

The impact thereof is only to the extent these facilities are actually availed of. Here, one is reminded of the proverb “there’s many a slip between the cup and the lip.” Look at these numbers: Under the ECLGS, Rs 3,00,000 crore was intended to be loaned to eight million MSMEs. Against this, only about Rs 1,50,000 crore has been given to four million such enterprises. Fourth, the Government is betting big on investment in infrastructure. Of the Rs 100 lakh crore proposed over the next five years, 39 per cent has to come from the Centre and States each (balance 22 per cent by the private sector). This translates to Rs 8,00,000 crore annually by the Centre and State each. But there is no blueprint on how these resources will be garnered. Even so, given the current financial health of banks with ballooning non-performing assets, they don’t have the wherewithal for financing on this scale.

Put shortly, there is too much focus on packaging but too little from the Government by way of budgetary support. On the other hand, even as the RBI has pumped too much money into the loan tap, with the fundamentals of demand being weak, there are not many takers. Loan sanctions and disbursements have also been affected due to inherent weaknesses of NBFCs (they are mostly into giving loans to MSMEs and individuals). Some of the big ones such as Dewan Housing Finance Corporation Limited, Infrastructure Leasing & Financial Services Limited and so on, have gone bust.

Going forward, a big push to growth during 2021-22 could be hit by continuing vulnerabilities of banks and NBFCs, overleveraged agencies implementing projects such as the National Highway Authority of India and the inability of the Government to implement long-pending reforms. This would include failure to  implement land and farm reforms, the inability to make direct benefit transfers of fertiliser and power subsidy, enforcement of contracts, elimination of bureaucratic red tape, removing bottlenecks in transportation and clearances at the ports and so on. So, while we must be optimistic about the coming year, we have to be realistic, too.

(The writer is a New Delhi-based policy analyst. The views expressed are personal.)