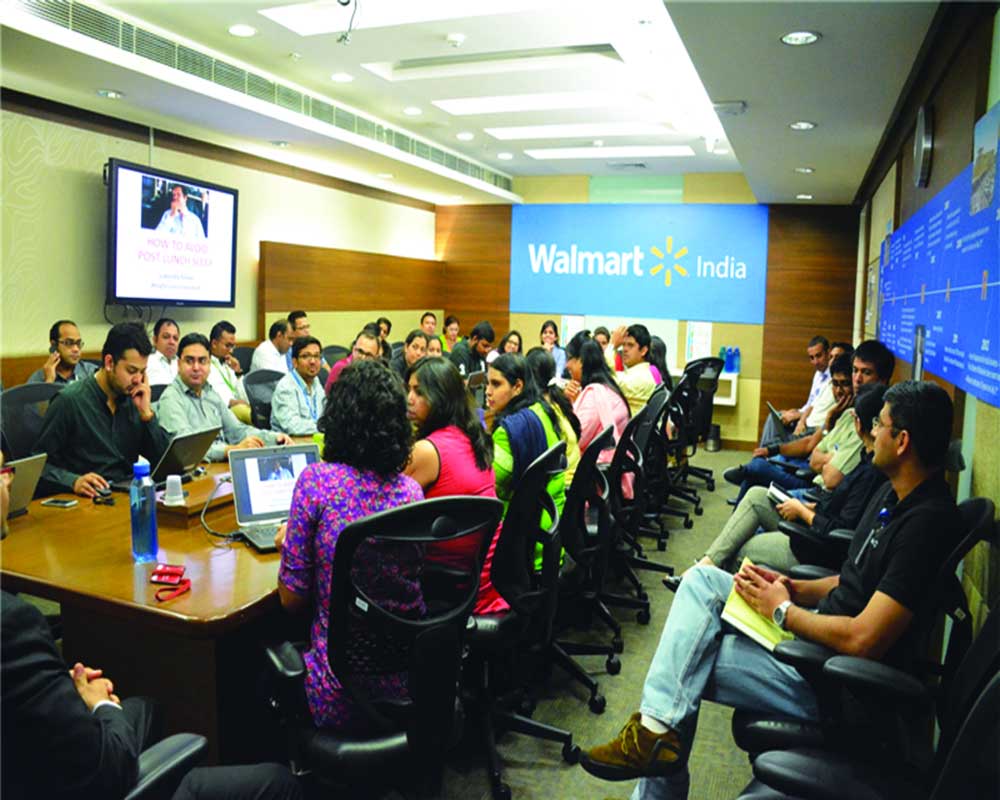 Is Walmart’s decision to lay off senior executives a symptom of economic slowdown? Or is it to do with digitisation?

The news that American retail giant Walmart has laid off 56 senior and mid-level executives from its corporate headquarters in Gurugram has sent shivers down the economy watchers. They feel this is just a further confirmation that the Indian economy is in a turbulent phase. Following  the news that British telecom giant Vodafone may quit its operations in the country, this isn’t something that would please the honchos in the Finance Ministry. But is the situation really as bad as it sounds? Walmart’s huge investment of $16 billion to capture online retailer Flipkart in 2018 proved beyond doubt that it means business. But it intends to focus on the digital side of the operations. What is hurting Walmart in India though is the brick-and-mortar sector, where a slowdown in consumer spending, coupled with the fact that it has been able to grow its wholesale business far too slowly, is hurting it. Many of those laid off are from the sourcing end.

The ruling BJP’s opposition to introducing Foreign Direct Investment (FDI) in multi-brand retail when the Congress was in power is hurting it today. However, with a large part of its core base being small and local traders, it finds itself locked into this unsustainable and undesirable position. India needs to rapidly improve its consumer retail process and catch up with the rest of the world. For better or worse, the advent of modern retail will help producers, both farmers and factories, as well as consumers. It will also give a fillip to domestic production and improve the way food reaches the plate, thus reducing wastage and improving yields. The fact that the BJP changed its tune on implementing Goods and Services Tax (GST) might have given hope to those who thought they would change their stance on FDI in multi-brand retail. However, with Prime Minister Narendra Modi’s political capital being used up in the implementation of GST after the public relations disaster of demonetisation, this was a step too far. Digital promotion aside, the neighbourhood shop is going nowhere. The Government must find a way to modernise Indian retail even though there will be a cost for the kirana store because it will improve efficiency. This should not be done to protect the interest of foreign multinationals but even Indian companies that are facing difficulties in establishing a proper network of modern stores. In fact, a unique approach can be devised by working with the local kirana stores who have assets and access in neighbourhood markets. They can be given access to sourcing back-end and better customer management at the front-end. Hopefully this is just a blip in the radar for Walmart and nothing more than a business decision.