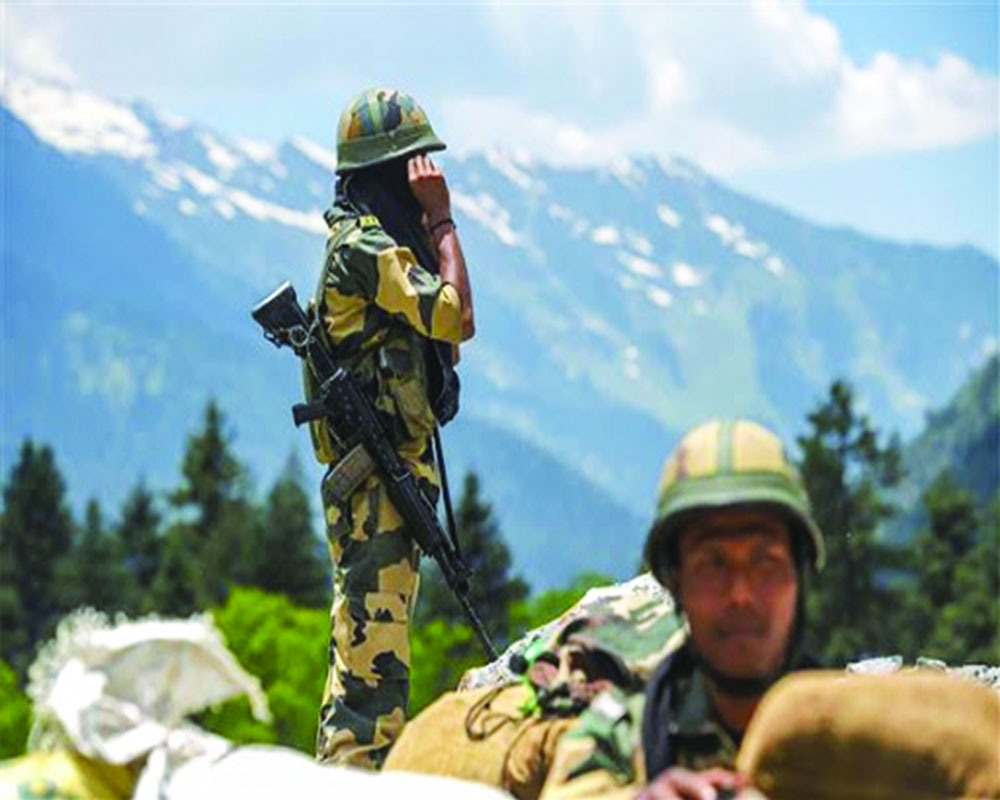 The actual situation along the LAC is by no means what is being depicted. This is where the battle of narratives is either compromised or lost when we should be calling the shots

Deciphering the statements made by India and China after the Working Mechanism for Consultation and Coordination (WMCC) meeting (July 10) is instructive. In the Indian statement, there is no reference about restoring status quo ante as on end of April/May 5. Instead, it calls for full restoration of peace and tranquility in accordance with border protocols, “urging both sides to honour and respect the Line of Actual Control (LAC).” It does not reiterate claim over the Galwan River Valley or blame China for the clash. On the other hand, the Chinese statement emphasises: “Disengagement and de-escalation” be done in a timely manner, leading to peace and tranquility (which is a historical Chinese formulation first made in the 1993 Peace and Tranquility Agreement). China has not used the word LAC but “border area.” It justified its stand during the Galwan clash by indirectly blaming India while pontificating on the rights and wrongs of the clash.

Chinese Foreign Minister Wang Yi told National Security Advisor Ajit Doval on July 5 that both India and China have strategic interests and do not pose a threat to each other (another historic formulation after India named China as the reason for its nuclear tests). Chinese Ambassador in India, Sun Weidong, posted a video saying that China is not a war-like State and that both should meet each other halfway and not fall into the conflict trap. He stressed on the risks of decoupling India-China trade from bilateral relations. Chinese statements have to be taken with a pinch of salt as they can only be judged by deeds, not their words.

On the ground, except for one categoric report of breakdown in talks between local military commanders on mutual disengagement in Galwan (PP14), Hot Springs (PP 15) and Gogra Heights (PP17 A), all other sources have called the first phase of disengagement a success and according to Foreign Minister S Jaishankar, “a work in progress.” The dissenting report confirms disengagement only from Galwan but to India’s disadvantage, where concessions have been made on the alignment of LAC. Indian troops have withdrawn from their own territory. Military commanders met this week to deal with Pangong Tso (Fingers area), where some thinning out has taken place and Depsang, where troops are confronting each other dangerously. The People’s Liberation Army (PLA)  is trying to shift the LAC westwards towards the Shyok River to provide strategic depth to the G219 Highway from Xingjiang to Tibet via the Aksai Chin.

The Government of India is not making any assertions of the actual situation along LAC but using sources to disseminate information. For example, the use of DMZ/buffer zone, suspension of patrolling and other disengagement details are coming from journalists, who are attributing the information to “sources,” who are Army officers leaking information. Independent journalists are crediting “my sources” for information. They are also presumably Army officers. Last time even Army Chief Gen Naravane got it wrong when he reported disengagement from Galwan when the PLA was waiting in ambush.

The Government is constrained because it is not sure about the PLA’s sincerity. The actual situation along the LAC is by no means what is being depicted by “sources.” This is where the battle of narratives is either compromised or lost when we should be calling the shots.

This is, therefore, neither a case of breakdown nor breakthrough but muddling through  towards some disengagement. Galwan, which was deemed to be the tough nut, appears to have been frozen. The Fingers area is very complex and has been the bone of contention for years where the PLA has made creeping territorial gains. Depsang is not a new intrusion site. Still, Government supporters are attributing the implementation of disengagement to Prime Minister Narendra Modi’s muscular message in Ladakh (“Modi calls China’s bluff”) and Doval’s conversation with his counterpart Yi.

Facts are different: The first phase of disengagement had been worked out by military commanders on June 30 and was to be completed by July 4 and verified by July 5, much before the claimed political intervention. Defence Minister Rajnath Singh already knew on the morning of July 5 that the troops had started withdrawing from Galwan, much before Doval spoke to Yi.

Lt Gen SL Narasimhan of the National Security Advisory Board (NSAB) has categorically stated in an interview to The Wire that claims of Chinese build-up, incursions and fortifications are “exaggerated and none is true.” He even said that during the clash on June 15, some Indian soldiers may have crossed over to the Chinese side and when the clash ended, no Chinese troops were on the Indian side of the LAC. This  lent weight to Modi’s statement to the all-party meeting on June 19 that Indian land was safe and not violated. Overall, he squarely blamed the journalists for inaccurate reportage due to impatience and competition to report first. By creating an illusion of strength, the Government is misleading the nation.

Assuming it is indeed the Government’s coercive diplomacy that led to the PLA starting a faithful disengagement from LAC, why did Modi blink first? Reason: He neither wants a limited conflict nor another skirmish like Galwan, given the military’s operational unpreparedness. Modi has not named China anywhere and apparently not wished the Dalai Lama on his 85th birthday this month. His thundering from Leh served another purpose: Boosting the morale of the Indian soldiers, who are periodically driven into fire brigade actions along the LAC in Ladakh and Bhutan because India has not developed a usable conventional deterrent.

As for Government failures for enabling multiple intrusions along LAC in Ladakh, 144 veterans have appealed to the President to hold the people accountable. These intrusions are happening on a regular basis where the Army and ITBP are being caught off guard. Let us not forget the lessons from the 73-day stand off at Doklam. After disengagement (India was made to pull back first) from Doklam, the PLA returned after three months in this area, where they had built enormous military fortifications and continued building the road to Jampheri Ridge through a circuitous route but across territory disputed by India and Bhutan. India did not invoke Article 2 of the India-Bhutan Treaty of 2007 to intervene as it had done earlier and let China have its way. Unfortunately, we are repeating the mistake of Sumdorong chu, too. In 1995, when our posts overwhelmingly dominated the PLA intrusion at Wangdung along Sumdorong Chu, they were ordered to pull back. Question was then asked: Why are we quitting our own territory? We are doing the same now when the intruder should be pulling back.