Murder in the skies

Murder in the skies 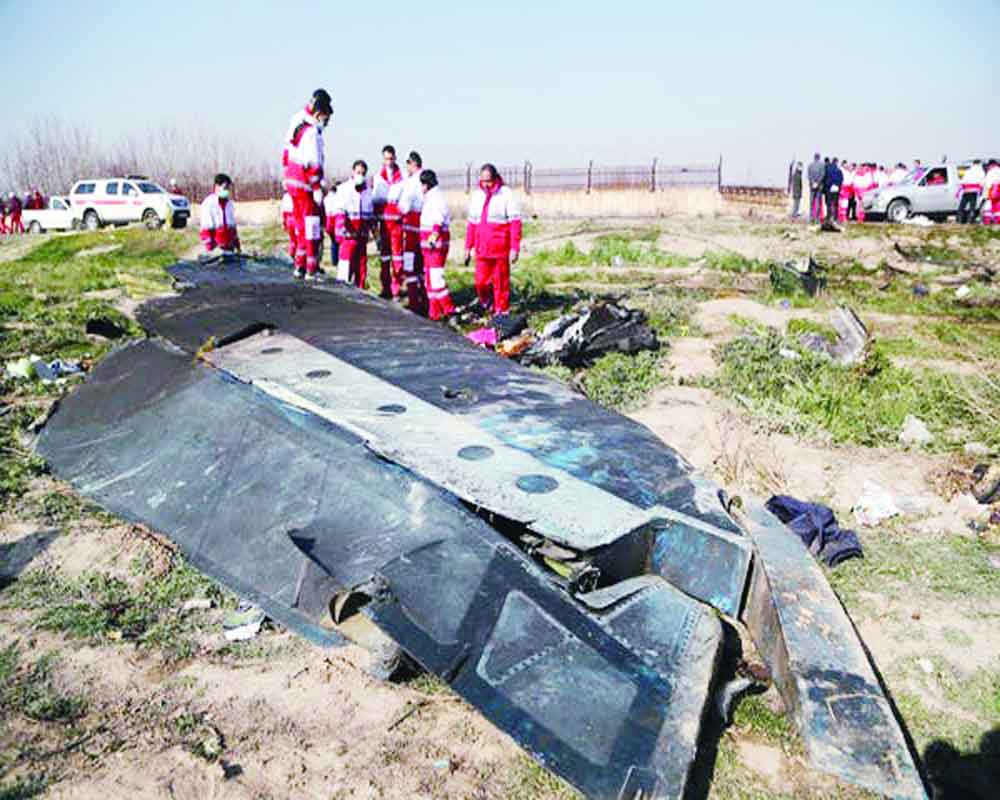 The irony of Iran shooting down a civilian airliner is not lost on anyone with a sense of history. Iran’s admission that it shot down an Ukrainian Boeing 737 in the middle of an escalating conflict with the US after the targetted assassination of Iranian Major General Qasem Soleimani was foretold, thanks to the proliferation of footage and pictures on social media. Iran Air flight 655 was shot down mistakenly by the US missile cruiser USS Vincennes back in July 3, 1988, a time when US-Iranian tensions were escalating. While Iran seems to be more contrite than the US was when it shot down the aircraft, it seems almost impossible that after the Iran Air incident and the accidental downing of Malaysia Airlines flight 17 by Russian separatists in eastern Ukraine on July 17, 2014, precautions were not taken. Iran had already started its ballistic missile attack on US bases in Iraq, a few days after Soleimani’s death. Logically, if indeed it was expecting a retaliation from America, it should have shut down its airspace while the attack was going on. It is very easy in the “fog of war” for mistakes to happen and situational awareness to get lost, particularly by aggressive trigger-happy commanders or highly nervous operators of advanced air defence systems. The former clearly happened with the Iran Air and Malaysia Airlines flights, whereas the latter may have been the cause of the Indian Air Force shooting down its own helicopter in the aftermath of the Balakot strikes in February 2019. A mistake should not have happened. This was a regularly scheduled civilian flight and technology available today allows for easy tracking of such flights. Possibly the pilots were nervous and made a turn a few seconds too soon that triggered the shootdown. But that’s no excuse for the Iranians.

Iran must undertake a thorough investigation as to why this incident happened. At the same time, with rising conflicts across the world, the International Civil Aviation Organisation (ICAO) needs to come up with clear rules with regard to airspace closure if there is even a slight possibility of conflict. Civilian aircraft should not be operating in conflict zones. The Ukrainian plane should never have been given permission to take off but Iran never closed its airspace as the country makes cold, hard cash from flying rights. However, for better or worse, this tragic incident has forced both Iran and the US to de-escalate the situation.  But 176 innocent lives were too high a price to pay to prevent a conflict.