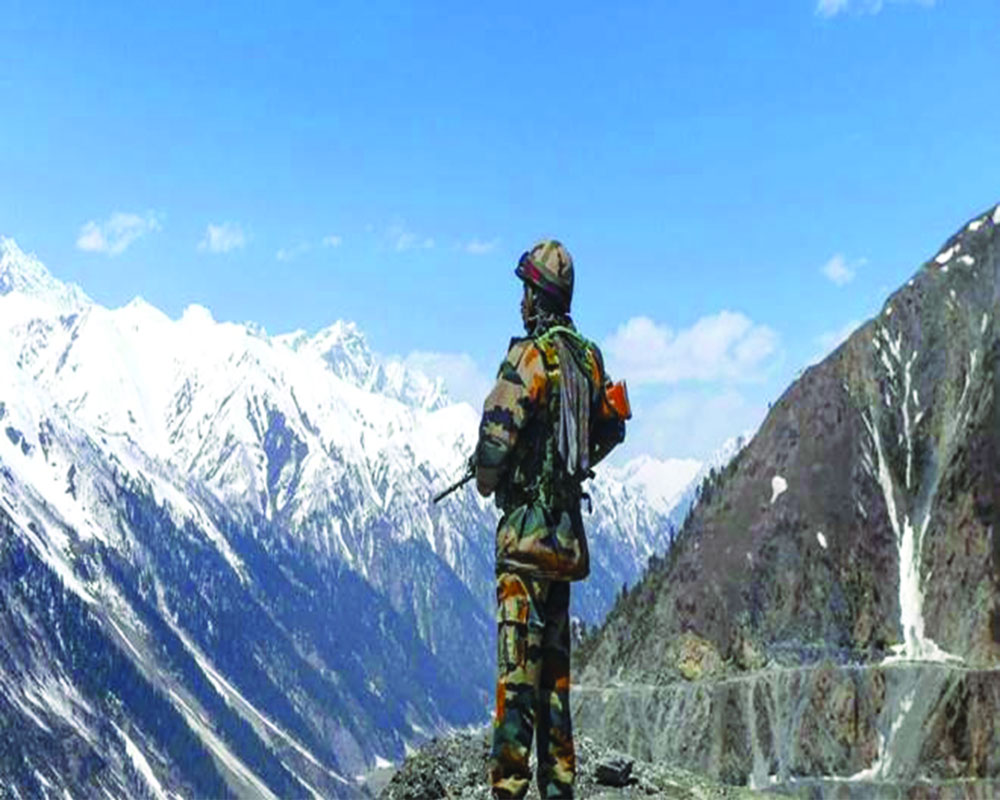 In the preface to his insightful work, Generalship: Its Disease and Cure, British military tactician Major-General JFC Fuller quotes an apocryphal tale told to him by a member of the French General Staff. “At the battle of Waterloo, Colonel Clement, an infantry commander, fought with bravery; but unfortunately, was shot through the head. Napoleon, hearing of his gallantry and misfortune, gave instructions for him to be carried into a farm where Larrey, the Surgeon-General, was operating. One glance convinced Larrey that his case was desperate, so taking up a saw he removed the top of Clement’s skull and placed his brains on the table. Just as he had finished, in rushed an Aide-de-Camp, shouting: ‘Is General Clement here?’ Clement, hearing him, sat up and exclaimed: ‘No! but Colonel Clement is. ‘Oh, General’, cried the Aide-de-Camp, ‘the Emperor was overwhelmed when he heard of your gallantry, and has promoted you on the field of battle to the rank of General.’ Clement rubbed his eyes, got off the table, clapped the top of his skull on his head and was about to leave the farm when Larrey shouted after him: ‘General. Your brains!’ To which the gallant Frenchman shouted back: Now that I am a General, I shall no longer require them!” Fuller went on to add that, “In this modest study, my object is to prove that though Clement was wrong about brains, without his courage there can be no true Generalship.”

One can go even further and suggest that the central premise of his argument is not just applicable to Generals, but just as much, if not more so, to politicians in power. While intellectual ability and competence are indeed vital, they amount to very little without courage. Of course, what is required of them is more in the realm of the mind than of the physical variety. Most crucially, however, we must not mistake a display of bravado for the genuine spirit. As the Cambridge Dictionary makes clear, bravado is only “a show of courage, especially when unnecessary and dangerous, to make people admire you.”

We recently witnessed an awesome display of sheer bravery and exemplary courage on the part of Colonel Babu and his gallant band during the Galwan confrontation. It was indeed no mean achievement at that altitude to not just counter the perfidious ambush that the People’s Liberation Army (PLA) had sprung on his unsuspecting team but to give back more than they got. That is self-evident from the lack of any formal acknowledgement of casualties by the PLA. One can be quite certain that if that had not been the case, the Chinese Communist mouthpiece, The Global Times, would have gone to town proclaiming victory.

However, this makes it essential for us to squarely confront the fact that while courage may win battles, the latter remain just small tactical victories. To emerge victorious in war requires not just enormous sacrifice, determination and decisiveness but also courage on our part and more importantly on the part of those occupying the highest levels of our military and political establishment. Sadly, all we have been witness to in all these days since the confrontation began has been a display of much bravado and bluster, especially on the part of our political leadership.

The problem of our inadequate quality of strategic communication is predicated by the fact that despite all its protestations, the Modi Government seems incapable of shedding its feudal mindset. Transparency would require it to admit that there has been gross negligence on its part in the manner that it has approached the issue of national security, which in turn, has resulted in the ongoing fiasco. Its shambolic attempts to gloss over the issue and change the narrative to avoid accountability have only added to its woes, as China was able to take advantage of its prevarications and embarrass it diplomatically.

While prudence dictates that much of what is happening on the ground, especially the actions initiated to resolve the issue to our advantage, need not be made public in the interest of security, it cannot be used as a licence to deny basic information that the citizens are entitled to. For that matter, it also needs to desist from its attempts to turn the spotlight away from the matter by resorting to creating turbulence within the Rajasthan Congress or by announcing a grand ceremony in Ayodhya on August 5.

Despite the Government’s best attempt to dissemble, it is now clear that the PLA is in possession of a fair amount of territory that we claim as our own though its actual or relative importance, either tactically or strategically, may be contested. For example, while its occupation of areas till Finger 4 in the Pangong Tso sector provides clear visual evidence of its aggressive intent, other than causing bruised egos and embarrassment, it is of little tactical or strategic value when compared to the ingress that has been effected in both the Depsang Plains and Hot Springs sectors.

Thus, while regaining every inch of territory that has been occupied may be tactically or strategically unwarranted or even unnecessary, how we handle the overall issue of Chinese aggression will be perceived to either signify appeasement and capitulation on our part or signal a firm determination and resolve that unprovoked aggression will be contested and will result in adverse consequences for the PLA. Clearly, we have seen that appeasement only results in further problems down the road, so that has to stop.

As is often the case in such circumstances, we are still neither very clear as to what led China to undertake such unprovoked aggressive action, nor what it hopes to accomplish. There have been suggestions that the Home Minister’s public call for liberating Aksai Chin and the construction of the road to Daulat Beg Oldi may have been the casus belli, as it may have felt we were keen to change the status quo or threaten the Tibet-Xinjiang Highway. Others have suggested that this action in Eastern Ladakh is just a feint to test our resolve and that the main offensive is likely to be directed towards seizing areas that it claims in Arunachal Pradesh.

While none of these possibilities can be ruled out, the existing force levels that China has committed within the Tibetan Autonomous Region do not suggest that a major offensive is on the cards. It is possible that the actions against India were just a diversionary tactic to keep us occupied, while Beijing’s true intention was to capture Taiwan before the Chinese Communist Party kicks of its centenary celebrations next year. This would, in fact, explain the move of two Pakistani divisions into the Gilgit-Baltistan Region, which could then operate in collusion with the PLA in the event of any escalation.

The recent deployment by the US Navy of two Carrier Strike Groups into the South China Sea (SCS) for “exercises”, with a third backing up, suggests that this speculation may well not have been too far off the mark. Not surprisingly the deployment of these Carrier Groups has forced the Chinese to reverse course, as can be deduced from the public statements calling for a reduction of tension in that region, despite increasing US belligerence. In the normal course then, they would look to cool tension along our borders as well.

However, that may not happen as President Xi Jinping needs some substantial success to save face domestically, which he can only achieve against us in these circumstances. It will not be easy for the PLA to shift the requisite force levels required for conducting a major offensive against us. Moreover, even if Xi can induct these forces speedily, he will continue to remain at a distinct disadvantage given his long lines of communication and terrain configuration.

In addition, China also faces a disadvantageous force ratio vis-à-vis the air forces and navy in this region. Xi would have by now got fresh insight into the fighting capabilities of our Army, which is experienced in high-altitude warfare.

Clearly all of this implies that even with the rather neglected state of our military, given the situation on the ground, we do have the option of responding with force. Such an option would have a reasonable chance of success and would indeed bluntly convey to the Chinese and the international community that such unprovoked aggressive actions have consequences. Obviously, such a response on our part would be the correct one, though we would have to factor in the possibility of conflict escalation, maybe even a two-front war. The question really is, do Modi and his top military leadership either have the appetite or the courage to embark on such a course?

(The writer, a military veteran, is a Consultant with the Observer Research Foundation)