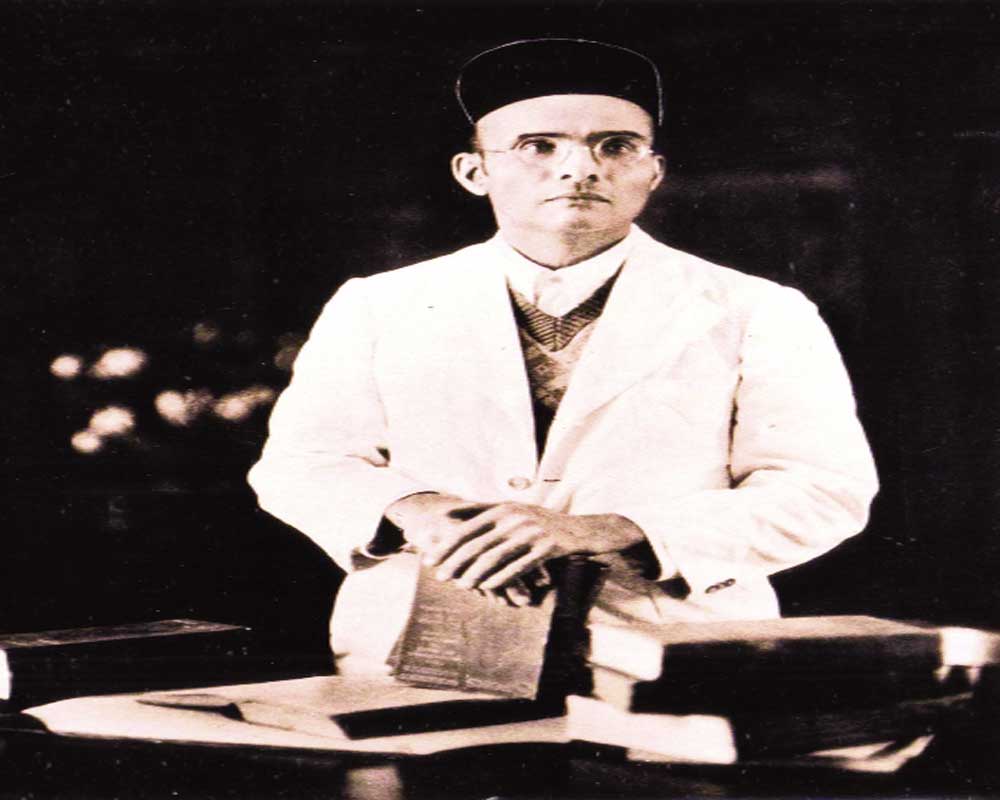 As India charters its course through the 21st century, the liberation we all need is not from the glories of the past but from its burdens — communal, economic and psychological

Why, when the nation should be focussing all its resources on remedying its economic slowdown in a fascinating but disruptive world driven by automation and Artificial intelligence (AI), should we continue to be obsessed with the past? Well, because history is no longer the sole purview for reclusive academics tucked away amid lengths of dust-laden bookshelves. It’s being revisited and morphed, bandied about by politicians and re-branded in the media everyday. It’s used as a veritable psychological battleground and there’s a war, for our allegiance. It’s a campaign characterised by selective erasure, of highlighting specific events, the systematic reduction of historical figures to mere unidimensional labels and retro-fitting them into contemporary political positions.

Take the case of Dara Shukoh, the would-be emperor of Hindustan, haloed in his timeless promise of ideal kingship. The traditional tack of pitting him against his nemesis, Aurangzeb, has imploded in recent times. So much so that even the debate of “good Muslim versus bad Muslim, good Mughal versus bad Mughal” has faded away. Dara Shukoh, rescued from centuries of indifference, has re-emerged in his new avatar as “the emblem of Indianness”, confident and consummate. Dara the eternal victim is a notion of the past and we can all pretend that his belligerent brother never existed. Ample reasons are being furnished for this new, posthumous khitab. The Mughal prince was a deeply syncretic thinker, accomplished scholar, poet and a theologian of unusual merit; a calligraphist and connoisseur of the fine arts as well as a dutiful son and warm-hearted family man.

The first stumbling block comes in the nature of an anachronistic fallacy: The idea of retrospectively imposing the concept of “Indianness” — and by corollary, nationhood and nation-state and more specifically, the personification thereof in the form of a deified “Bharat Mata” — onto the Mughal empire of the 17th century. The fact is that in our land, the consciousness of nationhood has evolved as the end-result of a much later historical process: The idealistic, patriotic reaction to the brutal British colonial experience and rather more tenuous associations with 19th century European history such as the Germanic Freiheitzkampf (freedom struggle) during the Napoleonic regime. This is brought out very clearly in Sugata Bose’s book, The Nation as Mother and Other Visions of Nationhood.

There is, however, another challenge. The cherry-picking of only the syncretic attributes of Dara completely leaves out other aspects of his personality. He was habitually cold and arrogant towards the mass of courtiers and commanders, who he felt, were intellectually inferior to him. He was highly superstitious by nature, easily swayed by mystery, magic and all manner of self-styled godmen, a conspicuously uninspiring military commander and an alarmingly poor judge of human character. One can well wonder whether,  even assuming he had managed to ascend the throne, his eclectic nature but indifference towards administrative and military matters would have enabled him to hold the empire together. In the years between 1654 and September 1657, when Shah Jahan fell grievously ill — the War of Succession broke out soon thereafter — Dara was the de facto ruler of the empire. This period was characterised by moves to thwart campaigns of territorial expansion in the Deccan and Kashmir, coupled with a reclusive temperament and highly creative outpouring of a philosophical nature.  In terms of court politics, Dara displayed a steady, cold hostility towards the senior imperial advisors and commanders and his mutually acrimonious exchanges with the seasoned wazir, Saadullah Khan, almost mirrors the rivalry between the crown prince Salim (later, the emperor Jahangir) and Abul Fazl. But the moot question is: Would the current unidimensional narrative about Dara have even brought up these other facets of his personality and objectively looked at the man in the context of his times?

Separated from Dara Shukoh by almost two-and-a-half centuries but basking in this same Lazarus light is Vinayak Damodar Savarkar. Stymied through the prime of his life by the draconian prisons of the British Raj and then after Independence, even posthumously, by a succession of Congress-led Governments, only in recent years has his release from oblivion taken place. The image of the controversial political leader has been resurrected by the present administration to larger-than-life proportions and with it, his ethos of Hindutva.

This very term has come to denote a number of aspects in our common perception, the re-establishment of rituals and religious practices (including the cult of cow worship) in the heart of societal life, the retention — and at times, deepening — of the fault-lines of caste and a steadfast advocacy of vegetarianism, among other things. Consequently, the image of Savarkar looms before us as an austere, conservative traditionalist, steeped in the rituals of his faith, a sort of archetypal Hindu counterpoint to the ulema. And politically, a Hindu Jinnah.

But is that who he was, in reality? A recent biography, sourcing the treatises, letters and speeches of this polemic leader in the original Marathi, reveals a very different picture. Savarkar’s conception of Hindutva, the book informs us, was essentially political, a move to galvanise the eternally splintered Hindu communities into a homogenous whole — and not an ultra-religious manifesto. In Savarkar’s credo, the key to achieving this was the uniting and unionising of the Hindu polity, across caste lines. Far from being a traditionalist, this high-caste Chitpavan Brahmin established a Patit Pavan temple open to all castes, organised inter-caste dinners and marriages and did not personally care for rituals, including that of cow worship. In this more objective narrative, Savarkar emerges not as a fanatic but an astute rationalist, who rejected the Gandhian project, and wholeheartedly espoused industrialisation as the vehicle of progress in the future.

A significant aspect of Savarkar’s life, unravelled in the biography, further belies the unidimensional label adduced to him. In The Indian War of Independence, his first major literary work that catapulted him to fame — and in the eyes of the colonial rulers, notoriety — he presented his narrative as a unified uprising against the British oppressors, stemming from a strong sense of nationhood. Savarkar’s position in this book is unambiguously secular — Hindu satraps and commanders had rallied in unison against the British under the flag of the Muslim Mughal titular monarch, Bahadur Shah Zafar. There’s no hint of any deep-seated hatred of the Muslims, which henceforth became the quintessential trait associated with him. In fact, it was only later, triggered by particular experiences and tribulations during his long incarceration in the Cellular Jail of the Andamans, that Savarkar developed his animosity towards the Muslims.

We’re now faced with a lingering, larger question, which is central to this whole issue. Is there still a purpose to all this indulging in history in today’s world? The Churchillian, though unoriginal, viewpoint purported to answer this question: “Those who fail to learn from history are condemned to repeat it.” But such aphorisms have long since dissolved into clichés.

Contemporary thinkers such as Yuval Noah Harari are not only more ambitious, they’re also more persistent when demanding our participation: “Though historians occasionally try their hand at prophecy (without notable success), the study of history aims above all to make us aware of possibilities we don’t normally consider. Historians study the past not in order to avoid repeating it — or perpetuate it — but in order to be liberated from it.”

As India charters its course through the 21st century, the liberation we all need is not from the glories of the past but from its burdens — communal, economic and psychological.

(The writer is a columnist, business advisor and entrepreneur. He is the author of Dara Shukoh: The Man Who Would Be King)