No point in this war

No point in this war 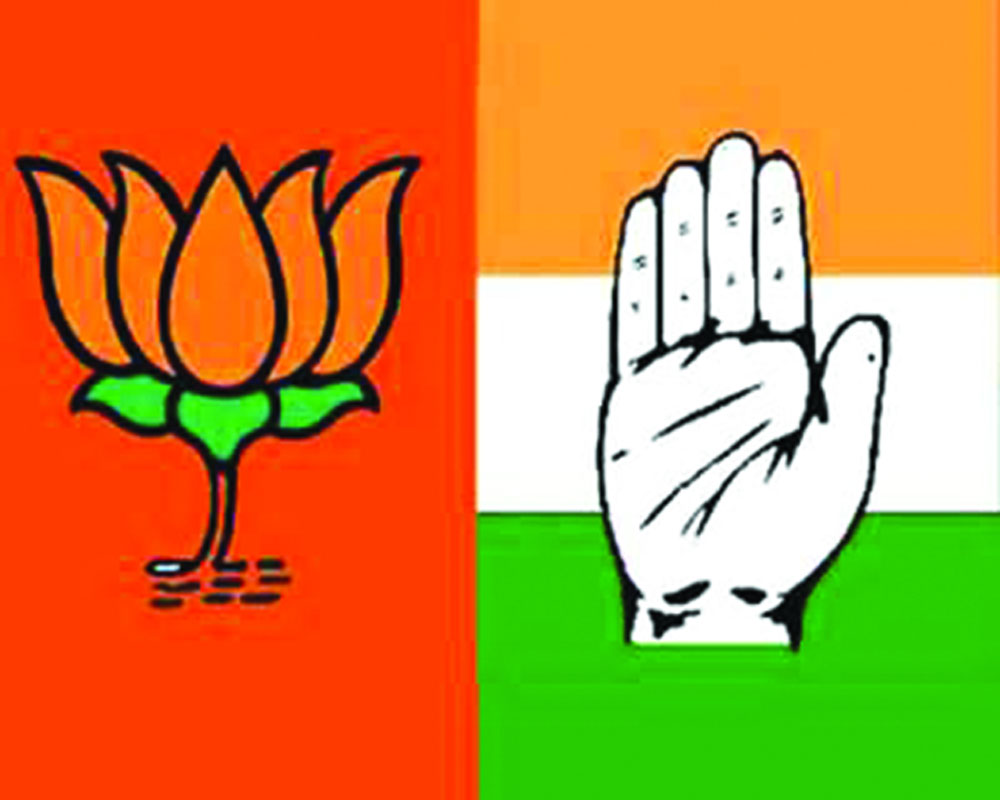 Is it really important to wrestle over the politically-motivated Chinese munificence at a time when our eastern neighbour might be having the last laugh? For competitive and comparative slogan-shouting on which party benefitted more from China doesn’t matter when that nation has sized up its priorities well, pandered to every ruling regime in India, made sure that our markets are ever hungry for its products and bargained hard to extract what it wanted. So one would tend to agree with Nationalist Congress Party (NCP) supremo and seasoned politician Sharad Pawar that Chinese territorial ambitions and wanton moves are matters of great national security than bickering over how much territory was lost under whose government or if the aggression of 1962 should be easily forgotten because that was in the past and Ladakh is more immediate. The fact of the matter is that China has worked around every regime change and if its continued reinforcements near the Galwan river bend are any indication, then it would not let India’s focussed attention on Ladakh, by way of development and infrastructure, get in the way of its strategic edge in Aksai Chin. It won’t allow any development that would attract external interference in its troubled provinces of Xinjiang and Tibet and keep on slicing land to bring us to the negotiating table on its terms. So far, that has worked for China regardless of whether it was the Congress or the BJP leading the Government. A skirmish has inevitably been followed by de-escalation talks which China has consistently used to extract land concessions, political tradeoffs and deepen market access. So an all-party agreement or debate on developing a new paradigm to deal with China would have been more fruitful in tackling the biggest threat in our neighbourhood. Frankly, who did what and who failed whom doesn’t matter in the great game where China seeks to dominate the Asian century. Nor will voters of both parties wonder about failures when all they would be more interested in is who decided to do something about the body bags that keep coming from the front. So the BJP may launch an all-out attack on the Congress, claiming the Rajiv Gandhi Foundation received funds from the Chinese embassy in New Delhi for pushing a free trade agreement (FTA) between India and China but can it deny its inability to arrest the trade deficit with our neighbour? Can it answer why despite the optics of summits and all talk of civilisational contiguity, the pace of Chinese incursions has picked up or that Modi was as unprepared as Nehru and misread President Xi Jinping’s imperial plans? Of course, the Congress has alleged Huawei has donated Rs 7 crore, TikTok Rs 30 crore, Paytm Rs 100 crore, Xiaomi Rs 15 crore and Oppo Rs 1 crore to the PM CARES fund, highlighting how Chinese industry is aligned to political imperatives. But can it answer why it, too, couldn’t share the same alarmist concern about incursions during the UPA years as it is now? While it is going after the Government over flip flops and uncoordinated briefings on Galwan, would it be able to explain its past secrecy?

The most important realisation that all our political parties need to have now is that the country cannot afford to be speaking in a forked tongue, which works to serve China’s interest. A unified response is needed as China has already pushed its proxies in the region, Pakistan and Nepal. Besides, its imperialism was always present, only now the gloves are off. So India would do well to study all border disputes and expansionism that China has been involved in with its neighbours. In Central Asian republics, it showered them with incentives and took the land. In return for economic investment and local level inducements, Russia lost some land in its Far East as locals leased them out to Chinese farmers. We must accept that China will be intransigent and all parties should put their heads together to formulate a new policy. In the short-term, that will have to be diplomatic as we build our economic self-sufficiencies in the long-term. So long as we continue to depend on intermediates and its global supply chains, an economic boycott would be foolhardy. We could decide against its inclusion in 5G trials though. We should take a more decisive role in the Quad initiative with the US and Japan. And while Beijing feels we aren’t as invested in Tibet, particularly in a post-Dalai Lama scenario, we must not give up our stakes, supporting any international initiative on this subject, like a certain lobby in the US is pushing for. Finally, under no circumstance should we give up our positions in the Galwan Valley, which anyway the Chinese had not raised till 1962, till India ramped up infrastructure. We cannot let the persistence of our Army to hold our own go waste and continue road-building and supply lines as planned. Besides, India can play up its advantage in the Indian Ocean, strengthen its Southeast Asian alliances, encash the offer of its inclusion into an expanded G7 as G10 and use its forthcoming presidentship of G20, its chairmanship of the WHO and its place in the Global AI Alliance to argue for larger geo-political threats from China that would impact other nations, too. If all parties work on these strategies instead of living in the past, we could stall China.