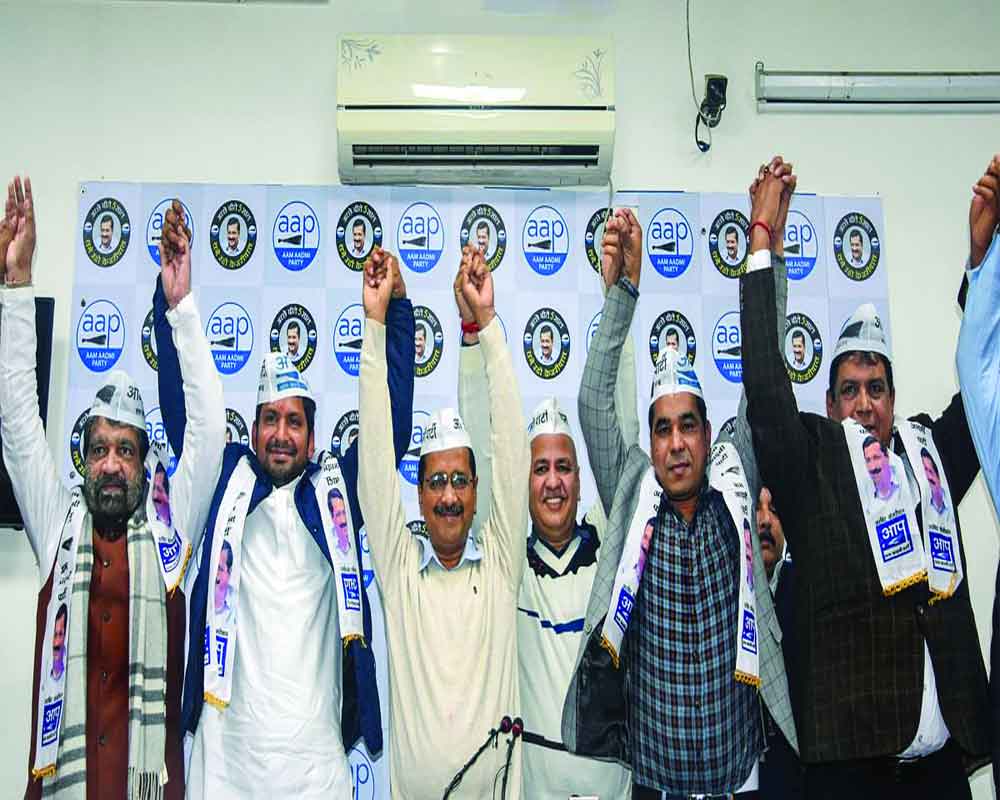 With the gong being struck for a three-cornered electoral contest in Delhi, the two top contenders — the Aam Aadmi Party (AAP) and the Bharatiya Janata Party (BJP) — have had a tough task drawing up candidate lists as local polls mean that each face has to be popular and an effective vote-gatherer for each seat no matter what the party ideology or politics is. And the Delhi voter is known to be demanding when it comes to choosing representatives who serve his/her interests. Neither can AAP, which has the advantage built on its performance and delivery of promises, sit easy, nor can the BJP use the tried and tested formula of banking on the nationalist persona of Narendra Modi or identity politics to make up for warring State unit leaders. If we consider the winnability factor, then the BJP’s list looks lacklustre as it has sought to repeat most of its candidates, certainly not a determined push for wresting the Delhi durbar. For none of these faces have delivered in the 20 years that the party has been out of power in the State. Either the BJP has not learnt a lesson from its defeat in five States in the past 12 months because of its over-dependence on the Modi brand or it is giving up without a fight and a chief ministerial face. Maybe it feels its improved Lok Sabha vote share last year could be a jetpack for the State polls. At least it should have conveyed the optics for attempting a “generational change.” But it has sought to rely on old-timers, particularly those who had helped it sweep the 2017 civic polls. In about 57 of the 70 seats, candidates who have previously fought the Lok Sabha or the municipal polls, have been given tickets. Perhaps, the BJP in Delhi is hemmed in by the localised hold of these leaders and doesn’t want to risk dissent and sabotage. At the same time, it has rewarded AAP turncoat Kapil Mishra, going by its past practice of rehabilitating inductees of rivals. This transactional politics benefits nobody much and parties looking to make a difference should, therefore, not go by cliches.

AAP, too, has sought to retain 46 sitting members even though a few incumbent MLAs — including former Prime Minister Lal Bahadur Shastri’s grandson Adarsh Shastri — have been dropped. AAP has injected a dose of seriousness by bringing in Lok Sabha faces Atishi Marlena and Raghav Chandra. Marlena is known for her work in education reforms, having stridently worked for it while Chandra, one of the youngest to take the political plunge, is perceived as a sincere worker. Simultaneously, a few incumbents have been replaced with newcomers. It has fielded 23 new faces, counting on their freshness of appeal and sincerity of purpose. This could work for a party which has demonstrated change and needs to take forward a new message and image. Yet, AAP has not been immune to turncoats either, fielding Congress’ Ram Singh Netaji and Vinay Mishra. What is common to both the AAP and the BJP is the lack of gender diversity. While the former has named eight women candidates, the latter has nominated just five. In the end, the hard-earned trust of Delhiites will be the only decider.