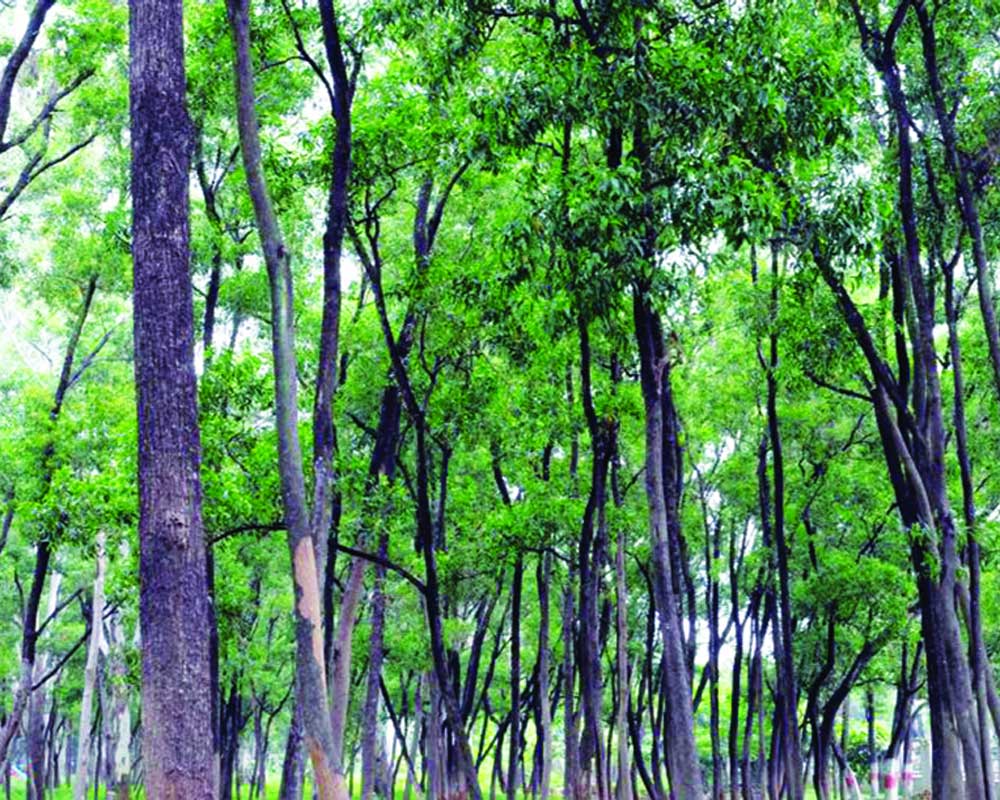 The Finance Commission must be lauded for including forest cover in the mix for allocation of tax resources. States must respect this and do their bit in conserving it

One of the keys to improving Centre-State relations and ensuring development is even-handed and judicious distribution of tax revenue and other forms of earning between the federal and State Governments. The Finance Commission of India is a unique constitutional body that is periodically set up under Article 280 of the Constitution to define financial relations between the Central and State Governments. It lays down a set of principles that determines the method and formula for the distribution of tax proceeds between both Governments.

A majority of the taxes such as Customs duty, income tax, service tax and Central excise are collected by the Centre. States were given the mandate to provide economic and social services to the people. They are empowered to levy income tax on agricultural earnings, professional tax, value added tax (VAT), State excise duty, land revenue and stamp duty. Hence, the Finance Commission was created to address issues of vertical and horizontal imbalances of federal finances in India.

The 15th Finance Commission, which was established to decide on the devolution of taxes and other receipts to the Centre and States for the next five years beginning April 2020, submitted its recommendations before the Central Government last December. The Commission used the population data of 2011 while making its recommendations and for the first time, in addition to income distance, population and area and forest cover, it used two additional factors — demographic performance and tax effort — to determine the tax pool of States.

Most States in southern India, except Tamil Nadu, feel that they are suffering because of their policy of population control. They believe they will get a smaller share of the pie if the population dispensation is applied. However, according to the Economic Survey, 2016, inter-State labour mobility averaged 5-6.5 million people between 2001 and 2011, yielding an inter-State migrant population of about 60 million and an inter-district migration as high as 80 million. Apart from the southern States, Assam, Goa, Himachal Pradesh, Odisha, Punjab and West Bengal, too, saw a dip in population compared to the 1971 census. The 15th Finance Commission was critical of the Union and State Governments’ tendency to finance spending through off-budget borrowings, too. On this front, it called upon both to phase out off-budget liabilities.

Irrespective of the surrounding controversies, the Commission made it clear that it wants to play a key role in fostering sustainable development. It must be noted that the 14th Commission had accepted it as a criterion to determine the share of taxes to various States. This is why “forest cover” was assigned 7.5 per cent weightage. The 15th Finance Commission sought to raise the area cover to 10 per cent in order to reward States that have “provided ecological services” to the country.

However, it is distressing that none of the States has been liberal in granting funds to the forest department commensurate to the contribution the forests have made in getting  funds. The enhancement of funds to States — from 7.5 per cent to 10 per cent — if implemented, can go a long way in protecting the country’s ecological frontiers. This can also lead to the economic well-being of the people and the country and help consolidate forest resources as well.

The importance of the maintenance of forest-like buildings and roads was first recognised by the 13th Finance Commission, which earmarked Rs 1,000 crore and called upon the States to manage ecology, environment and climate change, consistent with sustainable development. This fund was kept at the disposal of the Government of India and was released to States on a project basis. This helped a great deal in maintaining forests across the country.

However, the actual spending on forests by States, after the 14th Finance Commission grants, has not been very encouraging when compared to the intention of the criterion to strengthen forest cover base. The State of Forest Report 2019 released by the Forest Survey of India recorded a marginal increase of 5,188 sq km in total forest and tree cover in the country. However, it gave a dismal picture in tribal areas (where the forest cover has gone down by 741 sq km). With regard to the disappearance of higher girth class trees in forests due to poor regeneration and protection, the report, if examined critically, indicates the urgent need to spend money on natural forests. Yet another important issue that needs to be dealt with is to address the concern of States, which have less forest cover. We need to step up efforts to cover more areas through agroforestry, farm forestry, block plantations, urban and peri-urban forestry among other efforts.

Efficient fiscal management goals of the Commission cannot be achieved unless we have an effective monitoring system in place. The 15th Finance Commission should follow the pattern of the 13th Finance Commission, which recommend inter alia that a portion of the divisible pool of tax within the forest criterion should be retained with the Government of India to be sanctioned by the Ministry of Finance and Environment, Forest and Climate Change, for the maintenance of forests.

It would be appropriate to ensure third-party monitoring of the use of the grant to States so that misuse or arbitrary or unauthorised use of the funds can be checked. Further, for monitoring and evaluation of the works undertaken through the Finance Commission Awards, States should opt for certification of forests. This can help promote sustainable forest management and at the same time provide space for international markets for procurement of forest products.

Further, the Commission should put a complete ban on the freebie culture of politicians, who are more interested in votebank politics. If need be, it must ask the Government to amend the Constitution. The Prime Minister must think about curbing the freebie culture sooner than later. At the same time, the Election Commission must ensure political consensus on this. A group of retired forest officers had sought time from the Chairman of the Finance Commission to submit a memorandum on these issues so that the Commission’s own recommendations lead to desired effects on the country’s economy and on conservation of forests, water and bio-diversity. A forest governance policy must pay attention to the multiple ways in which our green cover is valuable.