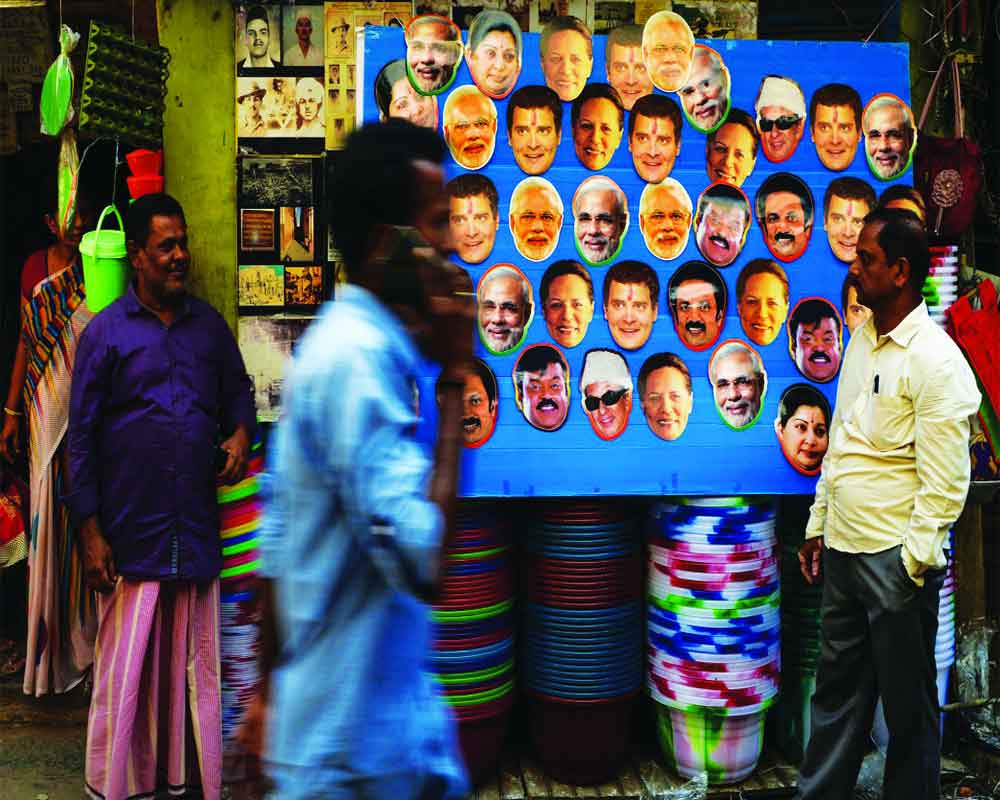 The electronic media is a major influencing factor in any election campaign. But it appears to function beyond MCC. Rules need to be strengthened

As the din and dust of the bitterly fought elections in Delhi settle down, it is time to take a closer look at one of the vitals of the campaign. Conduct of free and fair elections with “transparency” and a “level-playing” field for all are integral to any democracy. This has also been highlighted in our Constitution and has been recognised as a part of its basic structure. In any election campaign, the media plays an important role in dissemination of information and, thus, enables the people to make a well-informed choice. In this context, at present, the electronic media, both television and social, on account of its phenomenal reach has virtually occupied the centre-stage and has become a major influencing factor in any election campaign.

At present, in addition to the Representation of the People Act, 1951, there are certain provisions in the Conduct of Elections Rules, 1961, and the Indian Penal Code that lay down the general parameters within which the system must operate. Besides these, the Election Commission of India (ECI) prescribes a Model Code of Conduct (MCC), which is applicable to all stakeholders, political parties, candidates as well as officials and the Government machinery on their role in the conduct of elections. MCC is the essential rulebook that has to be adhered to in letter and spirit. Any violation can draw the ire of not only the ECI but also invite judicial intervention. While MCC had evolved over the years, its real impact was felt for the first time during the tenure of former Chief Election Commissioner TN Seshan. But it appears that the electronic media, in general terms, still remains beyond the MCC.

When the concept of MCC was evolving in the 1960s, it was only the print media and the radio that dominated the scene. As such, reportage was left to the Press Council of India (PCI), which issued detailed guidelines in 1996 on election-related reporting. During the last few decades, advancements in information technology have virtually revolutionised the channels for dissemination of information and the way they reach out to the people. In this context, apart from the television channels, guidelines with respect to the use of social media during election campaigns are also issued by the ECI. Separately, on the lines of the PCI, the National Association of Broadcasters, which is a voluntary organisation, too, issued guidelines for private television channels in 2011 for election-related broadcasts. During a campaign, monitoring is expected to be undertaken by the News Broadcasting Standards Authority (NBSA).

Some of the important guidelines are  as follows: (i) News broadcasters must not broadcast any form of “hate speech” or other obnoxious content that may lead to incitement of violence or promote public unrest or disorder as election campaigning based on communal or caste factors is prohibited under election rules. (ii) News broadcasters should strictly avoid reports that tend to promote feelings of enmity or hatred among the people on grounds of religion, race, caste, community, region or language.” (iii) The ECI is required to monitor the broadcasts from the time elections are announced until the conclusion. Violations are to be reported to the NBSA for action under their regulations. Thus, the NBSA does not take cognisance of the violation, if any, unless reported by the ECI.

In the recently-concluded election campaign in Delhi, two cases pertaining to the Members of Parliament (MPs) stand out. In both cases, the ECI proceeded to act under the MCC, though in a limited manner. While no FIR was registered (not even by the police), it deprived the MPs of their status as star campaigners.  At the same time, they were also debarred from campaigning for varying durations.

It may appear to be a case of shooting the messenger but in this case, the messenger did not happen to be an innocent carrier. Offensive words were spoken at a gathering but competition-driven channels ensured that the content reached not only every nook and corner of the country but also became subject of comment internationally. Almost all television channels continued to saturate the audience with the offensive part of the content for more than 24 hours but neither the ECI nor the NBSA reacted to the violation.

An equally serious problem that remains unresolved so far exists during multi-phase polling. In such cases, it often happens that the 48-hour embargo may have commenced in one constituency while full-scale campaign continues in other areas scheduled to go to polls later. With news channels  enjoying unlimited reach, the 48-hour embargo appears to be observed more in breach. In this context, in 2019, the ECI in its manual of MCC had stated that “in an era of wide reach of electronic media in the country, it is impossible to block any matter being covered on electronic media in a specific area, State or constituency.”

Elaborating further, it was held by the NBSA that “the media would be entitled to broadcast electioneering with regard to a contesting candidate of a particular party in one State, irrespective of the fact that transmission would be seen in other States.” It was further held that “so long as the broadcast of the election-related programme in State ‘Y’ is not used for promoting or attacking any specific candidate in State ‘X’, there can be no objection. Covering a general event relating to a political party, which is relevant and of common interest across the country or a State; which does not extol the public to support any candidate or does not criticise any candidate in the constituency going to polls, is not a violation of any guidelines.”

In other words, both the ECI and the NBSA appear to have given up on the main point, which in many cases would mean an erosion of fair play and level-playing field. This existing practice needs a focussed attention by a group of experts so as to ensure that no unfair advantage is taken by any candidate.

According to the rules, the NBSA does not act till informed by the ECI, which may not inform at all. What can be the way out ? At present, the fundamental principles and rules of self-regulation of NBSA are quite open-ended. These need to be amended so as to strengthen the institution by giving it a statutory backing. In case of prima facie violations, NBSA should be able to act independently. The chairman of the NBSA is a respected former Judge of the Supreme Court with several senior retired IAS officers and diplomats as members besides other experts. Their hands need to be strengthened so as to bring in sobriety as well as rationality in the content, raising the credibility of the institution.