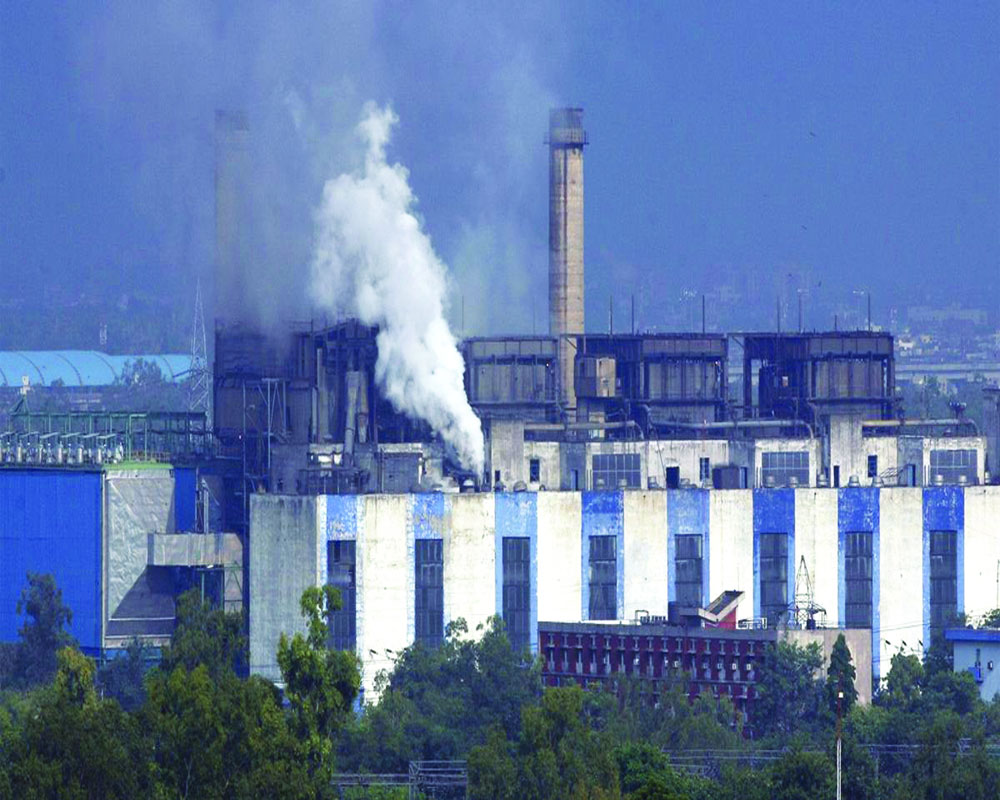 The importance of curbing air pollution activities over reduction measures cannot be stressed enough. It is the most effective and economically-feasible option for the long-term

It is an unfortunate fact that breathing clean air, the most basic of human needs for survival, has become a luxury for many around the globe, and particularly in India, which houses 22 of the 30 most polluted cities in the world. Looking at the severity of the problem of air pollution and its consequences on the health of millions of people, animals and plants worldwide, dirty air is now being seen as one of the most serious hazards.

Ever since the issue of deteriorating air quality has been highlighted and documented, there have been growing concerns over its economic aspects, in terms of investments, technology development and the cost benefits of handling air pollution. This relationship between environmental degradation and economic needs has been the object of constant debate among environmental economists. During the last two decades, this debate has raised several questions about attaining sustainability by normalising environmental management and economic growth with the participation of inhabitants on the same scale.

Peripheral effects or externalities are one of the most basic concepts evoked by economists while looking at problems of environmental pollution. In economics, an externality is an important cause for market failure that arises when the production or consumption activities of an individual or a firm influence the well-being of bystanders. For instance, smoking a cigarette in a public place, an open kitchen in a hotel, or using conventional wood/coal-fired cooking stoves in rural households are considered to create a negative impact on the people in the vicinity.

Air pollution is essentially a negative externality as it imposes costs on people who are external to the transaction of a polluting product. While sustainability focusses on integrating economic activity with environmental protection and social problems, it is obvious that economic development, which ignores environmental and social impacts, could generate undesirable consequences on sustainability trends.

There is a general agreement that we must prevent pollution of our natural resources like air, water and land. On the contrary, there are considerable disputes over how controls should be designed and how much control is needed. From the Indian perspective, the pollution control laws and mechanisms adopted four decades ago in 1981 got amended over time. They tended to lean towards detailed regulation of technology, leaving polluters little choice in methods to achieve environmental goals. However, a rapid economic and social change challenge policy design and implementation. The need of the hour is to look for innovative solutions to avoid pollution rather than focussing on its control only. Addressing the root cause is the most probable solution left to us. India needs to strengthen its capacity, both ideologically and practically, through governmental actions and citizen participation. This would support economic development, promote the industrial set-up and result in employment generation.

Thus, understanding the severity of air pollution and its associated impacts, the Government of India released its strategic action plan the National Clean Air Programme (NCAP) in January 2019. It clearly elucidates that the technological drawbacks and limitations in expertise are considered as a major hindrance in achieving our environmental obligations. Thus, swift technology transfer mechanisms and effective capacity-building are the way forward for any collaboration in addressing persisting environmental issues.“An ounce of prevention is worth a pound of cure”, said Sir Benjamin Franklin. The importance of curbing air pollution activities over reduction measures cannot be stressed enough. It is the most effective and economically-feasible option for the long-term.

Along with environmental benefits, pollution prevention practices could directly improve the nation’s well-being by providing a cleaner environment, which in turn increases productivity and the effective use of resources. Hence, in order to meet both economic growth and environmental protection simultaneously, it is necessary to widen the gap between emissions and economic output with judicious resource utilisation.

As cost-effective emission control has been in focus for decades in international air pollution regulations, the balance between market-based policies for prevention of air quality deterioration and economics of contamination reduction is expected to play a significant role in India’s economic road map, which aims to achieve the $5 trillion-mark by 2025. The experiences from developed nations have to be replicated in terms of India’s existing dismal air quality scenario, which includes technologies and mechanisms with short, medium and long-term effects and goals.

Emissions from the industrial and construction sectors are considered as major sources of particulate matter pollution in India, while the NOx (nitrogen oxide) emissions are majorly contributed by the transport and power generation sector. Thus pollution prevention needs to be initiated from these sectors as the first step towards clean air. With thoughts of shifting from coal-based energy to natural gas, the transition could provide a long-term answer to climate change with a significant decrease in CO2 and other air quality benefits. But the cost of technological development along with the implementation and industrial acceptance scenario needs to be accounted for.

In India, natural gas formed about 5.6 per cent of the country’s total energy supply in 2018. The deployment of a large-scale fuel switch from coal to natural gas is influenced by various factors viz. switching demand and supply constraints, infrastructure, technology adaptability, high upfront costs and skill capacity. On the other hand, the recent introduction of the Faster Adoption and Manufacturing of Electric Vehicles (FAME-II) policy, along with Bharat Stage Emission Standards (BS-VI) on technology and fuels, emphasises the Government’s efforts in curbing pollutants associated with the transport sector.

Moreover, subsidies in the purchase cost of electric vehicles (EVs) would increase cost-effectiveness and acceptance among people, which would be a huge step for the transport sector.

On the same lines, the Pradhan Mantri Ujjwala Yojana (PMUY) aims to provide 100 per cent Liquefied Petroleum Gas (LPG) access to all households in India to alleviate the dire impacts of biomass/firewood use for cooking. The need of the hour is the effective management of the crop residue, burning of which by farmers has been a nuisance for some time now. TERI suggests an effective crop residue business model, which emphasises the decentralised use of biomass at the village and industry level. It creates an effective strategy for creating jobs along with crop stubble management.

The emergence of novel technologies curbing emissions has proven to be an effective tool in stimulating investments in clean energy technology at the source. Economic models project that the introduction of such measures at source would result in job losses in some sectors (fossil fuel) and job creation in others (renewable energy and so on). In the long-run, such environmental policies will favour the economy as they will stimulate more efficient use of resources and result in health benefits.

Reducing emissions is a wise, long-term investment that contributes to several development goals and ultimately will yield substantial benefits. Increasing urbanisation and economic development activities along with a lack of effective implementation are fuelling air pollution problems. Addressing the issue of a deteriorating air quality requires multi-level partnerships, incorporating the Government, the private sector, the industry, academia, research institutes, the civil society and associations with more cohesive efforts. The allocation of `460 crore for pollution-control schemes under the Union Budget needs to be smartly invested with equal emphasis on increasing public awareness and technology infrastructure.

(Iyer is Fellow,  Kamaraju is Associate Fellow and Emmanuel is Research Associate, TERI)