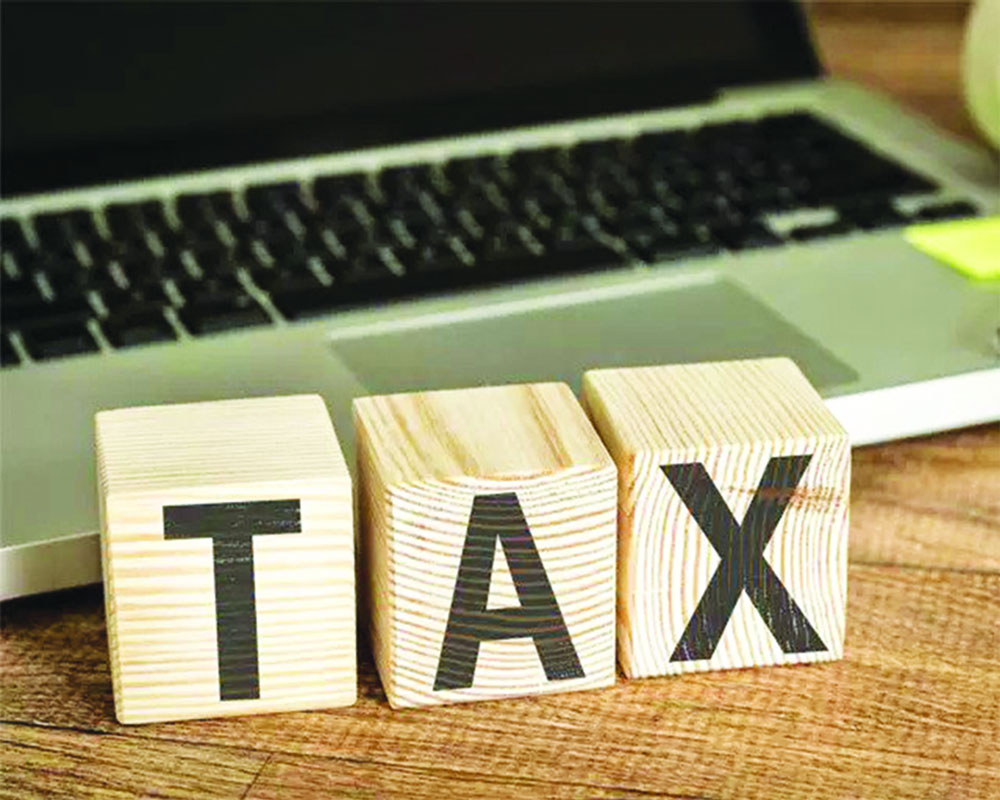 Tech giants are getting away by not paying tax in the source country but the fact remains that their profits are coming from users located within the Indian territory. This anomaly needs to be addressed soon

On June 2, the Trump administration announced a probe into digital services taxes that have been either adopted or are under consideration by its trading partners viz, Austria, Brazil, the Czech Republic, the European Union (EU), India, Indonesia, Italy, Spain, Turkey and the UK. This refers to the so-called “Section 301 investigation” by the United States Trade Representative (USTR) to determine whether levies on electronic commerce discriminate against US technological giants like Apple, Google, Amazon and so on. The probe could lead to the US imposing tariffs on exports from these countries.  The reaction of the US and the proposed retaliatory measures are triggered by genuine actions by the aforementioned countries (and many others) to salvage a grim situation, whereby they are losing billions of dollars in taxes due to the manipulative practices of multinational corporations (MNCs) in the digital space — most of them based in America.

While some countries (for instance, France and India) have taken measures to make the  MNCs pay the taxes, structured efforts are being made under the aegis of the Organisation for Economic Cooperation and Development (OECD) to arrive at a so-called BEPS (base erosion profit shifting) framework agreement. Over 135 countries are participating in this project (85 have already signed the multilateral instrument on BEPS) that will form the basis for such taxation.

The OECD had released a draft on “taxing digital companies” on October 9, 2019. However, progress on this has been stymied by the Coronavirus crisis. The original deadline to complete the negotiations was this year, which now gets shifted to the next year. Meanwhile, it is important to unravel the modus operandi used by technological giants to dodge tax authorities in these countries and steps taken by India, a major source of income for them, to deal with it.

How does the Indian Government establish its jurisdiction to tax them on their operations in the country (a bone of contention between the MNC’s host country and India)? What could be the criteria to bring them under the tax net? How far can India go in building a consensus at the OECD around its stance?

By nature, operations of MNCs are transnational with entities located in several countries involving a high-level of interdependence and cross-border flows of goods and services between them, as also direct supplies to retailers and consumers. For firms such as Google, Facebook and  Amazon among others doing business in digital mode, physical boundaries get blurred. They structure their investment arms through a maze of subsidiaries held outside India in low-tax jurisdictions such as Singapore, Mauritius, Ireland and among others.

These technology giants invoice Indian customers via these offshore entities despite having significant revenue, users or paying customers in the country even as their Indian entity is crafted more like a service company or commission agent to the parent company located abroad. This helps them in booking an overwhelming share of revenues in the parent company (registered in a tax haven) while a very small portion of service/commission revenue and income is reported in the entity registered in India.

The firms may be getting away by not paying tax in the source country (India in this case) but the fact remains that their profits are coming from users located within the Indian territory. Hence, it is none other than the Government of India (GOI), which has the right to tax these profits. The jurisdiction to tax lies with it. This position is also endorsed by the OECD under the BEPS framework agreement. It states: “Profits of MNCs should be available for taxation in the country where their customers are, irrespective of any physical presence in that market, and that a formula should be evolved for such taxation.”

Coming to the steps taken by India, in 2016, the Government had introduced the so-called “Google Tax”  — also known as Equalisation Levy — with an intent to tax the Business to Business (B2B), e–commerce transactions/digital transactions. The tax is levied at six per cent on the payment made by a resident firm to foreign e-commerce companies for online advertisements on the latter’s platform.

While making a payment, the resident firm has to deduct tax from the consideration payable to say, Google, and deposit it to the department. For instance, if the consideration is Rs 10,00,000, then the former has to withhold six per cent or Rs 60,000 and pay the net amount of Rs 9,40,000 (the so-called equalisation amount) to the latter. The Google tax of Rs 60,000 is paid to the legislature. Through an amendment to the Finance Act, 2020, the scope of equalisation levy was extended to “all sales, gross receipts or turnover of non-residents not having a Permanent Establishment (PE is a fixed place of business normally located in the territory of the source country), who is providing the online sale of goods or provision of services or both to a person residing in India or a non-resident in specific circumstances, such as the sale of advertisement targetted to the Indian market or sale of data collected from the Indian market.” This levy is at two per cent on the sum received or receivable by an e-commerce operator and is payable directly to the Central Government on a quarterly basis.

Whereas the tax imposed in 2016 had very limited coverage (revenue from online advertisements), the two per cent levy introduced this year covers almost every good and service provided or facilitated by the internet giants.

But this approach is riddled with ad hocism and arbitrariness. There is no basis for having two widely divergent rates depending on the source of revenue viz, online advertisements versus all others. Besides, the “all others” category is open-ended and loosely-worded that leaves room for discretion.

What is even worse is that being a levy on the turnover/gross receipts (instead of profit which is the way it should be — as the intent is to tax the profits of MNCs), these are akin to indirect tax, which the technological giants conveniently recover from Indian users by correspondingly inflating their charges. They have been doing so in the case of six per cent levy on advertising revenue (in the above example, the resident firm is billed for Rs 10,60,000) and will do the same with respect to two per cent levy on goods and services imposed this year.

This defeats the purpose as instead of making the technological giants pay up, Indian firms end up paying more. Besides, the arbitrariness in this approach to taxation leaves the country open to criticism. What then is the way forward? How does GOI get these foreign firms to pay taxes on the earnings from their operations here?

In the normal course, for a foreign  firm having a PE from where it conducts transactions — including sales made in India — and maintains accounts viz. receipts, expenditure, profit and so on for local operations, the tax department has a smooth sail. But technological giants don’t have a PE on Indian soil.

To overcome this hurdle, in 2018, a committee set up by the Central Board of Direct Taxes (CBDT) had mooted the concept of digital permanent establishment (DPE). The Income-Tax Act provides for levy of tax on the profit attributed to the Indian operations of such offshore enterprises in the country.

The committee proposed tax at the rate of 30-40 per cent, depending on the user base and revenues (only firms with a user base over 2,00,000 would be considered). As a follow up, in the Finance Act 2018, the Government proposed that “such offshore firms should be taxed in India if they have a market presence above a threshold to be defined in terms of their customer base and revenue.” But this needs an amendment to India’s tax treaties with all its trade and investment partners. The task will be greatly facilitated once the BEPS framework agreement is put in place. The Government should, therefore, work for early finalisation of the agreement.

It should vigorously pursue the DPE concept at the OECD and also get ready with a criteria for treating a foreign company as DPE. The criteria should give appropriate weight to three crucial parameters viz, the number of users, paying customers or annual revenue. The tax rate on such companies treated as DPE should be at par with the rate applicable to domestic companies.

Meanwhile, the US should desist from its proclaimed actions as India (like other affected countries) is only trying to correct a wrong that is being perpetrated by its technological giants.