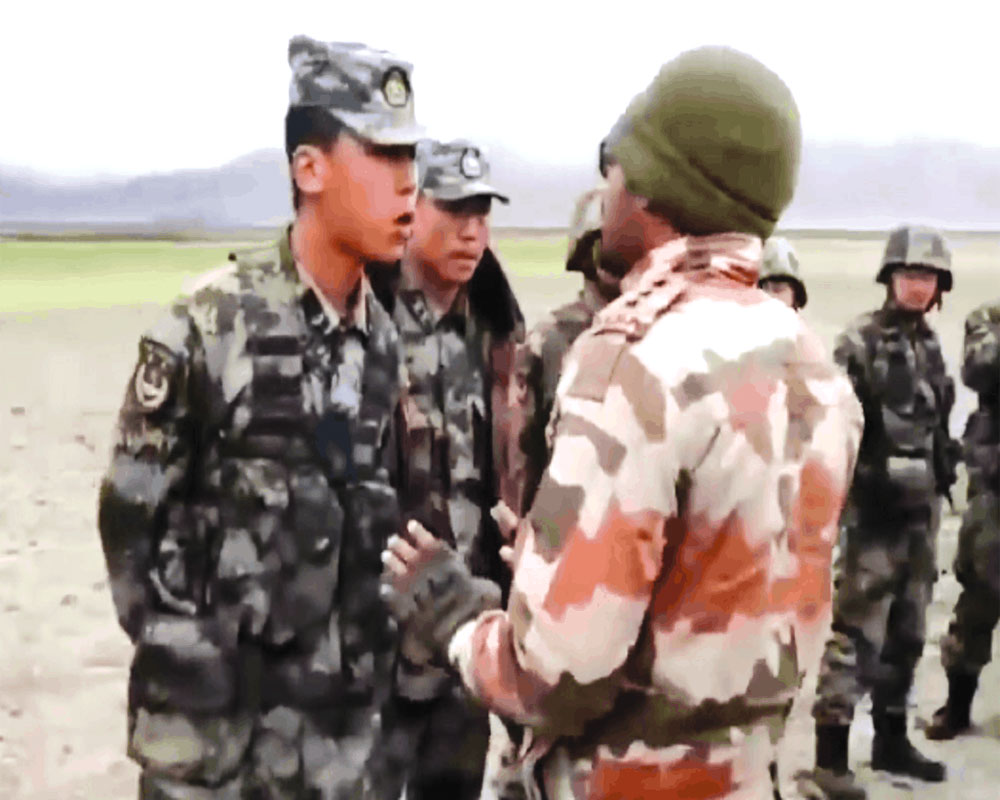 Rebel News, a Canadian far right news network, has obtained 34 pages of documents called ‘China Files’ establishing that Canada has been training the Chinese People’s Liberation Army (PLA) in cold-weather warfare at its military institution in Kingston, bases in Ontario and at the Canadian Forces College, Toronto. Further, it sent to China flag-rank Canadian officers to teach PLA officers tactics and techniques in high-altitude fighting. Nearly 200 Canadian soldiers participated in the October 2019 World Military Games at Wuhan and Canadian sailors and naval ships celebrated the PLA Navy’s 70th Raising Day at Qindhao. Defence and security relations between the countries were particularly active during 2018-19 despite the Chinese taking two Canadian civilians hostage. It seems that the Canadian Government under Premier Justin Trudeau was keen to maintain warm relations and not to displease the Chinese overlooking objections raised by the Trump Administration over unintended consequences of transfer of knowledge and information to the Chinese though Canada’s Five Eyes partners were not perturbed.

The news network obtained redacted documents, some classified secret and for Canadian eyes only, 19 months after it sought them on a Freedom of Information request but as the documents were not properly redacted, they were legible. When there was resistance to implementing the exchange programmes — the Chief of Defence Staff put on hold one joint section-level exercise in winter warfare in Canada — orders were given that no training was to be suspended without consulting the Chief of Privy Council. These documents, made public last week, clearly tell India that the Chinese had been preparing for high-altitude warfare since 2018-19 — especially in the winter of 2019 — and have received training, expertise and equipment from Canadian Defence Forces during bilateral military exchanges in China and Canada. The Trudeau Government’s record of sensitivity towards India’s security concerns has at best been lax, given that its Defence Minister and Leader of the Opposition are both Khalistani sympathisers.

These revelations fit in neatly with the US-China Economic, Security Review Commission report of December 1 which describes the eight-month-long India-China standoff along the Line of Actual Control (LAC) as the most severe border

crisis in decades and accuses China of planning the Galwan clash with the blessings of Defence Minister Gen Weng Fei. Two weeks before the clash, Global Times warned that India would suffer a devastating

blow if it got involved in the

US-China rivalry. The report notes that while the “Chinese Government might deem its Ladakh venture to acquire territory a success, it failed to dissuade India from building infrastructure or aligning with the US, where results have been counterproductive”. The Indian Government, though, has denied both loss of any

territory or alignment with the US. Although no clinching evidence was presented in the report, tell-tale signs were there that China was working to a premeditated grand design of forcibly altering the LAC in Ladakh for which preparations had started in mid-2019, if

not earlier, as the ‘China Files’ indicate. These predate the Mahabalipuram/Chennai

with Gen Musharraf’s planning of Kargil.

Lies and deceit are ingrained in the Chinese Communist Party and PLA’s psyche. Foreign Minister S Jaishankar has said that the Chinese have given India five differing explanations for deploying large forces along the LAC. In its latest response to Jaishankar speaking at a virtual session with Sydney-based Lowy Institute where he blamed China for the standoff and breakdown in relations, Beijing Foreign Office repeated its standard response: “The merits of the situation are very clear. India is totally responsible for the situation.” The standoff has hit an impasse with no prospect of any thaw this winter; the Chinese and Indian tanks are just 20 metres apart near Kailash range. The Chinese cancelled the joint release of a stamp on the 70th anniversary of bilateral relations. The date for the ninth military dialogue has not been communicated by Beijing and while channels of communication remain in suspended animation, both sides are talking at each other.

Russia, which enjoys the best of relations with both India and China, has entered the fray not in helping to break the logjam but adding fuel

to the fire by accusing the

West of “anti-China games”. Foreign Minister Sergei Lavrov set the cat among the pigeons by saying that the western powers were promoting Indo-Pacific Strategy and Quadrilateral Security Dialogue to engage India in anti-China games and also trying to undermine Russia’s partnership with India. His remarks were directed at the US which has been threatening India with sanctions under the Countering America’s Adversaries Through Sanctions Act (CAATSA) for the purchase of $5.4 billion S400 air defence system from Russia. This is a direct challenge to India’s strategic autonomy and one of the sticking points in the India-US Defence Partnership on which the Trump Administration remained discreetly silent.

Although India is still sitting on the fence in deference to China, it has indicated to Beijing both in words and deeds the options available to it for crossing the Rubicon. US Democratic lawmaker Mark Warner, speaking last week at the Hindustan Times Leadership Summit, said: “India should join a ‘Coalition of the Willing’ with the US and other democracies to confront China’s model of State-sponsored authoritarian capitalism.” Just as Trudeau wants to be nice to China, India does not wish to offend Beijing as it cannot independently deter Chinese coercion on the Himalayan frontiers due to conspicuous power asymmetry.

Jaishankar’s continuing reliance on diplomacy stems from ground reality and realpolitik. When asked by a journalist about India’s reaction to Chinese intrusions being diplomatic rather than a pushback, he rebutted that “there has been an enormous military response in our force deployment”, deflecting the initial omissions of any counteractions following delayed detection of intrusions. The Government is making a virtue of necessity in its counter-deployment. In the same interview, he said the standoff could go the Sumdorong Chu way (1986) which took nine years to resolve. But then while the geopolitical context and limited scale of deployment were vastly different, India was tactically in a commanding position having surrounded the PLA intrusion at Wangdung which was beyond the Indian limit of patrolling. Still Wangdung was an Intelligence lapse!

The Intelligence and operational failures on the LAC this year are compounded by the Rebel News revelations of the Chinese getting winter warfare training from the Canadian armed forces in 2018-19. In a similar situation in 1984, India got a tip-off that Pakistan was buying snow clothing in Europe and pre-emptively occupied Siachen. The last GOC Ladakh Sub-Area, Maj Gen Yash Mor who was there at the time of intrusions, lamented this week about “our repeated failures to read Intelligence”.