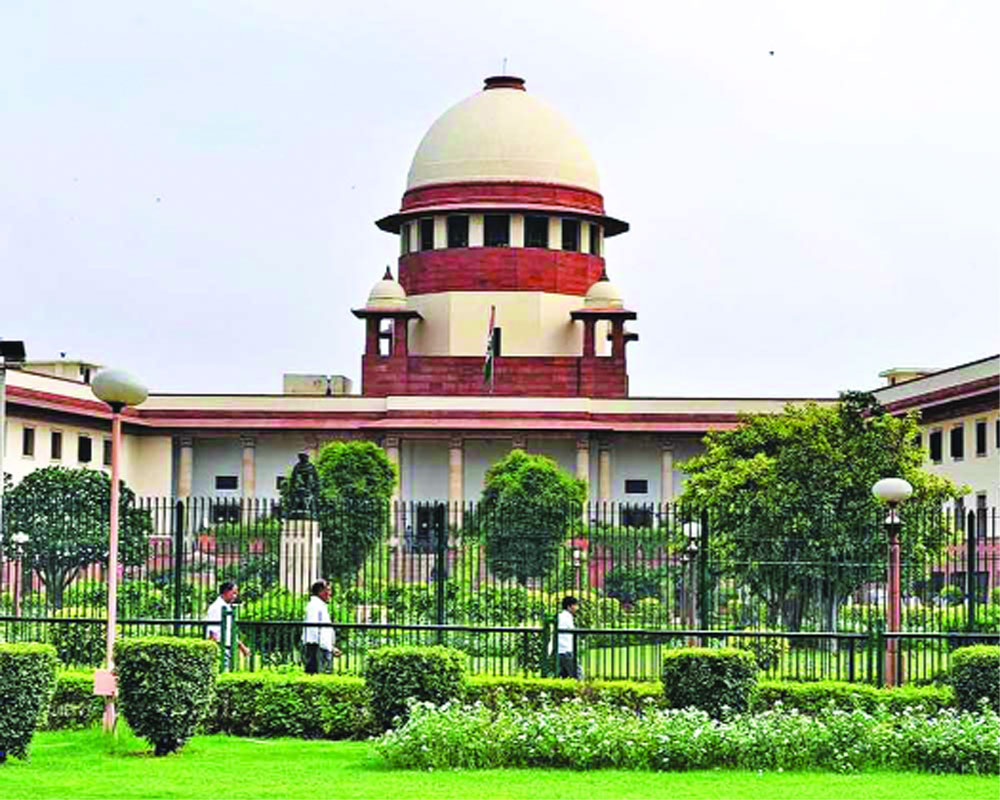 Once again it took the Supreme Court to draw attention to the fact that freedom of speech is the nation’s most abused liberty in recent times. And Chief Justice of India SA Bobde censured the Government for it while hearing a slew of petitions, alleging how Muslims had been demonised by a section of the media through biased reportage on the Tablighi Jamaat congregation at Markaz Nizamuddin, which became a superspreader event for the Coronavirus. He objected to a junior-level officer for filing a flimsy affidavit on behalf of the Government in the matter, claiming that the petitioners were trying to muzzle the freedom of speech by targetting the media and that there was no “bad reporting” as such. “Like you are entitled to say a lot of things, they are too. We must also tell you that freedom of speech is the most abused freedom in recent times,” Justice Bobde said while asking the Government to file another affidavit, this time by the Secretary of the Information and Broadcasting Ministry, on the petition seeking action against some TV channels for colouring perceptions. He even warned the Government that it “should not make unnecessary nonsensical averments.” It is true that the Tablighi meeting in March generated a huge controversy as many cases across the country were linked to those who had attended the gathering. No doubt that was a costly human error, badly compounded by the procedural oversight of the police and authorities. The gathering, which featured sermons, was attended by Tablighi members from Malaysia, Indonesia, Thailand, Nepal, Myanmar, Kyrgyzstan and Saudi Arabia. Members had also come from Afghanistan, Algeria, Djibouti, Sri Lanka, Bangladesh, England, Fiji, France and Kuwait. Not only that, some of the top missionaries from Indonesia, with which we share easier visa rules, entered the country on a tourist visa, avoiding to disclose the purpose or nature of their visit. Many of those who attended then travelled to other parts of the country, making contact-tracing an almost impossible job as they bled into communities. But then there were other social and religious congregations during the pandemic that came with attendant risks and spreads though they didn’t get played up to the extent that the Tablighi incident did. Down south, wholesale markets became even bigger super-spreader epicentres. But the majoritarian propaganda machinery was quick to use the unfortunate episode to stigmatise Muslim clusters in general as having a greater chance of a virus spread. So the otherisation and scapegoat politics, that has regrettably now even become a governance tool, should not have been used to cover up for the mismanagement of a public health disaster. It is to be noted that such was the guilt syndrome thrust upon by majority opinion that the recovered members of the Tablighi were among the first plasma donors in the city. Now with the top court seeking to assess bias in media coverage that could have unjustly tainted a community, the hurt may not be taken away but at least be acknowledged.

The top court also asked the Government to bring on record all relevant statutes with regard to regulating TV channels. Recently it restrained a channel from telecasting a controversial programme that sought to “expose” a “conspiracy and jihad to infiltrate Muslims” into the Indian civil services. The court was right to see through the agenda to vilify a certain community on the pretext of an investigation and perpetuate a narrative suited to the political climate of the day. But then how many broadcasts will it stop given the partisan nature of the hundreds of news channels in India today, some of them owned and funded by political parties themselves? How will it manage the whataboutery and a slew of counter-petitions of why a certain programme doesn’t deserve to be aired while others do? What is divisive and what is not? Given these observations, the court would then have to become a media watchdog, too, stretching its resources no end. The court mentioned setting up a committee of five citizens who can come up with standards for electronic media but what about existing frameworks, which are toothless at the moment? There is no statutory regulatory mechanism but self-regulatory bodies like the News Broadcasters’ Association (NBA), Broadcast Editors’ Association and News Broadcasters’ Federation have failed to rise to the occasion and ensure a degree of professionalism. Besides, this multiplicity of authorities generates its own politics and lobbies. The NBA does take up broadcast complaints seriously and has a set of ethics but because it comes as just a guideline and is not mandatory, there is no bold punitive action. Usually, errants are let off with an apology or a minor rap on the knuckles. Besides, members of the NBA are from channels themselves and their hands are somewhat tied by the prevalent business model of journalism, the kind that links coverage and pitches to revenue and funding. Till we have a singular code that’s trustworthy or effective or till we have a legally empowered regulatory body, there will always be conflict of interest. Our Constitution has guaranteed the right to freedom but it implies we follow our duties and responsibilities. In a democracy, the media is as much accountable to citizens as are other institutions. Yet instead of showing a mirror to society and advocating rights and issues that politics ignores, the media is sadly being either corrected by institutions like the Supreme Court or weaponised as an official propaganda machinery.