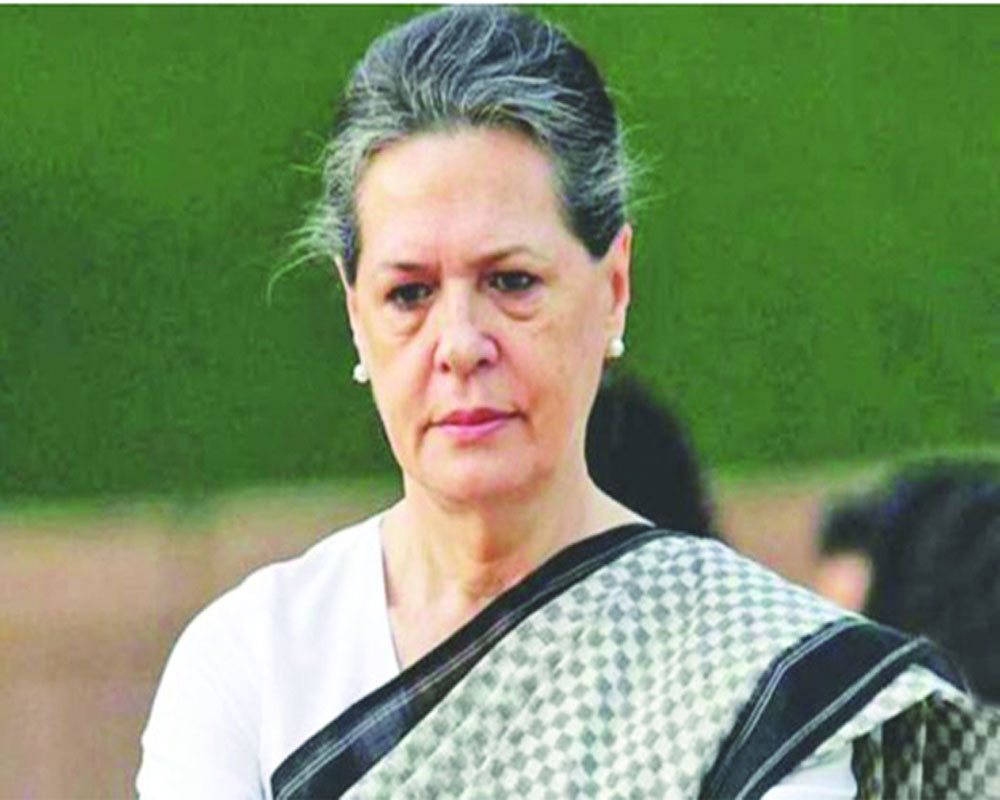 Sonia Gandhi will have to accept that the era of supine partymen is over; the high command has been called to account. Only a split can save the Gandhi leadership

Sonia Gandhi’s consistency and determination are admirable. A firm believer in dynasty as a legitimising principle in politics, she first made her son the party vice-president in January 2013, thus indicating her intent, and in December 2017, despite a dismal performance in the 2014 general elections, anointed him as Congress president. This was accomplished with fulsome support from the rank and file, including veterans. For a while things seemed to be going well and the party, advised by the now defunct consultancy firm, Cambridge Analytica, won Karnataka, Madhya Pradesh and Chhattisgarh in quick succession in 2018.

Matters went south only with Rahul Gandhi’s impulsive resignation from the post of party president after the resounding Lok Sabha defeat of 2019; his refusal to withdraw it despite the customary appeals; and Sonia Gandhi’s prolonged stay as interim president, with no resolution in sight. This forced 23 veterans, doubtless backed by many others, to demand a visible and effective leadership that is accessible to stalwarts and does not function by diktat delivered via a tiny caucus.

The Congress Working Committee (CWC) that met on August 24, 2020, to resolve matters revealed that the Gandhi family’s principal concern was to retain its grip over the party. The myth that Sonia Gandhi had “fought like a tigress” against Rajiv Gandhi’s becoming Prime Minister after the assassination of Indira Gandhi – stoically maintained by the spin doctors despite the fact that Rajiv Gandhi was already a Congress MP for three years before that fatal day – died with Sitaram Kesri’s ignoble exit via a bathroom. Similarly, the pretence that “power is poison” has ended with the averment that it is the elixir of political life.

Anand Sharma, deputy leader (Rajya Sabha), has explained how the total drift and lack of introspection after the 2019 defeat, Rahul Gandhi’s insistence that no one from the family should become president and Sonia Gandhi’s tenure as interim president ending on August 10, forced them to demand strategies for revival. Although it has never been stated publicly, Rahul Gandhi’s flight from Amethi, choice of Wayanad (Kerala) and total reliance on the Indian Union Muslim League to return to Parliament would have convinced the stalwarts that he cannot lead Congress out of the electoral wilderness. He cannot win from Wayanad again, or from Rae Bareli, if his mother withdraws from the arena.

At the CWC, as no one asked the Wayanad MP to return, Sonia Gandhi realised there was no time to lose in reinstating Rahul Gandhi at the helm. Her first moves, on August 27, indicated her resolve: Jairam Ramesh was appointed chief whip (Rajya Sabha), Gaurav Gogoi deputy leader and Ravneet Singh Bittu whip (Lok Sabha), and Ahmad Patel and KC Venugopal included in a committee that will decide Congress’s strategy in Parliament.

Then, one day before going abroad for a medical check-up, accompanied by the heir apparent, Sonia Gandhi announced a major reshuffle, tailored for Rahul Gandhi’s ascension. The dissident veterans were upstaged, at least for the present. The Central Election Authority (CEA) has been reconstituted to conduct the election of the party president. Headed by Madhusudan Mistry, its members include Rajesh Mishra, Krishna Byre Gowda, S  Jothimani and Arvinder Singh Lovely (a letter writer).

While letter signatories Ghulam Nabi Azad, Anand Sharma, Mukul Wasnik and Jitin Prasada have been retained in the CWC, the demand for elections to this body, as opposed to the practice of nominating members, has been brushed aside. The 22-member CWC includes former Prime Minister Manmohan Singh, Rahul Gandhi, AK Antony, Ahmed Patel, Ambika Soni, and former Finance Minister P Chidambaram, who has been elevated from permanent invitee, a surprising move. The invitees include Digvijay Singh, Salman Khurshid, Jairam Ramesh, Pramod Tiwari and Chinta Mohan, all of whom will gladly rally behind Rahul Gandhi.

Jitin Prasada has also been given charge of party affairs in West Bengal and Andaman and Nicobar Islands, possibly in an attempt to woo back the disaffected cronies of Rahul Gandhi. However, Ghulam Nabi Azad and Mallikarjun Kharge have been removed as general secretaries and Randeep Surjewala (Karnataka), Jitendra Singh (Assam) and Tariq Anwar (Kerala and Lakshadweep) inducted. Others retained as general secretaries include Harish Rawat (Punjab), Priyanka Gandhi Vadra (Uttar Pradesh), Oommen Chandy (Andhra Pradesh), Ajay Maken (Rajasthan), KC Venugopal (organisation). That few office bearers have any electoral heft is not a factor in this round.

The Congress has long delegated authority to make appointments to the top leader. Sonia Gandhi is unlikely to relinquish this power at a time when the family is fighting for survival within the party. She announced a five-member special team to help her in day-to-day matters till the next session of the All India Congress Committee (AICC), to be held within six months. It includes AK Antony, Ahmed Patel, Ambika Soni, KC Venugopal, Randeep Surjewala and Mukul Wasnik.

Naturally, these moves have further dismayed the dissidents. Former minister Kapil Sibal lamented, “Nomination seems to be the rule and election is not even an exception.” The dissidents told the media that the changes made by the interim president “do not in any way” address the concerns listed in the August 7 letter and will not revive the party. In fact, many new persons joined their stock-taking meeting on September 12, 2020, which augurs ill for Sonia Gandhi’s authoritarian control of the party.

Observers note that the beneficiaries of this reshuffle include Rahul Gandhi loyalists such as Randeep Singh Surjewala, Ajay Maken and Jitendra Singh, amongst others, and the sole purpose is to smoothen the way for the Wayanad MP to become Congress president after Sonia Gandhi returns. But the fact that nothing has been done to address the ideological lopsidedness in favour of minorities, and the inability to attract leaders who can bring voters back to the grand old party, is weighing on the minds of many.

Checkmated by Sonia Gandhi’s absence, the dissidents have decided to focus on the Monsoon Session of Parliament to corner the government on topical issues and wait. In a sharp departure from Congress culture, they have not surrendered or diluted their stance on any issue, and have even augmented their strength. Sonia Gandhi will have to accept the fact that the era of supine partymen is over; the high command has been called to account: only a split can save the Gandhi leadership.