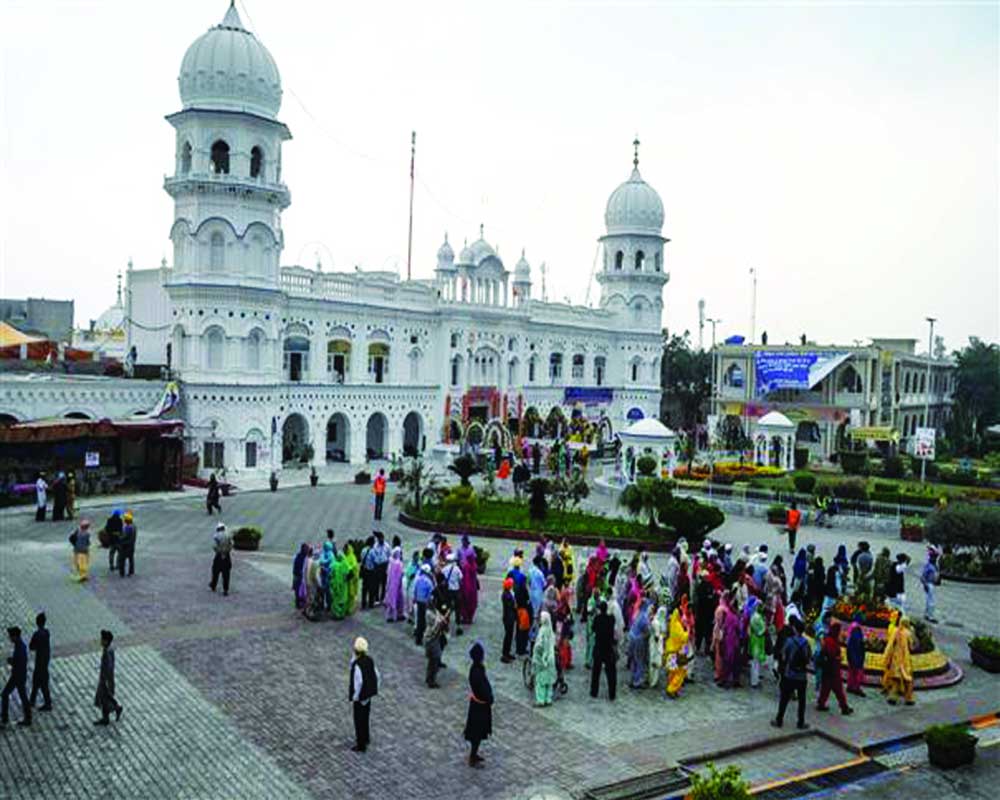 Pakistan’s Islamic revolution is eating its own children. It needs to be reversed by an Ataturk-type of powerful leader but the Army has been thoroughly radicalized

The paroxysms of religious intolerance increasingly engulfing Pakistan and sections of its civil society, not to mention the frenzied anti-India exhortations of its favourite militant outfits, are inexorably pushing the nation towards political incoherence and religious apoplexy, from which return to sanity seems unlikely.

Two recent events best exemplify this trend. One is the attack on Nankana Sahib Gurdwara (January 3) led by the brother of Mohammad Hassan, the boy who allegedly abducted Jagjit Kaur, daughter of a senior gurdwara official, from her home in August 2019 and forcibly converted and married her. Reports suggest that ahead of the court hearing on January 9, police entered the Hassan family home and arrested some members. Enraged, Hassan’s brother collected a crowd, surrounded the gurdwara, pelted stones on pilgrims and threatened to convert all shrines into mosques. As authorities moved to control the situation, he issued an apology on video.

In India, the incident embarrassed political parties opposing the Citizenship Amendment Act (CAA) and forced them to condemn it. The ruling party, the Bharatiya Janata Party (BJP), the Congress and the Shiromani Akali Dal (SAD) protested near the Pakistan High Commission in Delhi, which was placed under tight security.

The second and more serious incident concerns Pakistan’s treatment of its own citizens. Junaid Hafeez, a teacher in the literature department of Bahauddin Zakariya University, has been languishing in solitary confinement since March 2013, after an Islamist group claimed he had made blasphemous remarks during a lecture.

A gold medallist, Junaid was studying medicine at Lahore’s prestigious King Edward Medical College when the poet in him surfaced; he moved to Bahauddin Zakariya University, Multan, to study English literature. In 2009, he went to study American literature at the Jackson State University, the US, on a Fulbright scholarship and returned to teach at his alma mater. Here, in the university’s growing Islamic environment, he pushed for secular debate around different topics. Though eminently qualified for a permanent faculty position, the Islamist student group on the campus, the Islami Jamiat-e-Talaba, wanted the post to Islamise the department. Suddenly, blasphemy charges prevented him from getting the job.

One accusation was that Junaid shared blasphemous content on a Facebook account, which has never been linked to him. Nevertheless, Junaid, then just 27-years-old, was jailed and his career ruined. When lawyer Rashed Rahman was assassinated (2014), advocate Asad Jamal courageously took the brief, despite several death threats. On December 21, 2019, Junaid Hafeez was sentenced to death for “outraging religious sentiments” (under Section 295-C of the Pakistan Penal Code that was introduced in 1986 by Zia ul-Haq). His parents have appealed to Chief Justice Asif Saeed Khosa, pointing out many problems — from refusal to hear the case, constant transfer of judges and delay tactics by the prosecution — to deny justice to the young teacher. Many journalists and writers have supported them.

Within Pakistan, critics question the very need for this law, pointing out that it inhibits reforms in Islam and sanctions death for words, cartoons and other forms of free thought. They point out that critique of a religion does not mean violence against that faith or deny the rights of its adherents. Instead, the blasphemy laws undermine basic human rights.

Asiya Bibi, a poor Christian woman, received the death penalty in 2010 for alleged blasphemy, and Punjab Governor Salman Taseer was assassinated for supporting her and trying to take up cudgels against the well-known abuse of this law. Taseer said the Pakistan of Mohammad Ali Jinnah did not have such a law and such a cruel punishment. Claiming that Islam provided for the protection of minorities, he promised to take her appeal to the President, for pardon. As the case became an international cause célèbre, the Supreme Court of Pakistan acquitted her in October 2018, citing insufficient evidence. However, as frenzied mobs came on the streets chanting that they would not let her leave Pakistan, it was only in May 2019 that she was discreetly flown to Canada, where her family had already been given asylum.

It is an open secret that Pakistan’s blasphemy law is a weapon to harass individuals or groups for personal or petty agenda or to persecute religious minorities for vicarious majoritarian satisfaction. Invariably, the accused are unable to defend themselves and have to suffer painful imprisonment before receiving capital punishment, though the Supreme Court has often overruled judgments of the lower courts for having poor evidentiary value. At times, however, the apex court has upheld the sentence, leaving the luckless accused with no recourse but to beg for pardon from the President. Along the way, intrepid lawyers have lost their lives, fighting for justice, dignity and human rights.

Vigilantism, as seen at Nankana Sahib, has become the new confession in Pakistan. Rabble-rousers reminiscent of the Dominican monk, Girolamo Savonarola, but without his piety and learning, exhort intolerance of secular dissenters and minorities as a national creed. Mini-tyrants populate every village and city street, sniffing out potential victims. Former President Zia- ul-Haq’s tweaking of the British-made blasphemy law (that India junked because Hindu dharma has no canon and, therefore, no law, and Pakistan retained because it was a religion of the Book) has rained hell on its poor victims.

As of now, there is no one who can put the genie back in the bottle. Many lament that Jinnah’s plea for a secular nation, made on August 11, 1947, before Pakistan was officially born, was not honoured by the elite of the new country. Some say the speech was optics at the behest of Lord Ismay to stem the communal frenzy and bloodbath. Others say that the communal passions unleashed by Jinnah to achieve Pakistan had assumed a momentum of their own and could not be controlled.

Secular thinkers in Pakistan assert that there is no blasphemy law in the Quran or in any Hadith or in the writings of the dominant Hanafi school. Blasphemy is a man-made device to control dissidence or torment innocents, who may have earned one’s ire for some petty reason or other. In Asiya Bibi’s case, it was drinking water from a pot reserved for Muslims.

Pakistan’s Islamic revolution, like all revolutions, is eating its own children. It needs to be reversed by an Ataturk-type of powerful leader but the Army has been thoroughly radicalised. Islam has become Pakistan’s cul-de-sac; the way in is the only way out.

(The author is a senior journalist)