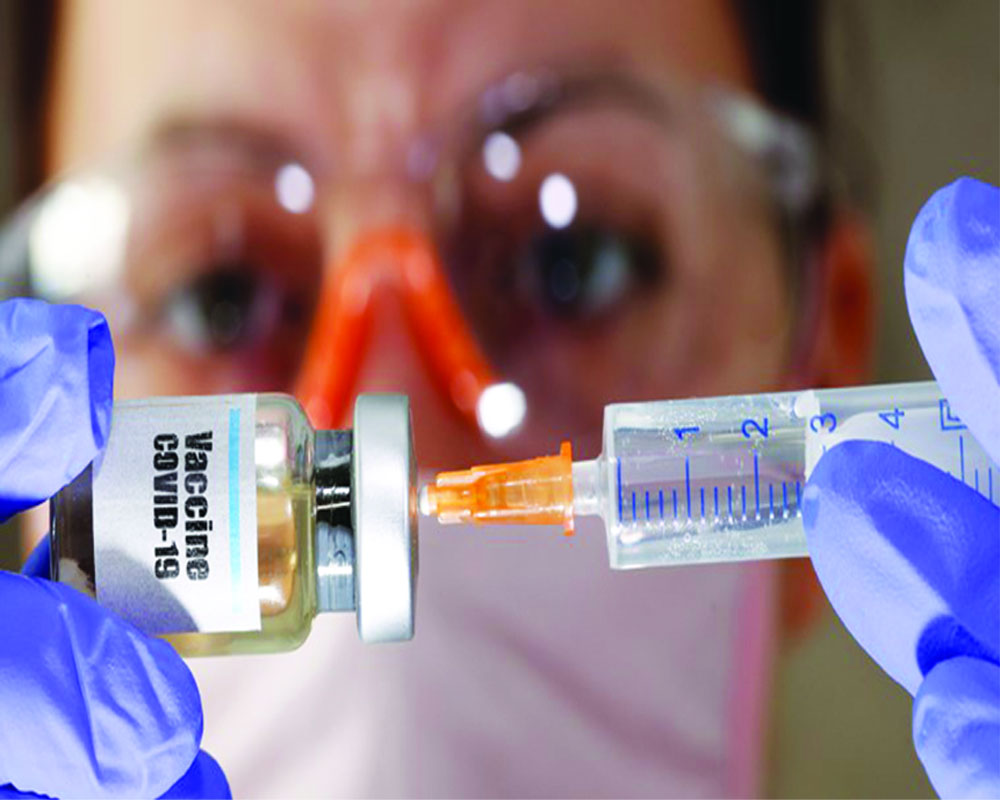 The race for the vaccine for COVID-19 is in full swing across the world as more and more people fall victim to the pandemic and the number of cases globally reaches 17,505,564 and casualties touch the 6,77,465 mark. India, too, is one of the contenders in the race for the vaccine and desperately needs it to come out as soon as possible, given the fact that the community spread has begun in the country and the number of cases has touched 16,43,543 and that of casualties is 35,817. In fact, India reported a new record surge on July 31 with more than 55,000 fresh infections registered in 24 hours.

In the midst of the outbreak, the one big question uppermost on everyone’s mind is, whoever wins the vaccine race, will the benefits permeate globally to the neediest or will they be restricted nationally? It is widely predicted that restricting the precious vaccine nationally is going to devastate public health and the world economy in equal measure.

Vaccine nationalism occurs when a country manages to secure doses of vaccine for its own people before they are made available to other nations. This is done through pre-purchase agreements between a Government and the vaccine manufacturer. The US has been attempting to secure priority access to doses of the Coronavirus  vaccine. Other countries, including India and Russia, have taken similar stances recently.

A nationalist view for a vaccine may not just be for confining it to one’s own people. There may be multiple angles to it. The concept exists since 2009, when, during the early stages of the H1N1 flu pandemic, some of the wealthiest countries entered into pre-purchase agreements with several pharmaceutical companies working on the vaccines. As a result, the distribution of the doses was based on high-income countries’ purchasing power and lacked an epidemiological basis. However, the distribution dynamics took a different turn when the initial production was slow and the supply was inadequate for the target groups for whom the US Health Agency had recommended vaccination.

Moreover, the Live-Attenuated Influenza Vaccine (LAIV) for H1N1 was contraindicated for the very young, for those with asthma and for pregnant women — among the target groups considered to be the highest priority. Further, many healthcare workers were reluctant to receive LAIV because of unfounded concerns about transmission to patients in healthcare settings and vaccine efficacy. On the other side, paediatricians and other healthcare providers were inundated by calls from large numbers of patients and anxious parents demanding the vaccine or asking where to go for a shot.

As dose supply started to increase, the incidence of 2009 H1N1 disease declined and the media frenzy quietened. By January 2010, patient demand for the vaccine had decreased to the point where many providers were left with the vaccine on the shelf. It is, therefore, evident from the H1N1 experience that vaccine nationalism hardly served any purpose and the approach resulted in surplus doses of vaccines on one side and deprived a large population that needed the vaccine on the other side.

The case for the COVID-19 vaccine is yet to unfold. How emerging vaccines will be distributed to those who need them is as yet unclear. Moreover, each vaccine candidate is likely to have a different safety and efficacy profile and it would be premature to say that the vaccine candidate for which a nation would have secured supply through a pre-purchase order would be the most optimum vaccine for its population.

Most vaccine development projects involve several parties from multiple countries and there are very few instances in which a single country can claim to be the sole developer of a vaccine. Moreover, in a global economy, infection does not respect international borders and inequitable access to vaccines during a pandemic is likely to defeat the purpose of vaccination altogether.

Vaccine nationalism is not only posing a challenge to vulnerable populations with inequitable access but is also resulting in scientists opting for riskier approaches to the vaccine development process. The urgency for the development of a preventive has given rise to a global tendency to take risks and cut corners. It has led to disparate efforts like a Chinese vaccine company engaging the People’s Liberation Army (PLA) epidemiologist, Major-General Chen Wei, to oversee its vaccine hunt. Chen Wei herself took one of the first shots of the experimental vaccine to display nationalistic fervour.

Similarly, the Indian Council of Medical Research (ICMR), along with the National Institute of Virology (NIV), is trying for an early Covid-19 vaccine release in the market with Bharat Biotech International Ltd (BBIL). There are instances wherein the countries are moving away from a collective and equitable global strategy for combatting the pandemic. European nations, the Bill & Melinda Gates Foundation and the Wellcome Trust committed over $8 billion to finance the Access to Covid-19 Tools (ACT), dedicated to rapid deployment of new Coronavirus-related health technologies.

Yet the US, Russia and India have chosen not to participate in this initiative. The Serum Institute of India, the world’s largest producer of vaccine doses, declared that most of its doses “would have to go to our countrymen before they go abroad.”

AstraZeneca reported that due to the UK’s $79 million investment, the first 30 million doses of the vaccine it is developing with the University of Oxford, would be allocated to the UK. Then, on May 21, the US pledged $1.2 billion to the company in order to obtain at least 300 million doses, with the first to be delivered as early as October.

It would be prudent for nations to learn from the experience of past pandemics where vaccine nationalism has hardly delivered any advantage and has rather resulted in surplus stocks that later go waste. A more efficient vaccine supply chain is required rather than securing first doses of the vaccine. During the H1N1 pandemic, out of the 162 million doses of the vaccine produced for the general public, only 90 million doses were used. This is a clear indicator of poor supply and distribution planning and could have been better addressed with a supply chain management-based approach rather than a hoarding-based one that is termed as vaccine nationalism.

Having a vaccine scarcity in the initial phases was a result of overly-optimistic projections of  supply. And later, the situation of having surplus stocks resulted due to certain groups being hesitant to take vaccines due to the fear of adverse reactions. This was not taken into account during the distribution planning.

It is, therefore, clear that securing the first supply of vaccines created by developed nations and the bargaining power may result in surplus stocks that can deprive vulnerable populations. This will defeat the purpose of developing the vaccine in a globally-mobile world.

There are better ways in which national interests can be safeguarded without compromising on equitable global access to vaccines. One such initiative is the 70:30 approach at the time of launch, wherein 70 per cent of the produced vaccine doses are reserved for captive consumption of a producing/sponsoring nation and 30 per cent of the doses can be allocated to global health organisations like the World Health Organisation (WHO) for equitable access to vulnerable populations of the world.

Customised strategies for using the available vaccine may be deployed in different countries when the vaccine first becomes available in limited quantities. These strategies may depend on the prevalence of the virus, the degree to which testing can identify all infected people and how the infected patients are geographically distributed. Public health leaders can integrate key lessons on allocation and distribution from previous experiences with H1N1 flu, polio and smallpox vaccination efforts.

For such strategies to be implemented, a global coordination mechanism may be devised with global health governance bodies like the WHO, Coalition for Epidemic Preparedness Innovations (CEPI), Global Fund, Gavi, representatives of the respective health ministries and the private sector. This will not only result in effective and equitable distribution of vaccines globally but will also result in optimising the return on investments on vaccine development, which till now, remains uncertain.

The strategy may also rest on where the dire need is. This will keep the humane angle alive with the trust of a global approach while satisfying local needs.

(Bhaskar is Registrar and Suri is CEO-Office of Connectivity, Regional Centre for Biotechnology) 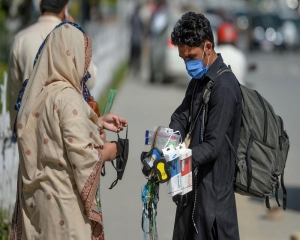 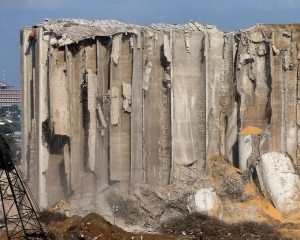