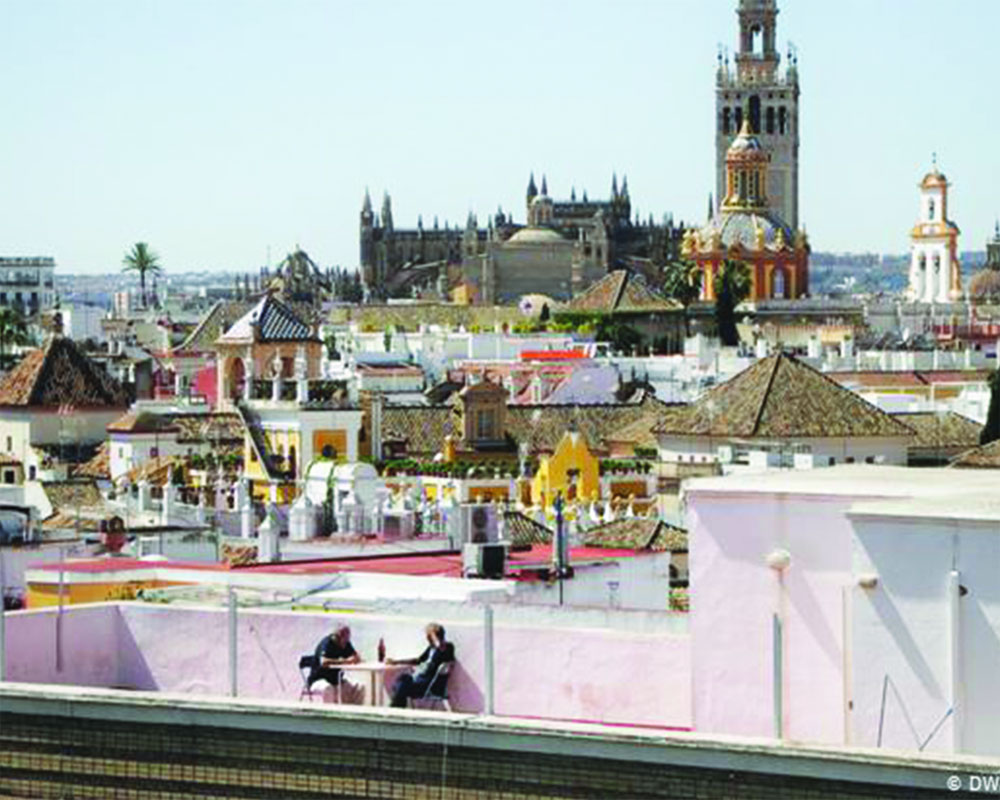 With more than 20,000 deaths, Spain, which used to be a tourism hotspot, has turned into a contagion hotbed. But hopes are high that it will soon be able to return to normalcy

In Europe, Spain, with a population of 46 million, is closely following the footsteps of Italy in terms of COVID-19 fatalities. It has suffered more deaths per million inhabitants than any other nation with the death toll crossing 20,000 on April 17. There were more than 9,000 new cases on March 31 and 950 deaths on April 2, the biggest daily death figure. These horrific statistics were provided by the Spanish Government’s top scientific advisor on the pandemic, Fernando Simon. Immunologist Alexander Edgar of the University of Reading said, “A lot of the spread had happened before people realised. Most of them assumed that the problem was elsewhere — Wuhan, which was shut off since January.”

This is analogous with Myanmar’s Health Minister saying in Yangon when it claimed zero COVID-19 that “Hubei was 1,200 miles away from the country though it shares a 1,900-mile border with China.” The three main reasons for the high fatality rate in Spain are the country’s slow response; demography and social behaviour; and low testing capacity. This, despite the country having an excellent healthcare system and not to forget the high-life expectancy in Europe due to its Mediterranean diet. But Spain’s ageing population has been shrinking since 2010 due to recession and migration. More people died in 2018 than were being born here and the pandemic started with the elderly contracting it first, like in Italy where social and cultural behaviour matches that of Spain’s.

On a holiday in Spain months before the outbreak of the Wuhan virus, one had heard of the Spanish flu and influenza pandemic that occurred in 1918-1919 during and after World War I, where one in three human beings were infected and around 17 million to 100 million perished across the world. Calling the flu Spanish is a misnomer: It started in Kansas at Fort Riley when the US was preparing to join the war. Others say it started in the congested trenches of Europe, which at that time were filled with young men and later American soldiers. The Spanish flu was really bad as it came in three waves and reached across the world, including Africa and Australia. Medicine, too, was not extensively developed.

The holiday was memorable. Ethiopian Airlines describes Madrid as the city of great monuments. I would add museums and Plaza Mayor to that list. It has just one cathedral and that, too, constructed in the mid-20th century as the Archbishop of Toledo, the old capital of Spain, would not allow it. Madrid sits astride Rio Manzanares with gentle slopes on both sides of the river connecting the two parts of the capital with a blend of ancient and ultra-modern bridges, marvels of architecture reflecting the extraordinary vision of the Spanish rulers building six-lane bridges in 16th century.

On both sides of the river are walkways, partly covering the Madrid marathon cycling tracks. Spaniards ride bicycles whenever and wherever they can. September is a great time to arrive in Madrid’s new and a design wonder airport where immigration officials took just four seconds to stamp my congested passport. But immigration rules will change now.

Madrid has one palace, one cathedral, more than 50 museums, 46 art galleries and 23 concert venues. All of these were renovated for the 400th anniversary of the Plaza Mayor, which records Madrid’s heartbeat with its ancient square and adjoining food and wine markets.

I am not a connoisseur of wine but Spanish rioja is excellent at 3 to 4 euro per bottle. In Madrid, in the grocery shops, I could find only Spanish wine. A bottle a day is bound to keep spirits high, ideally with fresh strawberries, ham and cherries. Bar Nakama, a hole in the wall, is run by the solitary English-speaking barman Robert. Nakama, he explained, meant “friend” in Japanese, though we never saw a Japanese in here. In his bar one could buy a glass of reasonable wine for 2 euro, which is accompanied by plentiful snacks and gratis. Excellent espresso coffee and Spanish beer were available, too.

All roadside cafes charge 1 to 2 euro extra for service except the chain 100Mantidelos, where self service rules, which is pronto. Madrid is not expensive like London and Paris or even  Brussels and Amsterdam. Though museums charge an average of 7 to 10 euros, many are free between 7 and 9 on some days and gratis all times for EU and Latin American nationals.

September is also the month for art, music and theatre festivals organised by DCode, supplemented by exhibitions and concerts by Arte Madrid and Appertura. World class bands, including Team Gallagher and Oasis, Broadway musicals,  English theatre artistes, flamenco dancers, singers and guitarists, all perform here. Bull fighting happens only between April and June but Spain stands divided on whether the sport should stay or be banned  altogether. Madrid boasts of a three Michelin-star restaurant Cairella Bistro that has a Valencian chef. The most famous landmark is that of a male Spaniard, leaning on a balustrade near Calle Allemedine and Calle Mayor June. Most tourists mistake the bronze life-size statue for real and brush past it whispering inanities and rubbing its bottom for good luck. They call him the good bum. Toledo is a world model tourist attraction. On a Sunday, it was bursting with human kind with tour guide-led columns crawling like ants. It takes an hour to reach the old capital of Spain, which is surrounded on three sides by River Tagus. From the moment one alights the bus, one is elevated to Plaza de Zocodover on a series of escalators rising 500 feet to reach the panoramic heights of the old city famed for a blend of three cultures.

Over a period of time, Christians, Moors and Jews lived together peacefully (not quite like today in West Bank in Jerusalem). A 10th century mosque, preserved for two centuries before it was turned into a chapel, is in good shape. Toledo’s cathedral, built in the 13th century contains El Grecho masterpieces of de-robing Christ. The bell in the tower weighing 30,000 kilos apparently rang only once as it caused a minor earthquake in which a 90-metre high clock had one of its needles disappear. A 14th century synagogue is well preserved in the Jewish quarter, next to El Grecho’s recreated house. Toledo is an experience of a lifetime. Equip yourself with a tourist map, the Es Madrid magazine and mucho gracias for your travel whenever you can plan one in the future.

Fast forward, Prime Minister Pedro Sanchez said on Monday that current measures of lockdown will extend beyond April 25 and schools will be closed till September. Like elsewhere in Europe, he has announced a sector by sector opening of the economy. Sunday saw the smallest one-day death toll, 410, since March 22, which means the curve is bending.