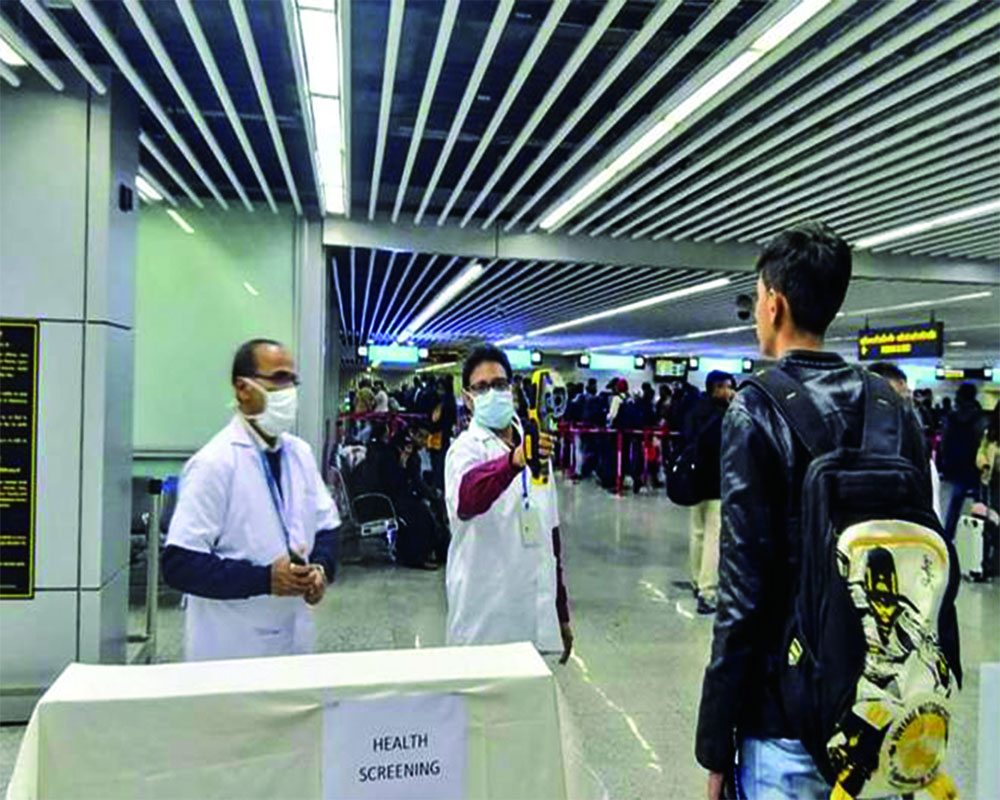 With nations across the world facing a critical test, India’s vibrant democracy and cultural generosity have created the synergy needed to face the challenges posed by COVID-19

Some contours of the post-Coronavirus world are clearly visible. The nation State has regained legitimacy; the case for free flow of refugees/immigrants across a borderless world has collapsed; and Governments are facing the critical test of whether they can rally their people behind them to overcome the disease. India has performed remarkably well so far, though critics may carp that steps taken in February and March could have been taken earlier. Perhaps, or as Maurice Maeterlinck mused: “It is easy for those who are wise after the event to see what ought to have been done when time has brought full knowledge of what was really taking place” (Wisdom and Destiny).

Doomsday accounts of Cassandras in reputed (sic) Western media and their acolytes in India have proved demonstrably false. India’s vibrant democracy and cultural generosity have created the synergy needed to face the challenges posed by COVID-19. Immediately after the lockdown was announced, civil society across the country rose as one to daily feed millions in every city, without discrimination; virtually every mandir, matham, gurdwara is at work. Five star hotels, dharamsalas and guest houses are providing quality accommodation for overworked medical staff. Even migrant labourers, who were misguided to leave Delhi or panicked and left other cities, have been provided for by citizens along the route.

The Indian Railways imaginatively converted unused bogeys into quarantine facilities. Research labs, companies and young engineers are innovating to make ventilators, splitters for ventilators, fumigation chambers, protective gear for medical staff, smart stethoscopes and sanitiser trunks. Households are making and distributing masks to the needy. In Pakistan, NGOs are denying food and rations to poor Hindus and Christians suffering from Coronavirus, an act that has angered even its Muslim neighbours. Long suffering Balochistan complains of neglect; medical staff lack Personal Protective Equipment (PPE) and quarantine facilities are disgraceful. The silence of the hyperactive international media is deafening.

What makes India’s response unique is the Union Cabinet’s decision to reduce salary, allowances and pensions of all Members of Parliament (MPs) by a whopping 30 per cent for one year, with effect from April 1, 2020. The President, Vice President and Governors voluntarily took a similar pay cut as social responsibility. The MP Local Area Development Scheme (MPLADS) has been suspended for two years (2020-21 and 2021-22); all money saved will go to the Consolidated Fund of India. This scale of personal sacrifice is unmatched in the world so far; even children have been inspired to give their savings (for bicycle, birthday) to feed the needy.

Most noteworthy is the speed with which India evacuated its stranded citizens, first from Wuhan (epicenter of the outbreak) and then from other cities: Milan and Rome; Tehran; Manila and Singapore. Of the 890 people evacuated from COVID-19-affected countries, 48 hailed from the Maldives, Myanmar, Bangladesh, China, the US, Israel, Madagascar, Sri Lanka, Nepal, South Africa and Peru. They were evacuated at the request of their Governments.

Special efforts were made to rescue 124 people quarantined on board the Diamond Princess, the cruise ship off the Japanese port of Yokohama, which included five nationals from Sri Lanka, Nepal, South Africa and Peru. India did offer to rescue Pakistani students from Wuhan but Islamabad rebuffed; seven Maldivians were evacuated.

Prime Minister Narendra Modi held a video conference with leaders of the South Asian nations and launched a fund, with an initial contribution of $10 million, to check the spread of the pandemic in the region. India also responded to requests for emergency medical equipment from Bhutan and the Maldives. The country also participated in the G-20 video conference to discuss containment strategies and the economic impact of the outbreak, especially unemployment.

Our country has already taken the lead in the struggle to develop a vaccine and on April 11, the Department of Science and Technology agreed to fund Seagull BioSolutions Pvt Ltd to develop Active Virosome Vaccine and Immunodiagnostic kits for COVID-19. As the largest manufacturer of hydroxychloroquine (HCQ), currently considered a life-saving drug for fighting Coronavirus, India is supplying it to 30 countries, including the US, and ramping up production for future needs. However, the active pharmaceutical ingredient (API) used to manufacture HCQ comes from China, which continued supplies throughout the crisis but in the coming days, we will have to revisit our domestic manufacturing strategy.

The anti-tuberculosis BCG vaccine is emerging as another potential cure. India’s low death rate is said to be due to its universal immunisation schedule that includes BCG and a fair amount of population immunity to malaria. An ongoing research at the New York Institute of Technology shows that countries that discontinued the BCG vaccine (the US, Italy, Germany, Spain, France, Iran and the UK) have proved very vulnerable to COVID-19.

Comparisons are undesirable at this apocalyptic moment in human history but given the uncalled for attacks on India from some responsible quarters, some points are in order. India saw its first case of Coronavirus in the last week of January, around the same time as Europe and the US. After initially claiming the disease would go away on its own, US President Donald Trump said on March 30 that administration estimates show that COVID-19 could kill 100,000 to 200,000 people in America and such a toll would indicate that his administration has “done a very good job.” Imagine an Indian leader saying such a death toll is acceptable and surviving. At the time of writing, the world had 1,853,327 cases and 114,250 deaths; India had 9,152 cases and 308 mortalities.

The pandemic has inflicted deep pain, disrupting incomes of those dependent on daily wages, creating havoc among  small businesses and manufacturing units and triggering mass unemployment. Sadly, India is looking at an extension of the three-week lockdown imposed on March 25 because thousands gathered at the Tablighi Jamaat Markaz in Nizamuddin, Delhi, including 280 from Malaysia, Indonesia, Saudi Arabia and Kyrgyzstan, to attend a meeting on March 13, defied prohibitory orders.

Many left and spread the disease to other States and countries. Police escorted some to the airport after the March 22 janata curfew but they returned surreptitiously; the authorities were called only on March 30 after one person died. Thereafter, the behaviour of many in hospital has been unmentionable. Yet, Indian medical staff have served them with exemplary dedication and moral fortitude; all talk of the “sectoral targetting of a particular community” is invidious and deserves outright condemnation.

(The author is a senior journalist. Views expressed are personal.)