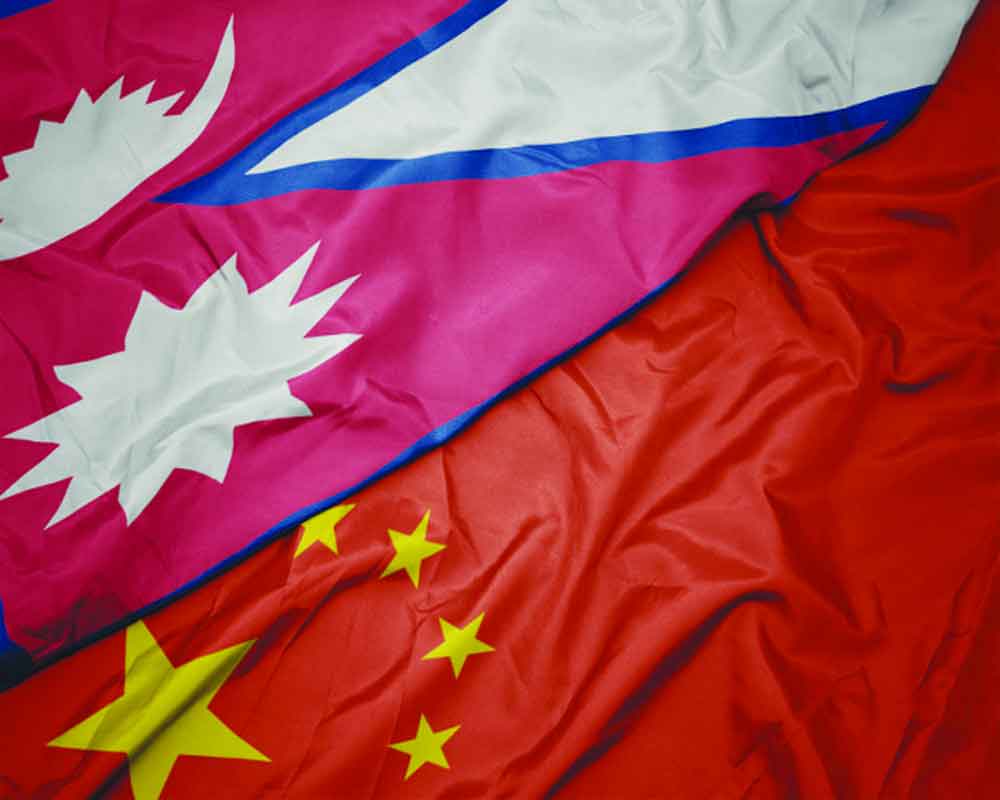 Admittedly, India’s relations with its immediate neighbours have in recent times been uneasy primarily because of two factors. One, the Chinese economic suzerainty in smaller nations through a colonising project of debt-trapping and infrastructure-building called the Belt and Road Initiative. Second, India’s over-dependence on historical, spiritual and geographical connect as a leitmotif of diplomacy instead of nurturing bilateral relations on more favourable and equal terms or defusing anxieties that smaller nations are bound to feel. China’s rapid engagement with the political leadership of each country around us has meant that each is now leveraging its strategic importance vis-a-vis India. And the economic largesse of China has meant that each nation, while paying lip service to historical ties with India, is working with Beijing for mutual benefit. This is one of the reasons why relations between India and Nepal have been sliding in recent times despite the latter’s Hindu kingdom origins, something which was supposed to find resonance with the pro-Hindu tilt of the Narendra Modi regime. So it is no rocket science to understand why Nepal, which has always stayed within the broad framework of talks to settle border and trade issues, turned viciously aggressive overnight over an Indian road link that’s intended to smoothen pilgrim flow to Kailash Mansarovar near the Lipulekh pass. Nepali Prime Minister KP Oli has not only claimed India overstepped territorial sovereignty but even outrageously accused it of exporting a far more deadlier strain of COVID-19 than the Wuhan variety. Though there is a long history of both nations making claims and counter-claims over this area, according to a 1954 treaty signed between them and China, Lipulekh pass is very much an Indian gateway. But overriding it, Nepal released a revised political and administrative map showing Limpiyadhura, Lipulekh and Kalapani under its territory, although India released a precise map of the area last year. Reportedly, Nepal is even planning a special resolution in Parliament demanding the return of Kalapani, Limpiyadhura and Lipulekh. Yet just a few days ago, Nepal Foreign Minister Pradeep Kumar Gyawali claimed that efforts were on to resolve the border issue with India through diplomatic initiatives. Besides, work on the road has been going on for a while and if Nepal had extreme reservations, it should have gone ballistic earlier, not now. Clearly, the timing of this shadow-boxing on China’s behalf at a time when India is stretched by the COVID-19 pandemic at one end and the Chinese standoff in Ladakh at the other, smells of a larger pincer attack to compromise our bargaining power.

Given Nepal’s increasing Chinese-inspired confidence, India should have seen this coming and worked the ground. Perhaps, it should have gone slow on the announcement of inaugurating the road in the middle of the pandemic. While India may have bet on Oli’s weakening position within the Nepal Communist Party (NCP) recently, facing as he did a challenge from seniors and former Prime Ministers Pushpa Kamal Dahal “Prachanda” and Madhav Kumar, China swiftly stepped in to mediate between all three. The result, a re-energised Oli and India’s failure to prop up the rivals. Further confirmation of China’s diabolical plot came from the US administration, which lashed out at it for its “disturbing behaviour” in fomenting border tensions. Point is, a beleaguered China will try every trick in its playbook to re-establish its global dominance as even with companies moving out from there post-Wuhan, it will still have the world’s largest factory floor. Its only Achilles’ heel is the war of perception, one where nations around the world are seeking an independent inquiry into allegations that it hid information about the contagion and its source. China, which is also on an acquisition spree in COVID-distressed economies around the world, is upset with India for stopping aggressive takeovers of weakened domestic companies. It has already hit back at Australia for spearheading the neutral inquiry demand into the Wuhan contagion by imposing rude tariffs on barley. By using Nepal as a pawn, as it has Pakistan all this time, and hot-stepping in Ladakh, it is reigniting the Himalayan border in the middle of our critical fight against COVID-19 to compel us not to be part of an anti-China narrative. This despite India being fairly silent about China’s complicity in the contagion and the sub-standard test kits it sent us. India rightly ought to be protectionist about building self-sufficiencies going forward. Meanwhile, it ought to invest itself politically and economically in Nepal, particularly because we share an open border and our labour forces contribute to each other’s economy. China is no longer a hovering presence but a shroud enveloping Nepal. With over 90 per cent of foreign direct investment (FDI) from China,  transportation and commercial links, the Nepalese youth are scenting newer opportunities. And Nepal’s growing trade deficit with China means that it will have no option but to become an economic serf, listening to the dictates of the new master.