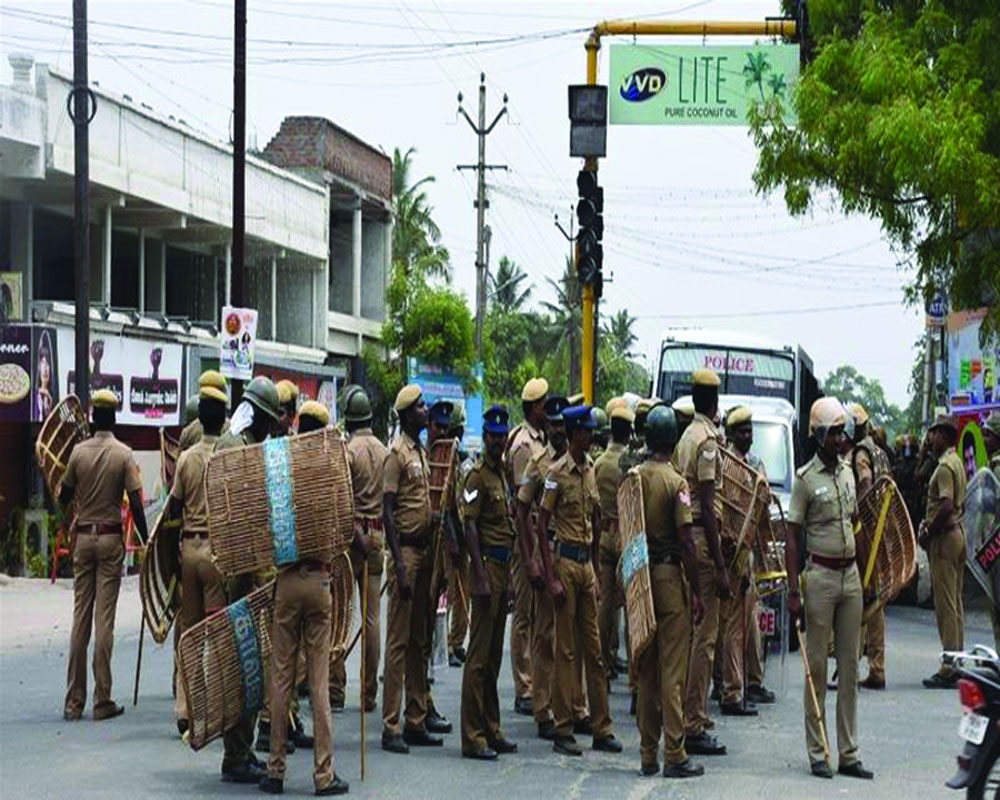 For the sake of better governance, police reforms are a must. But more than anything else, our forces need an attitudinal change. The police-public relationship needs an overhaul

Sir Robert Mark, a legendary police officer in the UK, who cleaned the Metropolitan police of corruption and who was subsequently knighted for his efforts, narrated an episode that stayed with him throughout his career as an officer. As part of his job, he was required to serve an internment order on an Italian waiter, who had lived in Manchester for over 30 years. Sir Robert Mark met the waiter and reported that he was harmless. The waiter was nonetheless deported as an “enemy alien.” Eventually, he died on a transport ship that was torpedoed by a U-boat. “That experience taught me there was neglect, carelessness and worse in the police system,” he wrote later. “It was a lesson I never forgot.”

Coming to the Indian police system, the one thing that I can say with some certainty is that there is no shortage of such experiences that can serve as a wakeup call for its officers. To Mark’s words, I would like to add that there is not only “neglect” and “carelessness” in the Indian police system but a heavy dose of “malice”, too. A recent horrific and brutal crime in Tamil Nadu brought this aspect to the fore. As per reports, on June 19, a trader, Jayaraj and his son, Bennix, who ran a mobile showroom, were at their shop when the Sattankulam police picked up the former and started assaulting him. When Bennix intervened, the police beat both of them mercilessly after taking them to the police station. The officers brutalised Bennix by allegedly inserting a baton into his anus. This triggered uncontrolled bleeding, which led to his death. His 60-year-old father was not spared either and was declared dead 10 hours later. The story is a brutal one but hardly unique in its brutality or display of violence by the police. A report published by the National Campaign Against Torture (NCAT) noted that a total of 1,731 people died in custody in  2019. This works out to roughly five people a day.

This is indeed a shocking number only if one is unfamiliar with the long, painful history of police brutality in India. But for anyone, who pays even little attention to the news, given the trend of police brutalities, hardly a day passes without a report of atrocity or impropriety. They may not always be as brutal as the Tamil Nadu incident but there are thousands of instances of police malice that are not even registered or those that do not show up on our radar until it culminates into a brutal killing and perversity. Take the example of an incident in Uttar Pradesh, where a station house officer (SHO) of Bhatni police station was suspended for masturbating in front of a woman who sought to register a complaint. Thankfully, the Uttar Pradesh police registered an FIR in this case.

However, there are innumerable such cases where perpetrators of horrific crimes are policemen themselves and no FIRs are registered. In terms of action, the numbers back up the view that the police do not take crimes committed by themselves seriously. According to the National Human Rights Commission (NHRC), 3,146 people died in police and judicial custody in 2017-18. There have hardly been any convictions for these deaths though. This isn’t surprising and even in the case of Bennix and Jayaraj, reports state that police officers have shown reluctance in coming forward to the station where the horrific incident occurred. This kind of behaviour must change.

So how do we bring about behavioural change? How do we stem the rot that seems to be entrenched among our officers? How do we fix the system, where powerful officials abuse their position and take the form of the very criminals they are supposed to apprehend?

The role of the judiciary in ensuring that justice is done and that investigation into custodial deaths is not compromised in such cases is crucial. One would also welcome anti-torture legislation. To this extent, the legislature can also contribute. However, in my humble opinion, the lack of a specific law is not the reason for an unabated rise in crime and criminals in an institution that I was proud to serve for many years. The Supreme Court’s string of judgments between 1986 and 2015 in DK Basu vs State of West Bengal, “created a valuable and seamless web of legal principles and techniques to reduce custodial death and torture,” as was explained by distinguished lawyer Abhishek Manu Singhvi, who was amicus curiae in the matter.

The judgments inter alia detail procedural safeguards that must be followed, including the carrying of name tags by police officers, the preparation of an arrest memo which is to be attested by a family member or a respectable member of the locality among others. There are also directions to set up State Human Rights Commissions where there were none; to fill up vacancies that may already exist; and to set up human rights courts under the NHRC Act. I have merely tried to sum up the position and there are a lot more guidelines and directions in the judgments mentioned above. Therefore, the lack of a law on the subject is not the issue at hand. In fact, our immediate response to heinous crimes is often straight to an amendment of an old law or induction of a new one. This had happened with reactions calling for the death penalty in cases of rape as well. While I support the sternest action against rapists, we tend to ignore the fact that more than 90 per cent of the cases involving sexual abuse is perpetrated by the family members themselves or people known to the victim. By imposing strict penalties, rarely has the benefactor been the victim or society but the perpetrator himself since victims are more hesitant to report crimes with such strict penalties.

In the case of custodial deaths, too, our immediate reaction should be proper implementation of the current law rather than implementing a new one and then forgetting about it. We would make a heavy dent in arresting criminal behaviour if we: (i) Manage to ensure that FIRs are registered by the police against their own personnel. This is a Herculean task because getting an FIR registered against a criminal outside the police force is hard enough. (ii) Place CCTV cameras in police stations. (iii) Reward  police personnel, like the DGP of Orissa who dismissed and initiated a Crime Branch inquiry against an inspector who was accused of raping a 13-year-old girl.

This accountability, however, is not limited to the police. Often, the reason why police officers are allowed to get away with murder is because custodial deaths are categorised as deaths due to suicide or due to natural causes by the doctors who conduct the autopsy. This is an abject failure on the part of the medical professionals who conduct the autopsy of victims and issue such reports, presumably under duress or for bribes. Such doctors allow these crimes to go unacknowledged and unregistered. The strictest possible action must be taken against such people who should be treated as accomplices to these crimes.

There is a certain segment in the force who will argue that the Indian police suffers because of the lack of attention. With all of these safeguards, catching criminals will be near impossible. This suggestion can only be scoffed at. On the first point of providing support to the police, I have written in the past as well, that the police suffers from a lack of funding, a lack of training, non-implementation of reforms etc. But here, too, police officers need to demand change from their political masters instead of cushy or powerful posts. Furthermore, political parties should be questioned why they have not implemented police reforms if indeed they are serious about tackling police violence and corruption.

On the second point of how the above-detailed safeguards prevent the police from doing their job, the fact is that these checks and balances only prevent actions that are violently criminal in nature. They are in place precisely so that actual criminals are apprehended on the basis of evidence and good police work, rather than due to a signed confession by a suspect beaten to a pulp. We must remember that in order to truly tackle the problem, we need to change the mindset and confront the criminals within and, therefore, harbour the same ambition that Sir Robert Mark had for the Metropolitan police, “To arrest more criminals than we employ.”

(The writer is a former IPS officer, a former MP and currently a member of the AAP)