The land of tech

The land of tech 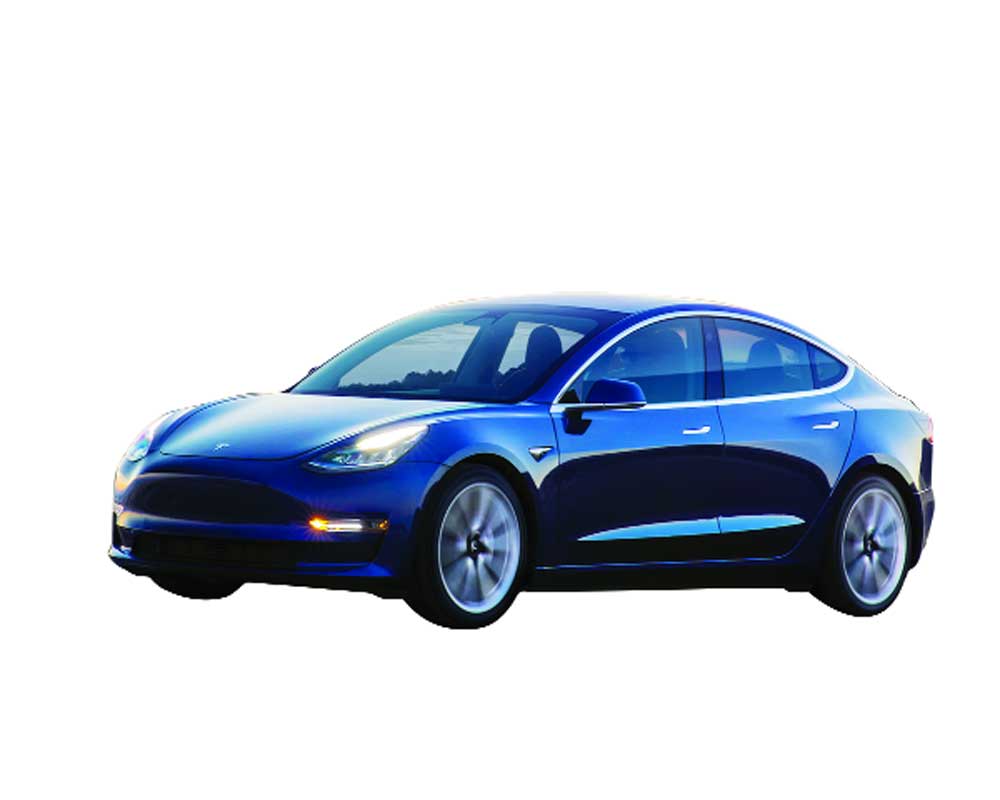 Make no mistake, the future of car technology will be driven by the United States. Tesla has made sure of that

Many years ago, when I used to write extensively on mobile phones, I used to interact a lot with some European phone-makers, particularly the market leader from Finland. They used to pooh-pooh American mobile device makers. After all, European phones were more tech-savvy, loaded with million features and what not. Then, almost exactly 13 years ago, Steve Jobs got on stage and introduced the iPhone which changed everything as we know today. But I remember that in my previous organisation, I interviewed the chief executive of that Finnish phone-maker. And while this was before the iPhone came onto the market. After it was showcased, he quite clearly expected it to fail. After all, what did an American company know about making phones? Now, hindsight is always 20:20 that the chief executive was right that the devices that his company made were miles ahead of the first iPhone, technologically. But the iPhone had a completely intuitive touch interface, which became the game-changer and Americans loved it. It is only when you visit the United States, and in my case this yet another visit, that you realise how much larger the American market is. Its sheer size is massive. European phone-makers might have pooh-poohed Apple, but Apple broke the American market and iPhones started appearing on screens. It became the must-have device.

I am bringing this up because during my last trip to the US, I experienced the Tesla Model 3. And despite all the stories I had read about the production difficulties that Tesla is having and the Twitter tirades of “wannabe” Bond villain and Tesla chief executive Elon Musk, it is only when you experience the Model 3, you realise that some European carmakers have a serious problem. I did not take a car from Tesla, instead I drove and was driven around in my brother-in-law’s Model 3 in and around the Seattle Metropolitan Area in the Northwestern US. The excitement that he showed with his car made it obvious that he was a brand evangelist. But after driving around for a while, not just someone like me, who is plugged into the automotive industry, but anybody would understand why the Tesla Model 3 is such a game-changer.

The vehicle is the electric carmaker’s “cheap” car, priced at around $50,000-60,000 (Rs 36 lakh to Rs 45 lakh) on the road. It is a lot more affordable than the Model X Sports Utility Vehicle and the Model S large sedan, both of which cost upwards of $100,000 (Rs 75 lakh), and competes against cars like the BMW 3-series, Mercedes-Benz C-Class and Audi A4 in terms of size, functionality and price. And when you get into a Tesla for the first time, you realise how basic it is inside. This is nowhere near the luxury and the button-heavy nature of the current BMW 3-series. There are a couple of rotary dials on the steering wheel, power window switches and painfully small buttons to open the door and that is it. Oh yeah, there is a giant touchscreen as well, and the most intuitive voice-activated controls on any car. Sure, other cars have touchscreens as well but Tesla’s system is the smoothest and best system I have ever used, and for this I have to praise their software and user experience engineers. The user interface actually feels proper and the voice activation works. Believe me, try and use voice activation on some newly launched cars in India and you will get where I am coming from.

I drove (a bit) but the traffic in the United States is so well-behaved that I let the car drive. Tesla’s “Autopilot” genuinely has to be experienced to be believed. I have used automated lane-tracking and radar-assisted cruise control systems on BMWs, Mercedes-Benz, Audis and Volvos in Europe and the Middle-east. Nothing comes close to Tesla’s camera controlled system, which actually “sees” cars in and around you using an array of cameras mounted all over the car including the B-pillar between the front and rear doors. No other commercially available car has a system where the car decides to change to the fastest lane. And acceleration was stunning, even in the single-motor model I drove (there is a sour-wheel drive dual-motor model as well).

Yes, range is an issue. Even on the long-range version that I experienced, both, not just with my brother-in-law but also other friends in Seattle. The stated 300 miles (approximately 500 kilometers) of range is a more “real” 180 miles (300 kilometers) on a single charge, much like the electric cars available in India today that claim around 300 kilometers of range but have a more realistic 200 kilometers. But users understand that if you use features such as the autopilot, you drain the battery sooner. However, in the tech-corridor of the United States between San Francisco and Seattle, where Tesla sales have skyrocketed in the past few months (these two cities are the largest markets for Tesla) there are lots of public chargers and superchargers. The latter allow you to charge the car to 75-80 per cent in about 15-20 minutes. All the while, you can be watching your favourite show on Netflix. Sure, you can’t do a cross-country drive on a Tesla just yet but across the world most cars are used for daily commuting. And one will rarely use more than 50 percent of the battery in a single day.

I left Seattle mighty impressed with the Model 3, it might be too much for India and if import duties are not rationalised, it might never come to India, but it shows what the future of vehicles will be. The future will be driven by software and simplicity. While it might be too soon to determine whether battery-electric or hydrogen powered fuel-cells will drive the cars of the future in India, the future is already here in the United States. And more than the Model 3, I also left Seattle with a whole new impression of Elon Musk, he should stay off Twitter possibly, but as a visionary, I don’t think anyone else comes close.