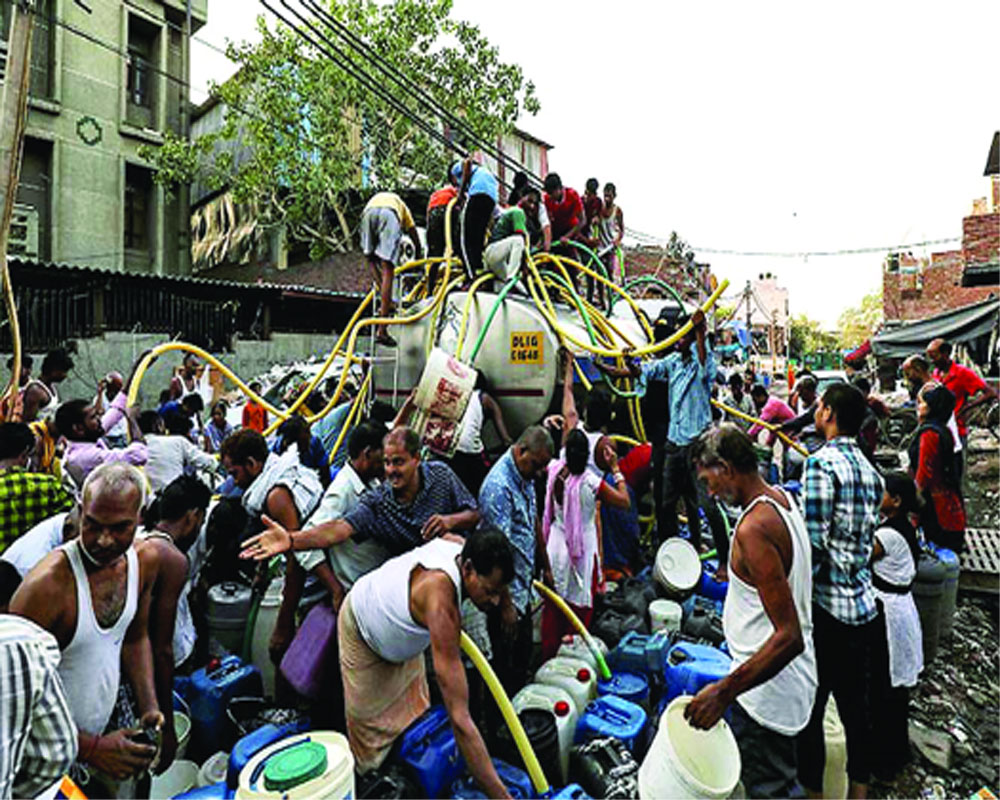 Owing to the Novel Coronavirus outbreak, 2020 has been labelled as the year of morbidity, increasing inequalities, decimated lives and livelihoods when, ironically, it was to be the year of ushering in ambitious deliverables under the Sustainable Development Goals (SDGs). The United Nations Department of Economic and Social Affairs (UN-DESA) has reiterated the necessity of fulfilling SDGs for development, post-COVID-19 recovery and also for ensuring preparedness for a new and monumental crisis of global climate change. In view of this, it is pertinent to draw an SDG-level map on how India can walk this delicate path with enriching prospects.

Languid demeanour towards the SDGs: With respect to SDGs one and two, that deal with the goals of “No poverty” and “Food Security”, India already ranks low on the Global Hunger Index (102 out of 117 countries). This is way below all its neighbouring countries. Child wasting in India is the highest rate for any nation in the world at 20.8 per cent and child stunting is at 37.9 per cent. Even Bangladesh has seen stunting decline from 58.5 per cent to 49.2 per cent between 1997 and 2011. Nepal has seen a drop in stunting from 56.6 per cent in 2001 to 40.1 per cent in 2011. India’s score on hunger is 30.3, which means it suffers from a level of hunger that is “serious.” Even the Food and Agriculture Organisation (FAO) has stated that over 200 million people in India remain chronically undernourished. SDG three, pertaining to “Good Health and Well-being”, already finds about 1.3 billion people having limited public health facilities, let alone the sophisticated treatment needed for saving the life of a COVID-19 patient. The Indian healthcare sector manifests a poor score in terms of the doctor-patient ratio. There is one doctor for every 1,445 Indians as per the country’s current population estimate of 135 crore, which is lower than the World Health Organisation’s (WHO’s) prescribed norm of one doctor for 1,000 people.

India also has an acute shortage of hospital beds with the National Health Profile, 2019, data showing that there are a total of 7,13,986 Government hospital beds available in the country. This amounts to 0.55 beds per 1,000 population as against the WHO’s recommended standard of five beds per 1,000 population. If we were to include in-patient beds available in private, general and specialised hospitals and rehabilitation centres, this number goes up to 0.7 beds per 1,000 as per World Bank data.

The rural health infrastructure is in a sorry state as 60 per cent of the Primary Health Centres have only one doctor while about five per cent have none, as per the Ministry of Finance statistics. This is in stark contrast to the urban milieu which has nearly 60 per cent of all healthcare professionals working for 30 per cent of the population. The India State-level Disease Burden Initiative — which is a collaboration between the Indian Council of Medical Research (ICMR), the Public Health Foundation of India (PHFI), the Institute for Health Metrics and Evaluation (IHME), experts and stakeholders from about 100 institutions across the country — states that an increase in the number of diseases like diabetes, cardiovascular illnesses in the nation since 1990 is likely to increase the fatality risk of COVID-19 patients. Emerging evidence has revealed that Type-1 diabetes may be triggered in COVID-19 patients, who had otherwise been non-diabetic.

In terms of SDG five (Gender Equality), India ranks a dismal 122 out of 162 countries in the Gender Inequality Index. Meanwhile, the lockdown scenario has witnessed an almost two-fold rise in domestic violence cases, according to data shared by the National Commission for Women, a concern already raised by both WHO and UN Women.

SDG six (Clean Water and Sanitation) is in the doldrums with 163 million people in India without access to clean, drinking water. About 82 per cent of rural and 60 per cent urban households do not have piped running water, meaning juxtapositioning availability, accessibility of water and social distancing needs amid the pandemic.  The outbreak has impacted the informal sector the hardest, where more than 80 per cent of the labour force of the country is employed. This part of the workforce is likely to drop deeper into poverty. Taking on SDG eight (Decent Work and Economic Growth) and SDG 10 (Reduced Inequalities), India has been witnessing jobless growth as reflected in the Periodic Labour Force Survey (NSSO, 2017-2018) data, exhibiting the shrinking share of the labour force to 49.7 per cent in 2018 from 55.5 per cent in 2012 and rising unemployment.

To make matters worse, the lockdown left about 96 per cent of the migrant labourers stranded, wherein 90 per cent had no wages and 70 per cent had less than Rs 200  ($3.89) in their pockets, causing many of them to eventually return to the hinterland, generating a large pool of unemployed workers.

SDGs as building blocks to development and post COVID-19 recovery: Contextual mapping of State performance under the SDG realm has been captured through the many indices that the NITI Aayog has released, such as the Health Index, School Education Quality Index, Composite Water Management Index and the SDG Index. These have culminated towards understanding State-level performances in these core sectors through self-assessment of needs and gaps, identification of State-specific priority sectors, informed policy planning, skill development and vitalising competitive federalism.

The National Indicator Framework developed for State rankings on SDGs by the Ministry of Statistics Planning and Programme Implementation (MoSPI) can serve as a guidebook to improve performance. Further, all the spokes of SDGs need to be adhered to, including capacity and skill-development, financial support for planning and implementation, and a long-term outlook on sustainable and inclusive development.

Beginning with SDG three, the total expenditure (out-of-pocket and public) on healthcare needs to be scaled up from the current 3.6 per cent of the GDP, which is much lower than the average of Organisation for Economic Co-operation and Development (OECD) countries, which ranges from eight to 17 per cent. While schemes like Ayushman Bharat have served as an important tool, investments through the Public-Private Partnership route should be pursued in other aspects of the sectors and also in building localised healthcare infrastructure steadily through greater devolution of power and finances to local governance.

For SDG eight and 10, welfare schemes such as the Mahatma Gandhi Rural Employment Guarantee Scheme (MGREGS) need to be incremented with sustained budgetary allocation. During the pandemic, a notable step in that direction was taken by the Union Ministry of Jal Shakti when it decided to employ the homeward-bound migrant labour force in work related to groundwater rejuvenation, irrigation and water conservation. However, there are reports that around 1.4 lakh families have reached their annual work limit under the Act. They are now pushing for wage rates to be increased and provided on an individual basis rather than on the basis of households. In the short-term, finalisation of labour law reforms to coalesce the disaggregated ones (there are around 50 Central laws) and increase of social security coverage, while working towards a greater degree of formalisation in the economy and an emphasis on labour-intensive sectors, like apparel and footwear in the medium-term, would address the challenges facing the sector. For a long-term outlook on SDGs, contributions towards SDGs must be practised at the individual level, be inclusive and mutually beneficial.

The current crisis has recalibrated lifestyle patterns to encourage individuals into practising minimalism and sustainable consumption, which is a crucial step in the direction of endorsing SDGs in the long-term, keeping in mind the emerging global threats in the form of climate change and resource scarcity. Moreover, mainstreaming issues of gender equality, education and environment protection in the larger policy framework can help accomplish multi-faceted results on the SDG front.