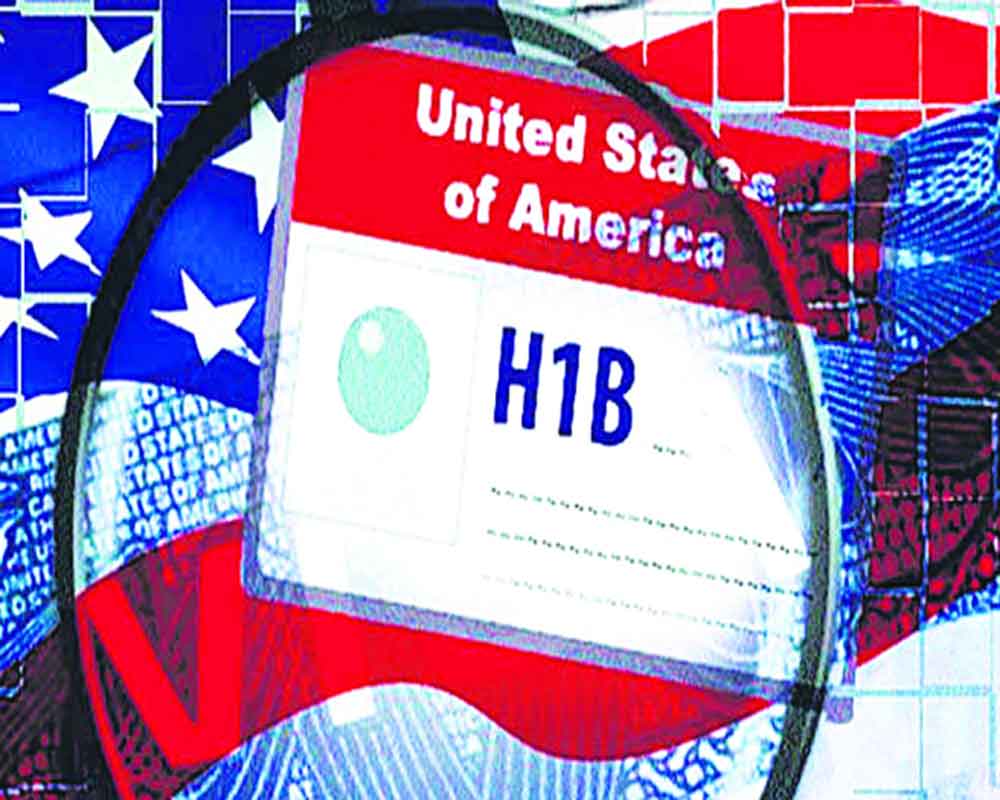 It has not been a great couple of weeks for US President Donald Trump. As the “Black Lives Matter” protests have gathered steam following the brutal murder of a Black man, George Floyd, by a White  Minneapolis police officer, Trump has been floundering, incapable of leading the reconciliation his nation desperately needs. Indeed, he has been pressing all the buttons that will lead to greater factionalism, possibly worsening the crisis. As he remains at odds with the US Congress as well, he has taken to ruling by executive fiat. While his options might be limited, he can take action on immigration. Trump’s crackdown on the US’ southern border with Mexico has led to much human tragedy as well as a realisation that hundreds of those trying to sneak into the country from Mexico are from India. But now he wants to act against letting legitimate visa holders, particularly those on H-1B work visas, into the US in order to protect, preserve and even benefit American jobs. Particularly since millions of Americans have found themselves unemployed as the pandemic ripped through their economy. The COVID-19 outbreak and the economic downturn it engendered have swelled the ranks of unemployed Americans by more than 14 million, from 6.2 million in February to 20.5 million in May 2020. Trump has been a vocal critic of the H-1B programme. He had once vowed to “end forever the use of the H-1B as a cheap labour programme” and make it “an absolute requirement to hire American workers first for every visa and immigration programme” without any exception. But during the first three years of his presidency, the US economy created more than 6.5 million jobs. This weakened the argument that H-1B workers are depriving US citizens of livelihood. But now with the pandemic, as more than 33 million jobs have been lost, voices against H-1B are being raised more than ever. Recent data released by the United States Citizens Immigration Services revealed that the denial rate of this visa has soared since Trump took office.

The H-1B visa issue is particularly an emotive one in India. Thousands of Indian Information Technology (IT) professionals have used it as a lifeboat to migrate to the US and create a better life for their families. With more than half a million H-1B workers in the US, India is one among the main beneficiaries of these temporary work visas. According to reports, India is the only country that takes 70 per cent of the 85,000 H-1B visas applied annually. Not surprising then that IT firms such as Tata Consultancy Services, Wipro and Infosys have become behemoths. But with employment visas being suspended, these firms will be forced to increase local hiring. This would, in turn, eat into their margins. While Trump’s administration has cracked down on these companies using the H-1B route since 2017, it is still used by large American tech firms such as Google, Microsoft, Facebook and Apple to bring in the best and brightest of Indian talent to the US. And in the case of the latter, it is clear that they are not just bringing in “cheaper” talent but the “best” one. This is where Trump’s order might end up impacting American technology firms badly. The reason why those large corporations have not been hiring “Americans” is quite clear, they do not feel that America has enough talent to be hired. By restricting the entry of H-1B and other technical and work visa holders into the US, Trump might end up damaging American interests rather than helping them. As economies across the world remain in critical mode, thanks to the Corona pandemic, the US would need more such talent for its economy to rebound.