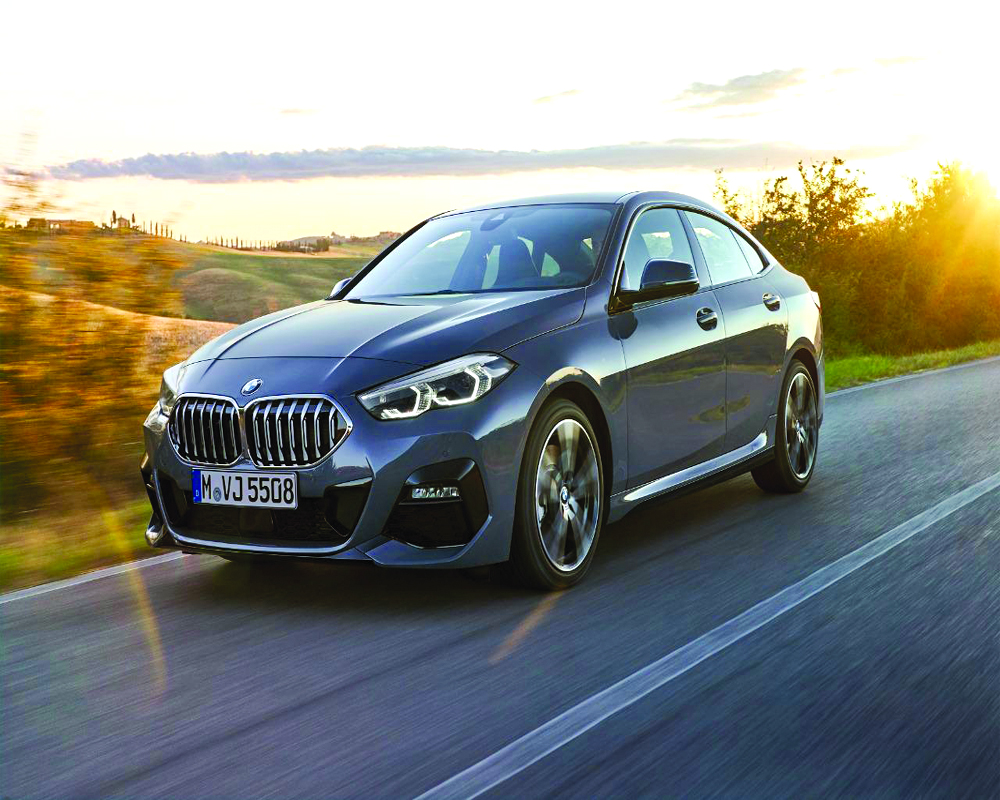 The new reflects the old

In the wake of LeBron James winning his fourth NBA title with the Los Angeles Lakers the inevitable comparisons between him and Michael Jordan began again. After all, Jordan’s Chicago Bulls won six titles in the 1990s. Earlier, this year, when sports was shut, Jordan reminded us of his and his team’s greatness with the Netflix documentary The Last Dance. It is often disingenuous to compare people from two different generations because over the years, the rules and standards have changed. Yet, they are easy pegs for a story. Personally, as much as I love Jordan and the Bulls, LeBron has achieved his success on different teams with different coaches and supporting players in today’s hyper-competitive age where he has won against the dynasty of the Golden State Warriors.

Basketball players and other athletes are one thing, but what about cars? Is it fair to compare cars from even the 1990s to cars in 2020? Keep in mind, we had completely different notions of safety, technology and even luxury back then compared to today. But because cars from that era were so much lighter, electric seats for example didn’t exist and nor did the heavy-duty and weighty motors to run them. They were so much more enjoyable to drive, light and sharp around the corners. Sure, advanced variable geometry turbochargers didn’t exist either and if you told someone in 1995 that a two-litre diesel motor would produce close to two hundred horsepower, you’d be sent to the funny house.

Cars, like athletes, are the products of their eras. As much fun as I have driving old cars, I like having digital displays, ventilated seats and music on demand. After all, the average commute takes longer today despite more roads around and I want to be comfortable. I don’t mind having a bit of fun on weekends but honestly for most buyers they’d be quite happy to sacrifice fun for convenience and comfort. But then, I recently drove the BMW 220d Gran Coupe and you realise that you do not always have to make that sacrifice. Yes, this is the first front-wheel drive BMW sedan to go on sale globally (the F52 1-series sedan was a China-only product) but the driving dynamics and engine performance of this car is spectacular. I wanted to take this car out more and the 24-hours I had with it were painfully short.

I’m not saying that other BMW’s are not comfortable as well as sporty, but this 220d had a great combination of performance and comfort. And much like LeBron’s domination of today reminds people of Jordan, the F44, the model code for the 2-series Gran Coupe reminded me of the 1990s E36, the model code for the 3-series of that era. That was a brilliant car to drive, but this one conforms to all the safety features and creature comforts of our age. Heck, the digital instrument cluster on this car is a revelation with BMW’s integration with Apple CarPlay being the best of any car.

Yes, at Rs 39.3 lakh if there is any problem with this car other than the fact that there is no petrol engine variant at launch, it is the price. In fact, the M Sport line variant I drove with adaptive suspension cost Rs 41.4 lakh, far too close to entry-level variants of the 3-series (in fact, BMW India has a fantastic offer on the 3-series GT right now). Personally, the 2-series Gran Coupe is more fun than the 3-series even with the same engine. BMW India is offering some attractive finance and buy-back offers for those who buy this car. Also, BMW is smartly loading even the ‘Sport’ line variant with a lot of creature comforts and even smartphone integration (the base ‘Sport’ line variants on many BMW’s do not have full smartphone integration). But my honest bottom-line is that I loved this car.

Nice but all about the badge

Over at Audi, things have been a bit challenging over the past few months. The company has refreshed their range of performance cars, the RS7 and RSQ8 have made it onto Indian shores but pickings are slim for the time being. The A3, A4, A5, Q3, Q5 and Q7 are currently not on sale as BS6 versions of all those cars are pending. With Audi’s corporate parent Skoda Auto Volkswagen India Private Limited deciding to withdraw from diesels altogether, Audi has been unable to access a large proportion of the luxury car market that continues to swear by diesels, albeit a number that is decreasing.

So it was a pleasant surprise when I discovered that Audi is bringing the Q2 into the Indian market. No Q3 meant that Audi was missing the critical entry-point product, this might help the carmaker. Now, there are some top-of-mind issues with the Q2. First and foremost, the car being launched in India is not a new model, it has been in the market for four years globally and as such is similar in size and overall kit to the recently launched Skoda Karoq and Volkswagen T-Roc. Unlike those cars which have a 1.5 litre 150PS turbocharged petrol engine, the Q2 has the 190PS 2-litre petrol engine.

And that shows when you take the Q2 on the road, it is fast and how! While it is ostensibly an SUV, even with Audi’s Quattro all-wheel drive system, it handles very well indeed. So it ticks the boxes for lightness and agility, and it also has a decent amount of kit with the ‘Virtual Cockpit’ display, which on the Q2 is a lot better than the T-Roc for example, (I’m yet to drive the Karoq), this is a fun car to drive. Of course, the question — whether it will be worth the extra dosh you will payout for the additional 40PS of power — is the pertinent one. Of course, there is the power of the Audi badge, which touchingly is colloquially known as Char Choori in North India. The baby Q2 has badge value that its siblings do not have. With Audi throwing in free service and maintenance for five years, if you pre-book the car, it becomes a better value.

What is interesting though is Audi’s strategy in India. So far in 2020, they’ve addressed the top of the market and now, the Q2 addressing the entry into the luxury market. Of course, this has been made easier with the decision to allow limited volume imports into India without the need for homologation. At the time of writing I didn’t know the price of the Q2, but it ought to be an attractive entry-point to brand Audi.