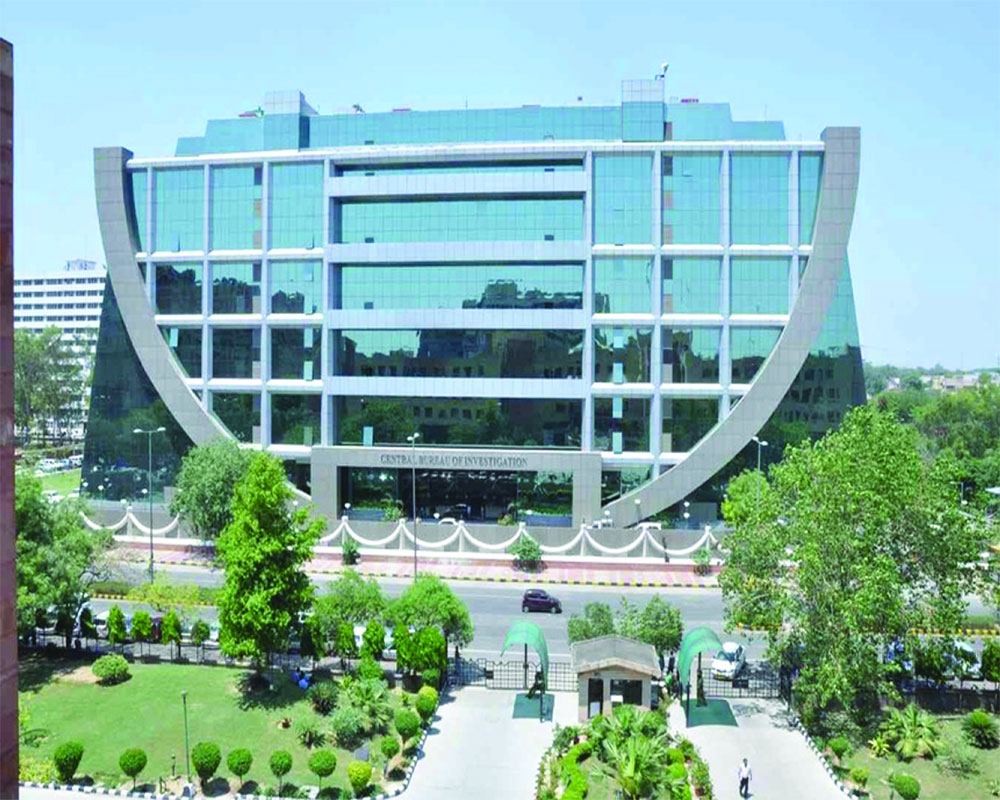 India’s premier investigation agency, the Central Bureau of Investigation (CBI), is now passing through the worst crisis it has ever faced in all the years of its existence. In the past, the agency has often faced allegations (especially when handling politically-sensitive cases against Opposition or rival party leaders), of working at the behest of its political masters at the helm of affairs at the Centre. To the extent that it has often been called a “caged parrot” by the judiciary and the media. However, now the woes of India’s premier investigation agency seem to have multiplied with eight non-BJP ruled States banning its entry into their territory. The CBI is the Central Government’s anti-corruption agency and its main activity is to check corruption or illegal activities in Central Government departments, Central Government PSUs, banks and so on. However, the major  problem with the CBI is that it is governed by an archaic law called the Delhi Special Police Establishment (DSPE) Act, 1946 (DSPE Act). This law has a curious provision that  allows State Governments to withdraw the “general consent” to it. In such a case, the CBI needs directions from the High Court or the Supreme Court on probes related to the State investigating agencies.

As a result of this provision, the CBI has been  blocked by Punjab, Kerala, Maharashtra, Chhattisgarh, Jharkhand, Rajasthan, West Bengal and Mizoram. This is the first time in the history of the agency that so many States have banned it from their turfs. As a result, the CBI has had to approach courts in order to be able to conduct raids and investigations in these States. This restriction even stops the CBI from conducting investigations at Central Government offices in these States. Probes into complaints of petty bribery in Central Government organisations in these States are subject to permissions of the local governments. Needless to say, this is a big hurdle in the working of the CBI.

When in 2018, the Telugu Desam Party (TDP) left the BJP-headed NDA, the Andhra Pradesh Government used this special provision in the DSPE Act and blocked the CBI from entering the State, sensing political vendetta. It was only in mid-2019 that the position changed after the BJP-friendly YSR Congress regime came to power. Similarly, during the probe in the Saradha scam, when the CBI summoned the Kolkata Police Commissioner, the West Bengal Government ruled by the Trinamool Congress (TMC) also did the same and refused it permission. Anyway, in the end, the State could not  block the probe in the Saradha Scam, as the investigation was handed over to the CBI by the Supreme Court. The agency also got support from the Supreme Court in arresting the Kolkata Police Commissioner, which had earlier been  prevented by the State administration.

Now, it faces the same situation with the eight States and will have to knock on the door of the courts just to be able to do its duty. So what is the remedy of this peculiar situation? The answer is simple: The archaic DSPE Act will have to be amended by the Central Government. The amendment, if it ever passes muster in Parliament, will empower the CBI to register or probe any case related to the Central Government in any part of the country without requiring the general consent of the States. The CBI should have been empowered long ago. Particularly after 2013, when the Gauhati High Court first questioned the validity of the agency. Even though the  next day the CBI was saved by a stay order issued by the apex court, this incident should have been an eye-opener for the Central Government to either amend the DSPE Act or bring about a new Act empowering the CBI.

But for the past seven years nothing happened to ameliorate the situation and the CBI’s administrative Ministry, the Department of Personnel and Training (DoPT), which is under the Prime Minister’s Office (PMO) has not yet taken a call to settle this vexed issue.

Ever since the dilution of the Prevention of Corruption Act in 2018, the CBI has been facing a big handicap. Section 13(1)(d), which gave the agency its  powers, was scrapped. The 2018 amendment of the Act put too many restrictions on the CBI even for a basic probe. As per the new rules, the CBI has to get a sanction for starting an investigation against officers under suspicion. This means getting a sanction from the senior officers of the same  organisation where corrupt practices have been spotted. Will a senior officer, particularly one who is in cahoots with corrupt officers, give sanction to probe his/her junior? Plus, even if the senior officer is honest, the moment the CBI applies for sanction to probe graft in the organisation, others will come to know of it, corrupt officers will cover their tracks and the trail will go cold.

When these amendments were brought about, the Government said in Parliament that they were needed to protect officers. These changes were mooted by the UPA Government in 2012, when it was facing the heat of a huge anti-corruption wave in the country. It is intriguing why the BJP Government, despite being in power for many years, has carried forward the Congress-led UPA’s policy which diluted the powers of the CBI.

The amendments have opened a Pandora’s Box as many accused people and companies, facing trial or appeal in corruption cases, have approached High Courts around the country arguing that they should also get the benefit of the now diluted Prevention of Corruption Act of 2018.

The CBI and the Enforcement Directorate (ED) are appealing in the Delhi High Court against the 2G case trial court’s verdict, which surprisingly acquitted all accused persons and companies. From October 5 onwards, a daily hearing is being held on the appeal and for the last 30 days, all the accused are arguing that they have filed a case in another Bench seeking the favours of the provisions of the new Prevention of Corruption Act, though they were charged under the old Act. This has affected ongoing trials too.

Though the law is very clear on this aspect that the charges are based on the laws that were prevalent at the time of the commission of the crime, this amendment has delayed many cases across India. The CBI was once slammed by the Supreme Court for dragging its feet in the Jain Hawala case. In the 1997 judgment in the case filed by journalist Vineet Narain, the court laid down guidelines to ensure independence and autonomy of the CBI and ordered that the agency  be placed under the supervision of the Central Vigilance Commission (CVC) and be freed from executive control or interference. But we have seen the spirit of this landmark judgment sabotaged in the infamous tussle between the CBI Director Alok Verma and Special Director Rakesh Asthana in 2018.

Even though the Supreme Court has given many judgments on sanction for prosecution, all Governments have been eager to protect senior officers from the Joint Secretary level and above in corruption cases. And the dilution of the Act in 2018 completely sabotaged the spirit of many landmark judgments on Sanction for Prosecution of high level officers.

Laws are an evolving process and it is time for the Central Government to bring appropriate amendments in the archaic DSPE Act of 1946. It is time to nullify the general consent-giving power of the States to the CBI for probing Central Government organisations on their turfs. The Central Government must also analyse what it achieved by diluting the Prevention of Corruption Act in 2018 and its impact on the prosecution of corrupt people.