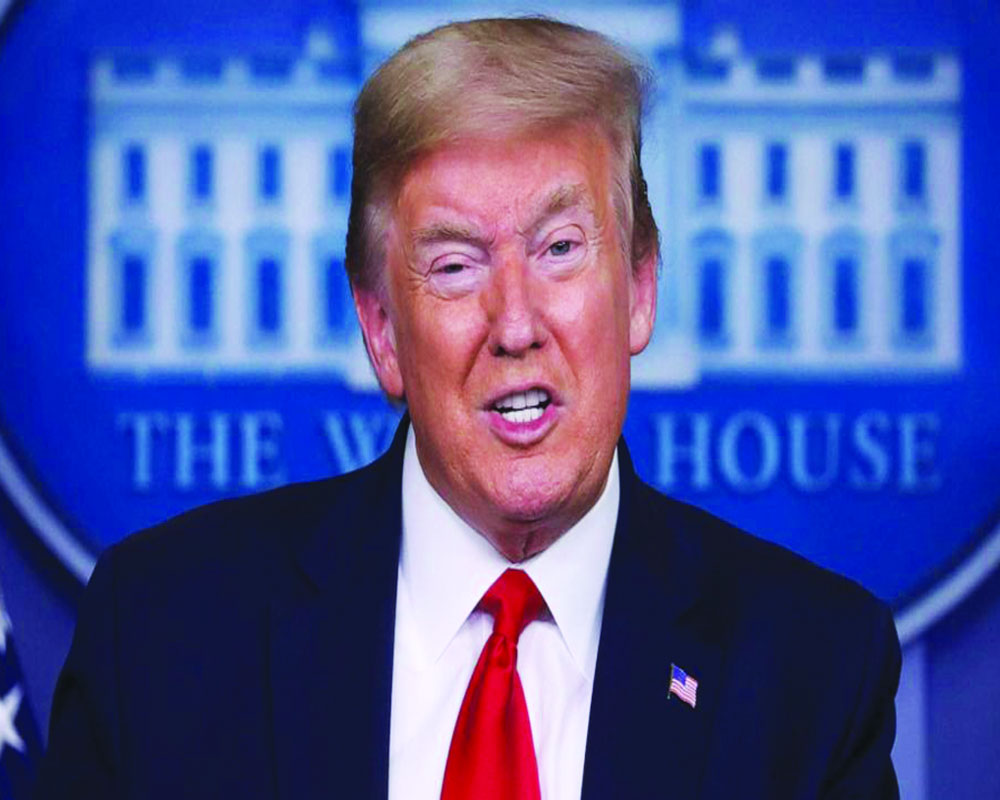 The liberal Left cannot disregard the role it played in the rise of Trump. Ignoring ordinary voters would be a catalyst for another populist surge

There was only one possible reflection on that extraordinary broadcast from the Trump bunker. How did this ludicrous, dangerously ignorant man ever become president of the United States? That is not a rhetorical question. We need to know how and why this was possible, not only for the sake of America’s political future but for ours, too.

Before the whole hideous chapter is written off as a historical aberration, it is important to understand the sense in which it was not surprising at all. There was, in fact, a kind of inevitability about it: a vacancy that was waiting to be filled by some demagogic figure who would offer what mainstream politics was refusing to provide. And make no mistake, the policies – and even the attitudes – that he embodied addressed directly the frustrations of a huge proportion of the population, as evidenced by the first election victory and the remarkably narrow result of the second.

Yes, somebody was needed to carry out this task but why did it have to be a man like this? An obnoxious ignoramus who appeared to know nothing about the Constitution – even though every American school child learns to recite its basic provisions like a catechism?

The answer is quite simple. If you make certain views unspeakable, then only the unspeakable will be prepared to express them. A clue lies in that infamously damaging remark made by Hillary Clinton during the 2016 campaign in which she described Trump supporters as a “basket of deplorables.”

The essence of democratic freedom is argument and open debate. You enter the game on the assumption that this is a principled contest, not a mud fight. So you do not just castigate and condemn your opponents, treating their position as beneath contempt. Which is not to say that you must be gentle or even courteous: I fully understand the view that some political opinions are so maligned that they must be met with anger and hostility. But how much more effective to attack the “deplorable” programme with devastating accuracy, to rip the position to shreds with rigorous criticism, to disprove its claims and undermine belief in its effectiveness?

Of course, there is one obvious reason why Mrs Clinton in 2016, or the Biden campaign in 2020, or the liberal media both times, could not easily do this. Because many of the policies which Trump advocated – and the complaints that he made on behalf of the “forgotten man”, ironically a phrase associated with the presidency of the greatest Left-liberal of them all, Franklin Roosevelt – were sound and convincing. Particularly convincing to a vast army of dispossessed victims of the post-industrial apocalypse which had decimated blue collar America.

These are the people who believed themselves to be not just “forgotten” but despised. To fail to see this was the unforgivable error not only of the Democrats and their camp followers in the media but of most of the Republican Party too.

It may be difficult for the British, with their ingrained class guilt, to understand how this could have happened so easily: how such blithe indifference to the concerns of communities that were built on old industries like mining and steel production could be written off by Democrat politicians who would once have seen such places as their natural base. Hillary Clinton did not even bother to campaign in the rust belt – presumably because she knew that her feminist message about glass ceilings was unlikely to beguile women who were more worried about putting food on the table. Joe Biden did campaign frenetically in those places but without many substantive policy proposals to counter the protectionist solution that Trump had offered.

We are seeing a remarkably similar tendency here but the Islingtonisation of the Labour party with its new metropolitan obsessions is, at least, an ongoing ideological battle. The abandonment of working class voters became a point of huge interest once again with the breaching of the northern Red Wall by the Tories in the last general election. Class disadvantage is still very much a live electoral issue in Britain. To become a part of the educated middle class is to enter immediately – with one jump – into the privileged elite which accepts noblesse oblige as a historic duty.

But American political culture is very different. There is almost no sense of inherited responsibility to those who are poor or victimised by economic change – especially if they are White. The American credo is that you should strive to succeed in whatever circumstances you find yourself: that is why you (or your forebears) came to the country.

Almost everybody started poor. If you do not succeed, by equipping yourself with whatever skills or personal characteristics are necessary or by moving across the country to somewhere with better opportunities, then that is largely your own fault. Self-determination is not optional: it is a moral obligation. What follows from this? That poverty or failure are not to be passively accepted and treated with patronising compassion – which is why most Americans will vote against democratic socialism.

It is important to realise that even most of the American poor feel this way. What they want is what Trump promised them – “jobs, jobs, jobs”, not welfare dependency. So dismissing their anger and failing to offer solutions which restore their dignity and self-worth is an inexcusable betrayal, not just of them but of the American dream – the national spirit, the whole point of the country’s existence as a refuge for those who want to make something of themselves.

That is what Trump stood for. To the surprise of the liberal establishment, huge numbers of Black and Latino voters were attracted to this message because, like most Americans, they did not want to see themselves as permanent victims or losers. What they wanted was a chance to succeed.

Over the coming months, senior Republicans and Democrats are going to have to find a way to talk to the Trump constituency without insulting them. If they don’t, then it will just be a matter of time before another ranting populist lures them away. And the next one might be less obviously absurd.