Why we slip into amnesia

Why we slip into amnesia 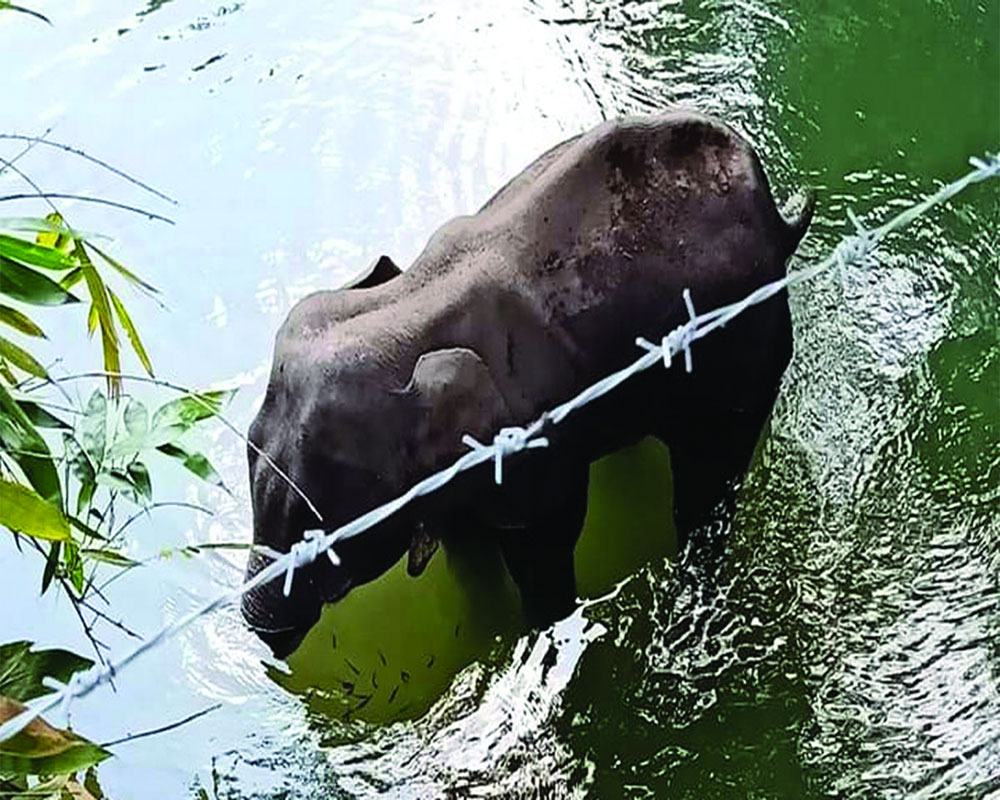 Today is June 27. On May 27, a pregnant elephant collapsed in Velliyar river in Kerala’s Palakkad district and drowned. She had bitten a coconut filled with explosives on May 12, suffering terrible wounds in her oral cavity. Unable to eat and drink and in continuous, excruciating agony, she had, on May 25, come and stood in the river. Efforts to treat her failed. Finally, weak and exhausted, she could not stand any more.

The incident had set off a global wave of outrage, compelling the Kerala Government, not known for its overflowing concern for animals under any dispensation, to order an investigation. One person was reportedly arrested and two were absconding. A month has passed. The print and electronic media no longer report on the matter. One does not know whether the two absconders are still at large. Nor are people asking. Here is yet another example of collective amnesia, which often allows outrages and their perpetrators to go unpunished.

It is important that the killers of the pregnant elephant are given deterrent punishment and the flourishing trade in illegal explosives, which enabled her killing and which is regularly used to kill wild boars, is squelched. The Kerala Government, which, much to the chagrin of animal lovers, allowed the killing of wild boars in May, laid down certain conditions. These, such as certification by the local authorities that the area concerned was suffering crop loss on account of sustained depredations by wild boars, and that the killing had to be by shooting and by someone from an empanelled group of firearm owners, are merrily ignored. They are killed by putting explosives in the food used as bait. While they do devour crops, illegal sale of their meat is a thriving business in some parts of Kerala. Not just that, nothing can justify such a horribly cruel way of killing. Besides, the explosives involved are also used to kill humans in inter-gang and inter-party political clashes. Yet, as their free use indicates, nothing effective has been done to control their circulation.

No one talks about all this any more. This, however, is not the only instance of its kind. Relegation from the foreground of public consciousness over time happens with most incidents, however convulsive their initial impact. Of course, an event affects people in varying degrees, depending on their ideology, social and religious values, intellect and/or whether they have personal reasons to be happy or sad. Thus, some remember the event for a long time and with great intensity. It remains as background memory in others and some forget it altogether. Even those belonging to the first category are generally not moved enough to demand follow-up or punitive action where necessary.

This also goes for groups.  It is imperative to examine why this happens because it has obvious implications in terms of follow-up/corrective action important to society. Time has almost always caused wounds to heal and memories to fade. The phenomenon has now acquired an unprecedented force because of the volume, speed and the global nature of information flow and the cultural process that mediates our internalisation of it. When news flows in succession, one item is pushed out of consciousness by the next, unless, as indicated above, there is a special reason to remember it.

The process underwent a qualitative leap with the advent of the telegraph in the 19th century, which made for instantaneous transmission of information over vast distances. Much of this massive flow was irrelevant to the lives of the recipients, who could neither do anything about them nor understand their significance. Newspapers, which took to the telegraph with alacrity, played a critical role in initiating and perpetuating such flow. Locked in intense competition among themselves, they carried news that were sensational, titillating and exotic even if they were from afar and did not connect with the lives of the readers. Such news items were read for lascivious entertainment and forgotten thereafter. Amusement became an important component of newspaper reading.

Neil Postman underlined an important result of this when he wrote in Amusing Ourselves to Death: Public Discourse in the Age of Show Business, “most of our daily news is inert, consisting of information that gives us something to talk about but cannot lead to any meaningful action. This fact is the principal legacy of the telegraph. By generating an abundance of irrelevant information, it has dramatically altered what may be called the ‘information-action ratio.’”

The process has been aggravated by what has been called de-contextualisation in which newspapers present events in isolation from their contexts and without any explanation or reference to their backgrounds to distant readers or viewers unfamiliar with their context or significance. They are read mainly for amusement and curiosity without serious engagement, leading to action in respect of their consequences. Despite being most disturbing in its implications, the trend did not assume proportions threatening serious discourse and total ephemerality in response to news items. This was because the latter was dominated by the print media and the written culture based on language, which expresses and comprehends ideas symbolically and encourages reflection and thinking. Postman observes, “Even the simplest act of naming a thing is an act of thinking — of comparing one thing with others, selecting some features in common, ignoring what is different, (del comma) and making an imaginary category.”

The advent of photography further aggravated the process of de-contextualisation and made a change in the cognition of reality. A photograph is recognised; a word is interpreted. Except to those in the know, a photograph says nothing about a place where it has been taken or a chain of events of which it represents a visual fragment. Thus, the image of the cardboard model of a house on fire can be seen as an actual house burning.

Then came television and with it a revolution in the culture of responding to information. The combination of moving images, sounds, music and the vicarious experience of the exciting reality it provides is rivetting. If all this lends to television programmes with an ambience that is entertaining, so does the fact that they are preceded, followed and punctuated by advertisements with attractive visuals of products and models. It is not surprising that Postman considers entertainment to be “the supra-ideology of all discourse on television. No matter what is depicted and from which point of view, the over-arching presumption is that it is there for our entertainment and pleasure.”

There are doubtless television programmes that are meant to provoke thought. But these remain within the entertainment genre. The commentary is overshadowed by moving figures on the screen; besides, these have to be with the mandatory advertisements which cover costs and yield profit.

Finally, television breeds passivity as most people are trapped in the flow of images and sounds and are unable to disengage or reflect, which alone can lead to action. This attitude toward virtual reality also comes to affect their approach to reality itself, a process that is aggravated by hopelessness about their ability to change reality, however harsh. Passivity becomes a way of life, the implications of which are obvious.