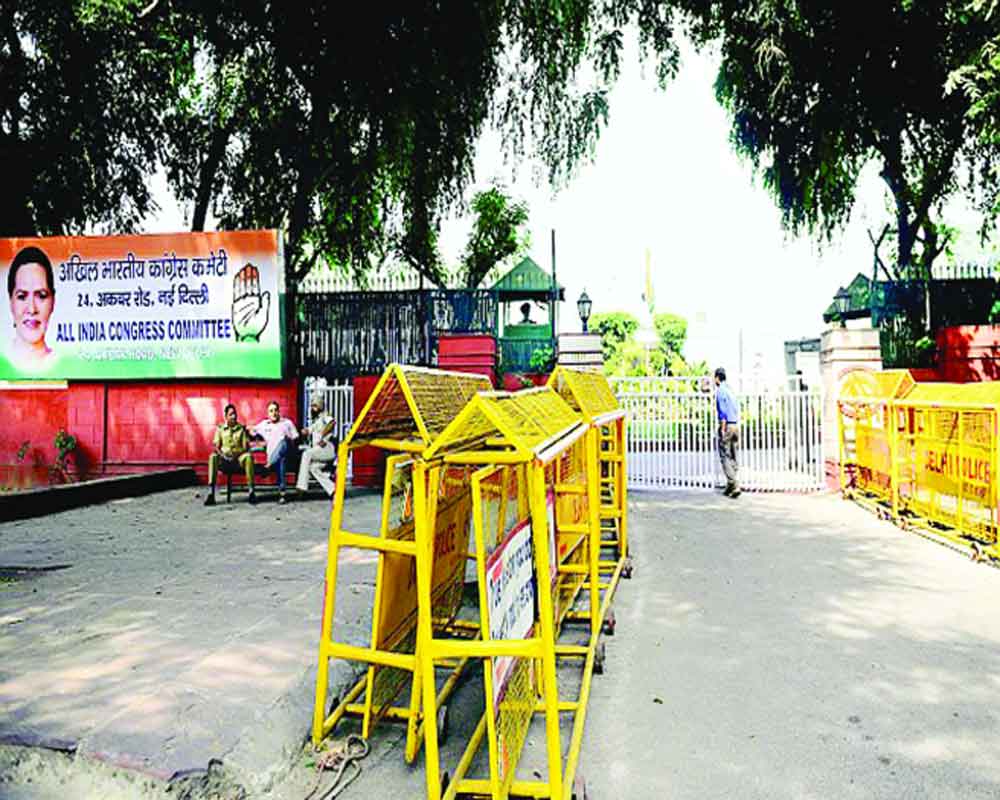 The infighting has spilled out in the public space, plunging the party to new lows

The Congress wouldn’t have been the way it is without its egoistic sabre-rattling and dirty infighting. But the knives-out civil war and the unabashed blood-letting in the party, post its unprecedented debacle in the Delhi Assembly elections, have got to be a new low, even by its own standards. Senior leader Jairam Ramesh summed it up the best when he candidly admitted that Congress leaders had forgotten they were out of power for six years but were still behaving as arrogantly as Ministers. Another articulate leader and now tainted ex-Finance Minister P Chidambaram publicly passed off the challenge to counter the BJP to State parties. He was promptly pulled up for relinquishing the party’s own responsibility in defeat by the daughter of the dyed-in-the-wool Congressman Pranab Mukherjee, Sharmistha Mukherjee. The worst was the public denunciation of Sheila Dikshit, who transformed Delhi during a 15-year reign as Chief Minister and gave a creditable legacy to the party, and attributing the present factionalism to her. Such name-calling is not just churlish, it is morally wrong. Not even the smallest outfit would make its internal battles public for the sake of propriety. But then all of the Congress’ Central leaders seem to have had a mental derangement in the face of their self-created adversities. And suffering waves of frustration since 2014, have lost the script. They are also delusional, thinking their words still matter at a time that they have become a fringe third or fourth player in certain States. Make no mistake, the Congress revival in States has been possible because of the strength of the local leadership, like in Punjab, Rajasthan and Madhya Pradesh, and some default settings. But durbar leaders are too blinded by powerlessness to recognise their assets. Even the leadership of the Gandhis can’t save the party because a new India is averse to the politics of entitlement. The Congress may espouse the power of democracy but is yet to apply it to itself.

The Delhi rout was but expected with even the common man on the street wondering if it should bow out of the race respectfully than play vote-cutter. The only assets the party has are its pan-India footprint and historical recall. It can still reinvent itself, begin with organisational elections and choose the strongest as its president. It needs to overturn the dynastic hold with a battery of young leaders who can be tasked to lead each State as equals.  It needs to follow result-oriented formula. Or else it will not find anybody to write its epitaph.