Win some, lose some

Win some, lose some 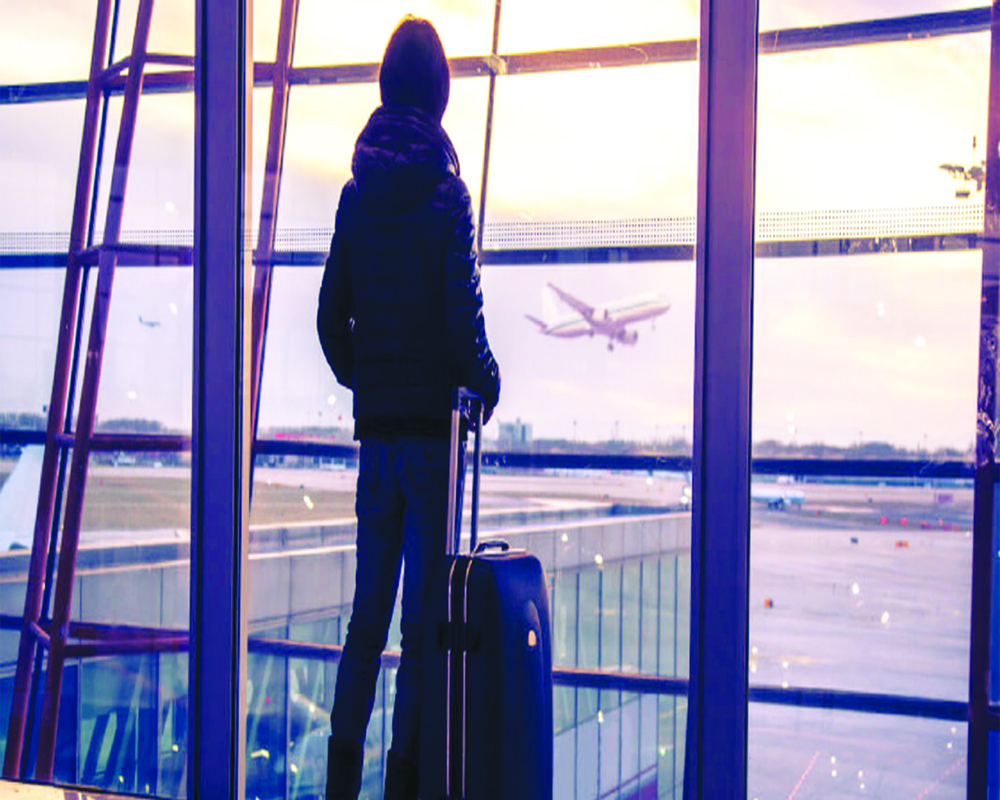 This surrender of outbound LTC travel would negatively impact the tourism sector, which is already floundering. It is a demand swap; the present with the future, FMCG with tourism

Finance Minister Nirmala Sitharaman recently announced two special offers for Central Government employees, which she hopes can also be suitably modified and extended for State Government staff and availed even by private sector workers employed in the organised sector. In short, the Centre announced a fresh stimulus for the ailing economy, focussing on demand. This includes optional use of the Leave Travel Concession (LTC) facility for spending on consumer items, one-time restoration of festival advance and additional capital expenditure by the Centre and States. However, the alternative for LTC could be a damp squib as the condition of higher spend may not find many takers.

As per the announcements, Central Government  employees can choose to get some ready cash if they forego their LTC entitlement for the block year of 2018-2021. In addition, every Central Government employee, irrespective of rank, will get a prepaid Rupay card loaded with Rs 10,000. Swipe it for any expenditure by March 31, 2021 (no cash draw) and repay the advance in 10 monthly instalments. No interest, no tax on deemed benefit. Under the LTC scheme, Central Government  employees get reimbursement of the cost of some personal travel undertaken by them and their family members. For civilian staff, it is a trip to their hometown once in two years and to anywhere within the country in the next block of two years. For defence personnel, it is the annual hometown visit and in the alternative year to anywhere in India in lieu of hometown travel. There are similar provisions of LTC benefits for the judicial and legislative branch of the State with a different set of entitlements and rules.

The current LTC block year is 2018-2021. During this four calendar years’ period, a civilian Central Government employee can avail reimbursement of fare for two trips from his place of duty, one in 2018-19 and another in 2020-21. Both trips can be to his hometown or one to the hometown and the other to anywhere else in India.

The concession admissible for a particular block of two years, which is not availed during that time period, can be availed in the first year of the next block. So, if someone hasn’t availed LTC during January 2018-December 2019, he can do so by December 2020. Likewise, the LTC due for 2020-21 can be availed by December 2022, subject to certain conditions.

To promote tourism to remote areas, the Government has been allowing its staff to use their hometown LTC to visit specified remote areas. It has been allowing air travel to these areas to even those employees who are not normally permitted to travel by air at Government cost. This has been a hugely popular move. This special scheme has now been extended up to September 25, 2022. The conversion of hometown LTC is allowed for travel to the North-Eastern States, Sikkim, Jammu & Kashmir, Ladakh, Andman & Nicobar Islands. Air travel to these destinations is permitted for all workers. Also, such trips in lieu of hometown LTC are permitted even by private airlines as an exception because the rule is that a trip at Government cost must be by Air India only. (Those Government servants whose hometown and place of posting are the same are not allowed this conversion.)

The Finance Minister has announced that an employee can choose not to travel on the LTC for block year 2018-21 and instead get some tax-free cash in lieu. Category I/II/II employees entitled for business class air travel/economy class air travel/rail travel will get up to Rs 36,000, Rs 20,000 and Rs 6,000, respectively for each family member who forgoes one LTC, subject to the following conditions.

The employee must also produce proof of having spent the entire amount of 10 days’ earned leave by March 31, 2021 through digital means on buying GST-invoiced goods/services with a minimum GST of 12 per cent. Spending less means pro rata cut in the actual cash benefit to be disbursed.

Most processed, packaged food items, healthcare, medicinal items, toiletries, cosmetics and so on attract 12 per cent GST. Telecom services bills, insurance premia, both life and general insurance, ULIPs and so on attract 18 per cent GST. Then, of course, there are the “sin goods” in the high GST bracket. So even without buying any expensive white goods/gadgets/car, it should be possible — except for some very frugal souls — to produce eligible GST invoices for monthly average spending of less than Rs 21,600/Rs 12,000/Rs 3,600 for Category I/II/III employees from now till March 2021. The few who might struggle to get sufficient invoices may buy goods for others. Petty invoices don’t even carry the buyer’s name and there are limits to how many checks can be there to stop misuse.

There have been intermittent suggestions in the past that the Government should give some lump sum cash in lieu of LTC benefit and save itself the hassle of processing the LTC claims. Moreover, not all of them are genuine. Long ago, many employees in an office were found to have submitted fake LTC claims for long distance travel by road. The trip was actually not undertaken as there was no entry of the quoted private bus having crossed various toll booths. Dozens were dismissed from service in a severe disciplinary action. After that, the Government made a rule that road travel by private bus would not be eligible for LTC reimbursement.

Cases of LTC claims based on fake air travel — even by some high public functionaries — forced some offices to introduce the provision for submission of proof of the actual trip in case of air travel, like some photographs and so on, all of which can also be manipulated in this age of technology.  Some private airlines used to misuse the LTC to include even hotel stay and so on in the packaged fare because only the fare is reimbursed. All other costs of boarding and lodging at the destination are expected to be borne by employees. To overcome this fraud, the Government introduced standard LTC fares and restricted travel to Air India only (except for the North-East and so on). Frauds by a few dishonest end up making life miserable for everyone, with the Government being forced to come out with stricter regulations. Checking LTC fraud is an administrative hassle and some argue that it is better to unconditionally give cash in lieu of LTC. So far, this argument has not carried weight for two reasons.

First, the Government wants employees to rejuvenate themselves through travel and promote domestic tourism. Second, LTC is not availed by everyone. There are many who don’t find time and many others who find that they cannot afford non-fare expenses during travel. If the Government decides to give cash in lieu of LTC, it would give it to everyone, even to those who would not have availed of LTC on their own. For them, the cash equivalent is a bonanza.

The Central Government hopes that the State Governments and the private sector will take a cue and offer similar schemes, with the Centre promising not to tax the cash equivalent of the LTC. Many States limit their LTC scheme to travel within the State and so the financial impact would also be limited. For private sector employees, tax concession on LTA can be a big incentive. All they have to do is produce GST invoices for three times the LTA. Spending three times the LTA by March 2021 may not be burdensome for most. Typically, the LTA is equal to one month’s salary and so one is being asked to spend three months’ salary by March to save income tax on LTA. Of course, there is the option of buying for others. In a country like ours, governments put riders and creative minds invent workarounds.

Giving cash in lieu of LTC or giving tax concession on LTA subject to certain minimum spending of a certain type will certainly boost short-term consumption demand. Some of it would be mere displacement of expenditure that would have happened with or without the concession. This surrender of outbound LTC travel till December 2022 would negatively impact the travel and tourism industry which is already floundering. It is a demand swap; the present with the future, FMCG with travel and tourism. It is like robbing Peter to pay Paul.

(The writer is a retired IAAS officer, and former Special Secretary, Ministry of Commerce and Industry)