Both filmmaking and love are about self-discovery: Sara Ali Khan

Both filmmaking and love are about self-discovery: Sara Ali Khan 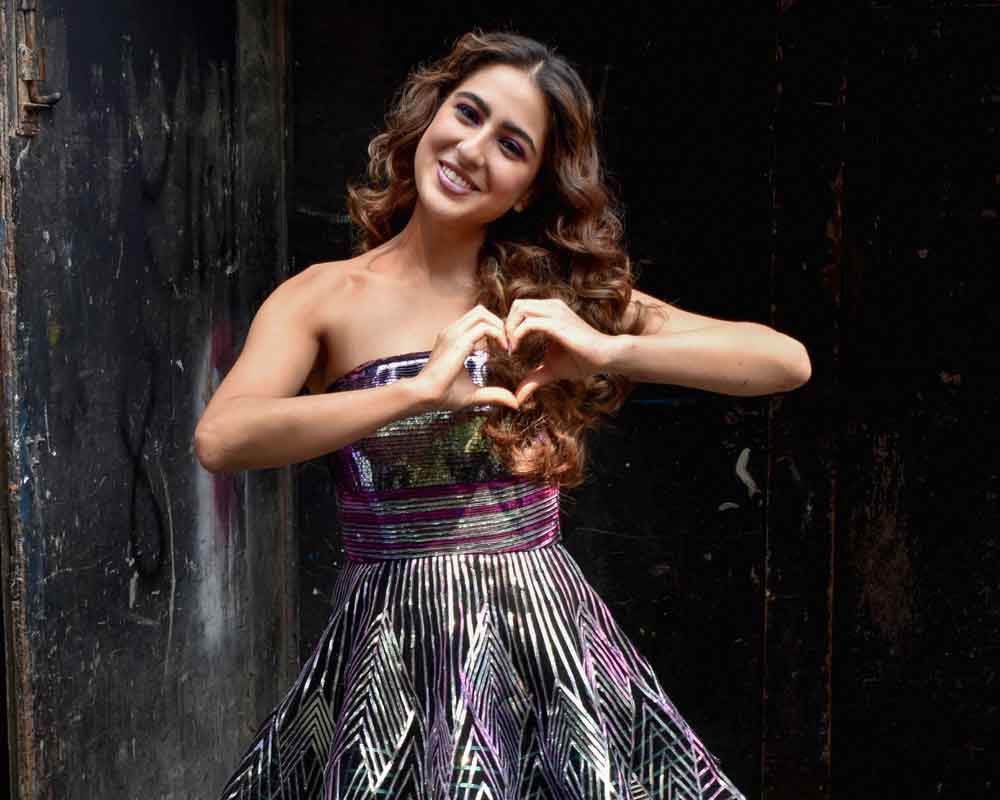 She is taking forward the story of a film that her father did 11 years ago, but for actor Sara Ali Khan the only thing "circular" about being a part of "Love Aaj Kal" is that both the films are looking for similar answers on love in different eras.

Sara, who is cast opposite Kartik Aaryan's Veer in "Love Aaj Kal", said she has never been someone who carefully plans anything, including her career.

"I have never really planned journeys. I feel privileged that so early in my career I got to the chance to work with the people I really wanted to, whether it is Imtiaz sir or Kartik. I hope each experience I have with different filmmakers enriches me further and adds to my personal bounty of experiences.

"The only thing extremely circular about this is that filmmaking is a journey, love is a journey. In 'Love Aaj Kal', we had a journey about love and filmmaking, and I don't really know which was what. Both filmmaking and love are somewhere down the line a means to discover ourselves. I hope I never stop doing that," the actor told PTI in an interview.

Sara, who plays a modern working woman in Zoe, said her character carries "burdens of the past" but comes to an understanding about love through the story that is set in the past, which features Kartik as Raghu and Arushi Sharma as Leena.

"Love is not linear, it's affected by a lot of things. It's affected by what's inside you and outside. Zoe's constantly getting influenced by her mother, her career and also by Raghu's story because of Raghu's relationship with Leena, which I think is the soul of the film. It's about how love 'kal' affects love 'aaj' because all of us carry burdens of the past and memories," the actor said.

Sara said the film conveys that while the expression of love has changed over the years, its timelessness is something that will never lose its appeal.

"For Zoe, specifically, times have changed and the expression of love has changed. There's also an inherent message of the timelessness of love," she added.

The actor, who started her movie career with 2019 film "Kedarnath", said she wants to explore every aspect of being a performer.

"As an actor, I'm young and want to discover myself. I want to do diverse films, whether it is a larger-than-life commercial film with David (Dhawan) sir, or a true hard-hitting narrative with Imtiaz sir or a self-seeking project with Aanand (L Rai) sir. I just want to continue with all of that," she said.

Sara's comments about having a crush on Kartik, who is now her co-star, have acquired a life of their own with fans shipping them as "Sartik" but the actor said their collaboration was in no influenced by the buzz surrounding their personal life.

"Today, only real things are able to connect with people. Audiences have become too smart. Promoting an Imtiaz Ali romantic film based on what I said on a show would be doing a very bad job. I think there (about the pairing) is something that people are liking, enjoying and that's what it's about," she said.